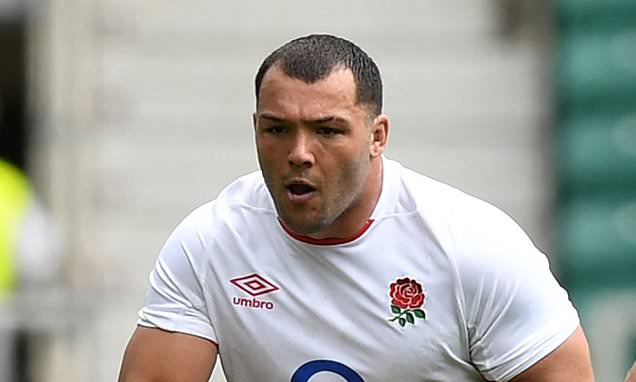 In five years Ellis Genge has gone from Eddie Jones’ problem pupil to a shining example in the England team – and now the prop is ready to reach for the top of the class.

The Leicester prop, 26, will play Canada on Saturday as one of England’s leaders – now a pin-up as a player who grafted his way to the top.

‘I’ve become the example on the whiteboard,’ said Genge who made his debut in 2016. 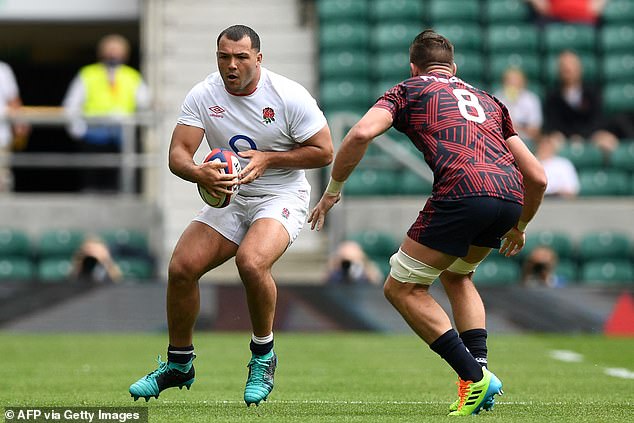 ‘It’s funny as I hear Eddie speak now in some of the meetings, and as you know he’s quite direct and to the point with players, so if he feels players are throwing their toys out the cot with regards to selection or anything that’s going wrong he gives examples.

‘It makes me chuckle because I can remember doing all the things he talks about!’

‘It’s nice to see I’ve overcome those obstacles, and I guess that’s where I come in in terms of leadership off the pitch. I got five caps in two years so had to wait, do all the game training, sprints, fitness and get sent home every week for a long time.

‘I think he’s a big believer in if you do the hard yards you reap the rewards. I enjoy boys looking to me for leadership to take them forward now.’

Genge, now a father to son Ragh who saw him play for his country for the first time against the USA last weekend, has big goals now in his future years with England. 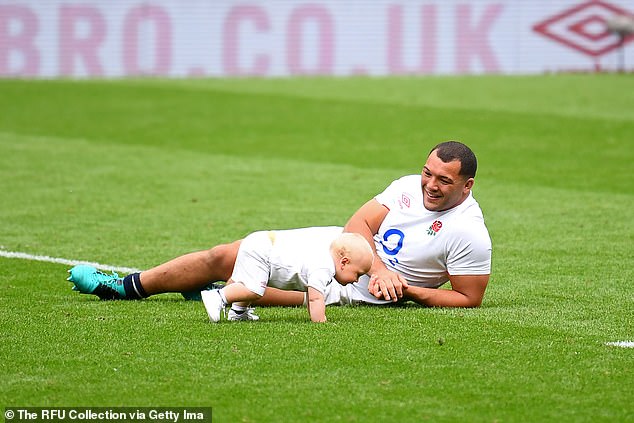 ‘I want to go on a Lions tour. I want to be the best in the world in my position, of course I do. Although you don’t ask monkeys to swim and fish to climb trees, do you? Everyone is good at different things.’

England will hand caps to Dan Kelly, Adam Radwan, Harry Wells and Alex Dombrandt at Twickenham but are without Ted Hill (ankle) and Josh McNally (shoulder) – the seventh and eighth players injured in training this summer – as well as Max Malins (shoulder) and Ollie Lawrence (concussion) hurt in the USA win. 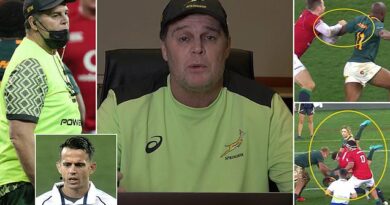 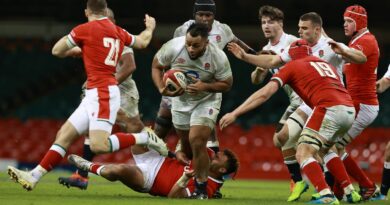