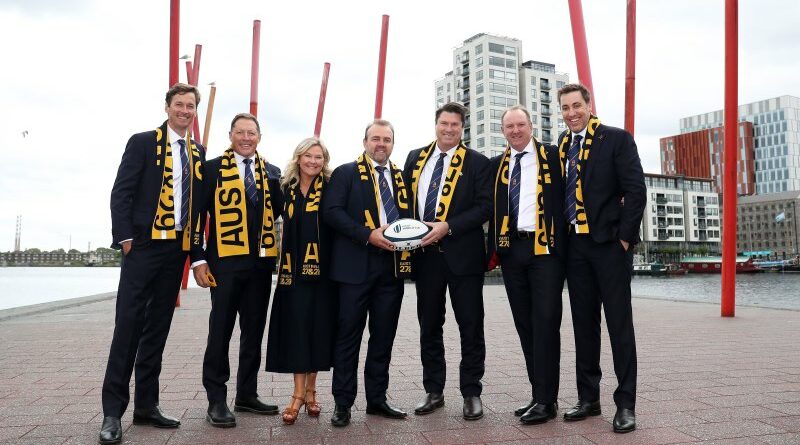 If there was an air of inevitability hanging over Australia’s bid for the 2027 Rugby World Cup, it was masking desperation.

“In truth, it was the only option we had to save the game,” Rugby Australia chairman Hamish McLennan told the Herald. “It got all of our various forces focused on the long term, not the week-in, week-out problems that we had. We needed to play a more long-term game and give it an adequate runway to get [the game] fixed properly.”

McLennan knew it within a few days of his involvement with the RA board back in 2020, when a novel coronavirus was hitting news bulletins but not any panic buttons. Yet.

“When I started talking to (then-chairman) Paul McLean and when I was interviewed, I was thinking through, ‘if I do join the board, how are we going to save it, how are we going to inject momentum into the sport’,” he said. “I looked at 2027 (World Cup) and thought ‘that’s something we’ve got to win’.”

By the time McLennan was appointed chairman-elect, two months later, the pandemic had brought Australian rugby to its knees. No professional sport escaped unscathed, but rugby really had its pants pulled down. Facing a $27 million black hole, what McLennan thought could be a “light on the hill” to heal a riven code came to represent an urgent matter of survival.

“RA and the game was in really bad shape through COVID,” he said. “There was a lot of infighting within the organisation and outside it, with the fan base and ex-players. It was clear, for me certainly, that the Rugby World Cup in 2027 was a big goal to shoot for.”

“We were on the trapeze without a net last year and there was nothing in the cupboard.”

Bringing a third World Cup to Australian shores was already a three-year-old goal by the time McLennan and his new chief executive, Andy Marinos, took the reins. But Australia had mounted a failed bid to host the 2021 women’s World Cup in 2018, enduring the humiliation of being pipped in the voting by New Zealand, no less.

McLennan dusted off the idea and put it in prime position on the mantelpiece. An ad man by trade, who rose from the mail room of a Sydney agency to lead the global operations of industry heavyweight Young & Rubicam, he knew the power of a catalyst.

In his Y&R days in New York, McLennan personally pitched former US presidential candidate Al Gore to present to a room full of advertising types at the industry’s annual awards do in Cannes. Gore had made his documentary An Inconvenient Truth the year prior and McLennan wanted something – someone – to re-launch Y&R as a creative force. Gore’s headlining speech sold out and sparked the trend for high profile individuals to present at Cannes. It was also a move which, one year later, helped McLennan poach industry titan Tony Granger from Saatchi & Saatchi to ratchet up Y&R’s creative turnaround. The pair were feted in subsequent years for the commercial and creative success of their partnership.

Fifteen years on, McLennan is plotting a rugby renaissance, with Thursday’s confirmation of Australia’s successful bid his first major victory. 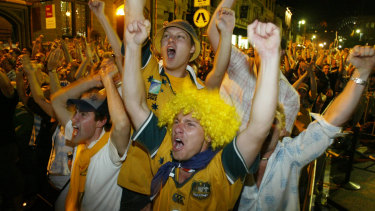 Wallabies fans at a live site at the Rocks in the 2003 Rugby World Cup.Credit:David Moir

Sceptics will point out that Australia won it in the absence of any serious competition, which is true. There was a brief challenge from Russia in July 2020 but the country’s pariah status due to doping violations saw its bid swallowed up in the appeals system in the Court of Arbitration for Sport. USA Rugby was interested but were convinced to shoot for 2031 instead (and awarded those hosting rights in the same vote on Thursday).

Indeed, by the end of last year RA’s team of McLennan, Marinos, French and bid director Phil Kearns, had secured ‘preferred bidder’ status, a milestone Kearns likened to being “20 points up with one minute to play”. There was no one else interested at that point. To everyone outside the bid team, Australia was a sure thing.

But that glosses over two years of feverish work on two fronts: convincing World Rugby that a tournament in Australia could generate enough money to refill the governing body’s war chest and – on the other side of that coin – drumming up interest and funding commitments from governments back home.

There were hurdles galore. 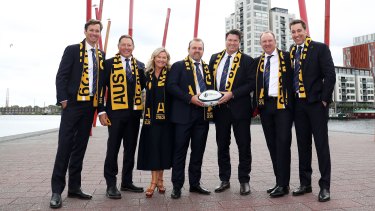 “Hamish and I recall coming out of World Rugby [executive committee] meetings – and just general conversation in the global rugby market – about it being so important when we come out of this pandemic that France (2023 World Cup) hits big numbers, and then from France we go to the next World Cup and it hits big numbers, because there’s a lot of stabilisation and re-capitalisation that the world game needs,” Marinos said.

“Those murmurings were the ones that got us aware that possibly in the northern hemisphere or a big private equity play out of America could gazump what we were trying to achieve.”

They navigated that by being “super-focused”, McLennan said. “We just kept going and remained absolutely committed to the cause”.

Securing preferred bidder status in November last year was a major win, but one not without drama. With a week’s notice, World Rugby let RA know they were overhauling the tournament hosting model, moving to a joint-venture model similar to the way the FIFA World Cup operated. With characteristic resilience, French and Kearns led the ‘pivot’, nailing the presentation in November. 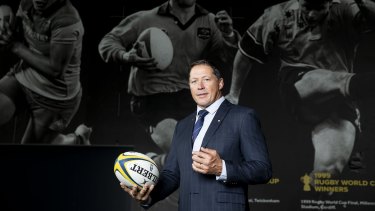 Phil Kearns has been the public face of Australia’s successful bid to host the 2027 Rugby World Cup.Credit:Jessica Hromas

Then, there was trouble at home. As the bid team prepared to fly north for more crucial meetings in March, news leaked that the federal government had baulked over money. Where the state governments of NSW, Victoria, South Australia, Western Australia and Queensland had pitched generously for games, there was a point early this year at which the Morrison government was not prepared to stump up anything, sources told the Herald. The news sent shockwaves through RA, but didn’t last long. By the end of March, federal treasurer Josh Frydenberg outlined support for the 2027 and 2029 women’s World Cup bids in the budget. There was no figure nominated but it was enough for RA to relax.

“It’s been a whole lot of complementary skills that have led to the point we’re at at the moment,” McLennan said.

Within a week of starting as chairman, McLennan unveiled a bid advisory board dripping with credibility and spanning business, politics and rugby. Former British Airways boss Rod Eddington was at the helm, with former prime minister John Howard, former governor general Sir Peter Cosgrove, Wallabies John Eales and Gary Ella, Fortescue Metals Group head Elizabeth Gaines and Qantas senior executive Olivia Wirth all running support. Kearns, as recognisable abroad as he is at home, was announced as bid director a few days after that.

McLennan and Marinos credit the bid advisory board’s inception with indicating to World Rugby that Australia would not take no for an answer – a “beat this” sideways glare at any furtive rival. It appears to have worked. After two years of living dangerously, McLennan has secured the catalyst for a rugby renaissance.

The next five years will be crucial to positioning the game, so it can draw maximum benefit from this golden opportunity. While the detail of the World Rugby-RA joint venture is yet to be worked out, RA are confident the tournament will deliver a profit large enough for a $100 million ‘future fund’ that will be used to grow the non-professional game.

“We were on the trapeze without a net last year and there was nothing in the cupboard,” McLennan said. “If we can have that sort of money locked away as an investment then I think we’ll be in great shape.” 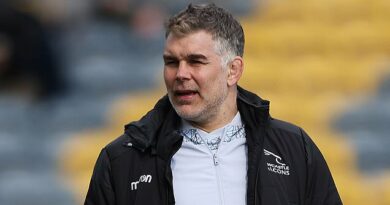 England’s Six Nations 2001: What happened next?