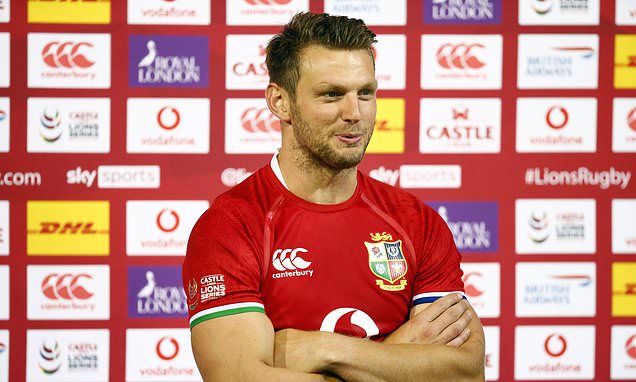 DAN BIGGAR: I have never relished getting back out on the rugby pitch so much after my 50-hour self-isolation… with Owen Farrell packing a scrum cap just in case he needed to be a forward against the Sharks on Wednesday!

After spending more than 50 hours self-isolating in my hotel bedroom, I have never been so relieved to get back out on a rugby pitch. I have never experienced anything like this week.

On Wednesday morning we received a message in bold on the team WhatsApp group saying: ‘Urgent action required… this is not a joke.’

It was from head of medical Prav Mathema telling us to stop what we were doing and go to our rooms. One of the guys was symptomatic and we all had to be PCR tested straight away. 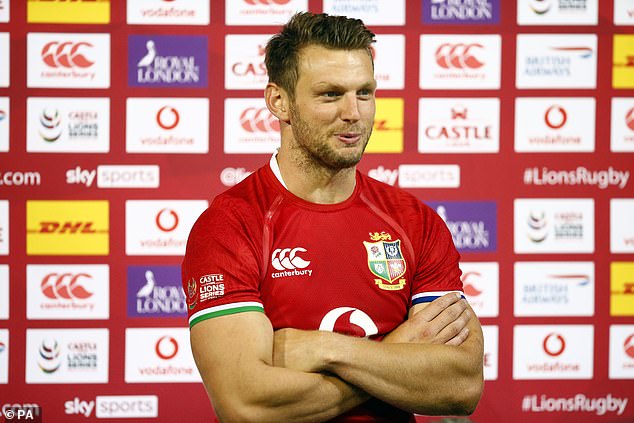 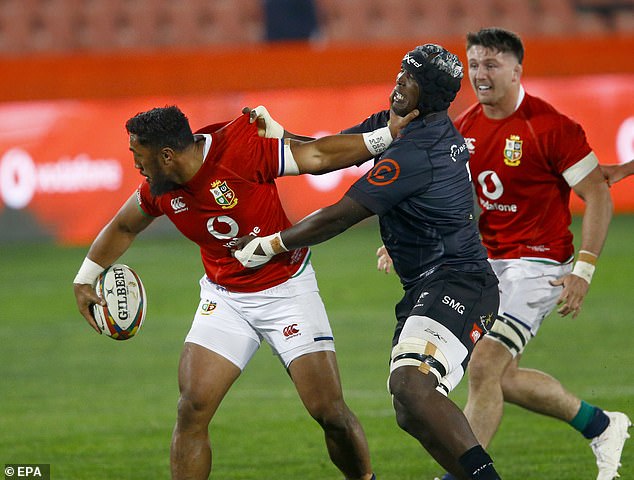 It was then a waiting game for the entire touring party. The PCR test results eventually came back 30 minutes before we were due to leave for that evening’s match against the Sharks.

My test came back negative but I was one of the group who had been pinged as a ‘close contact’. There were a lot of massively disappointed guys when we found out.

It was chaos. Guys were sticking their head out into the corridor to see who was leaving to get on the bus and who wasn’t.

Owen Farrell’s room is just up the corridor from mine and he was packing a scrum hat in case he needed to play in the forwards. That’s how much confusion there was.

I was gobsmacked they managed to get the game on but that shows the character of the squad.

I had to watch the match on TV by myself in my bedroom with the South African commentary.

It was a pleasant surprise to hear how complimentary they were. It made me laugh when I saw Louis Rees-Zammit wearing my No 10 shirt.

All the jerseys are personalised with your names and Faz is clearly a size or too bigger than I am.

It sounded a bit like the sort of scramble for shirts you have at local club rugby, where everyone sticks their hand in the kitbag and grabs whichever kit fits. 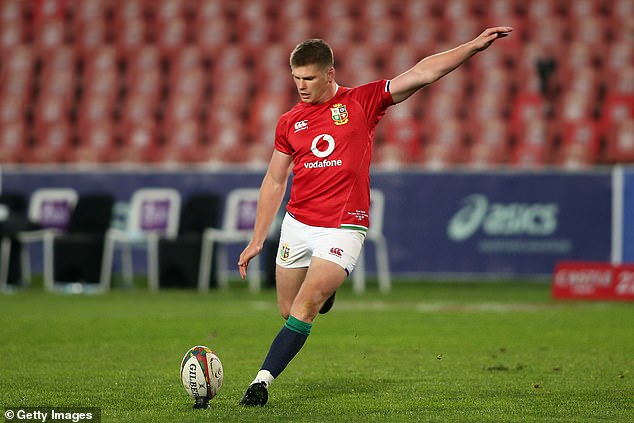 It wasn’t until Friday afternoon that we were given the green light to come out. The only time we left the rooms was for testing, which was one person in the lift at a time.

I had plenty of time to kill. I got a good deal on flights to Greece for a family holiday and watched an Amazon Prime series called ‘I Shouldn’t Be Alive’.

The entertainment committee deserve a shout-out because they organised a live magician show over Zoom, exclusively for the guys stuck in their rooms!

The strength and conditioning guys — Bobby Stridgeon, Huw Bennett and Jon Clarke — put on full PPE and delivered food to our rooms on trolleys.

They’re funny blokes and turned it into a bit of a show. I couldn’t complain too much but I’m mad on tomato ketchup and they didn’t put any on the side so I made a special request for that.

They also brought up some dumbbells so we could do a few weights in our rooms. I did a bit of stretching and brushed up on some tactical homework. 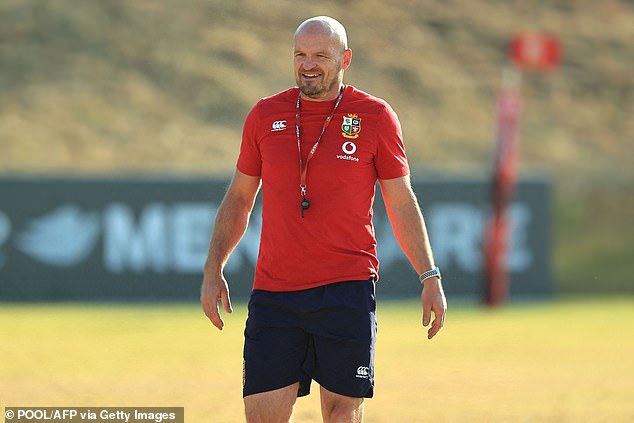 Myself, Finn Russell and Owen had a Zoom meeting with Gregor Townsend to go through some tweaks and some improvements.

When we were allowed out on Friday afternoon, we basically sprinted down the corridors to get outside.

We had an extended captain’s run because the guys hadn’t been active so we needed some time on the pitch.

One of our big focuses was to try to put together a few more phases yesterday. It’s fair to say we’ve scored a few of our tries relatively easily, so we wanted to test our shapes and patterns by keeping hold of the ball a little bit more and kicking to compete.

When we come up against the Springboks, we will need to keep the ball for long periods and look after it, so we wanted to try to replicate that in the game.

It feels like we are moving towards the business end of the tour now. Most of us will fly down to Cape Town today and the Tests are getting closer.

Tomos Williams deserves to be playing in South Africa

Tomos Williams proved again why he should be with the British and Irish Lions as he came off the bench to save Wales from embarrassment in their 20-20 draw against 14-man Argentina.

Even before Pumas full-back Cruz Mallia was sent off for a reckless high tackle on Kieran Hardy, Wales struggled and were trailing when Williams created a try for Will Rowlands and score one himself.

Jarrod Evans missed a penalty at the death. ‘We’ll take coming back from 20-6 down and it sets us up for this weekend when we’ll be trying to clinch a series,’ said Wales head coach Wayne Pivac. ‘We have to make sure we are disciplined.’

The Bobby Cup made its first appearance on Monday and it was an absolute belter. Josh Adams deservedly won it after scoring six tries in his first two matches.

The guy has been on fire. It’s tradition for a celebrity to make the announcement and we had a video from Usain Bolt. The boys loved it.

Tom Curry and Tadhg Furlong might be looking for DJ gigs when we get back from South Africa.

They’ve got a set of decks and have been entertaining guys in the team room. They call themselves ‘Scrum n Bass’.

I dropped Mike Brown a message to sweeten him up as he’s doing the Mail on Sunday player ratings!

It’s like when Roy Keane does the punditry on Manchester United and all the players are bricking themselves. Anything under five and I’d have been on to him!