Garry Ringrose smiles when it is put to him that he is no longer the new kid on the block.

At 23, it seems strange to suggest so, yet the rate with which this country is churning out exciting young talents, the next big thing is just around the corner.

Ringrose is a year older than James Ryan and Andrew Porter, and two years older than Jordan Larmour, but it still seems like yesterday that the fleet-footed centre was tearing up the schools game with Blackrock.

Two years ago in Chicago, Ringrose didn’t make it off the bench during Ireland’s famous win over the All Blacks.

Instead, his international debut came against Canada in Dublin a couple of weeks later.

The nerves still jangle when he pulls into the driveway at Carton House but it is a far cry from what he was like this time two years ago when he was learning just how rigorous Joe Schmidt’s demands are.

“Certainly at the start when I went into camp, I was a bit of a deer in the headlights,” Ringrose admits.

“Training was pretty tough and then just seeing how hard lads worked off the pitch as well was a big learning.

“Just in terms of looking after your body and staying on top of your recovery, nutrition, getting in on the laptops and analysing the opposition.

“It’s a long old list but when you see the top, top guys, it is no coincidence that they are there because they are still working hard on all those areas.”

This week in Chicago, Ringrose took on more of a leadership role as the coaching staff looked to take the players out of their comfort zone.

Ringrose isn’t one for screaming and shouting in the dressing-room but when he looks around and notices there are players younger than him, he knows how important it is to lead by example.

“There isn’t much of a rank when it comes to the squad, you are expected to be at a certain level and work as hard,” Ringrose maintains.

“I’m not the youngest any more with Jordan and the likes.

“Look at Jordan and James in their first Six Nations last year, how relaxed they were, how good they were to be able to produce big moments so fast was really impressive.

“As many lessons as I would learn off the senior guys, I am always learning things off Jordan and James as well.

“It’s definitely been a contributing factor to the success, that cohesion and closeness within the group.

“When you get in there, you just get into the mode. You know you have to produce. It’s not just on the pitch at training, it starts right from when you park the car.

“Whether it’s off-field analysis on the laptop or one-on-ones with the coaches, it is straight from the off and you have to be in the right head-space ready to attack.”

The fact that Schmidt opted to leave Robbie Henshaw at home speaks volumes for his plans for the Argentina game next week.

With the Athlone native an almost certainty to start, it leaves Ringrose and Bundee Aki scrapping it out to partner Henshaw in midfield.

Both players offer something different and it may be that Schmidt opts for more of a horses-for-courses type selection.

Ringrose’s case is helped by the fact that he has struck up such a good understanding with Henshaw at Leinster, but Aki has been outstanding since he made his debut last year.

“The competition to get into the 23 is incredibly tough,” Ringrose says.

“Hopefully it drives the group and individuals to be better. That lack of complacency should hopefully benefit the group, especially after the back of last year.

“You don’t really think too much about that or rest on your laurels with previous success. It’s about winning the next moment.”

Ringrose spent a lot of time working on trying to add new strings to his bow over the summer and it was been noticeable how much he is now offering himself as first and second receiver.

It’s an aspect of his play that made him stand out at underage level and working under top-class coaches like Schmidt, Stuart Lancaster and Felipe Contepomi is continuing to bring the best out of Ringrose.

“I don’t try and overly force it,” he explains.

“The ball still goes through the nine and the 10 the most. It’s more the odd time if it’s on, on say the short side, it’s about presenting yourself as an option.

“That is something Stuart would definitely encourage any of the outside backs, who are not the nine or 10, to step up.

“It’s not a matter of lightening the load, it’s just if you can take pressure off with an opportunity to attack yourself, then it’s about stepping up and taking it and being an increased threat on the ball.

“There are always areas where you can improve on. I’m no different.

“Over the last couple of weeks, there is definitely plenty of things that I have been working on. There are areas where I have been exposed (defensively).

“It’s about getting my footwork right that if you are going to accelerate off the line while the ball is in the air to make a read, you have to shorten your steps.

“Against guys now with such good footwork, it has to be better.

“I think it’s just a co-ordination thing and there is an element of timing to it as well. Sometimes you are thinking, could you load better? Could you load earlier? It’s about the decision you make and how quickly you make it.

“I think most players are harsh on themselves. That kind of ties in with the competitiveness. You have to be like that and look for any inch or any small aspect that you can get better at.

“You constantly have to look to see where you can get those one or two per cents in your performance as well as building on stuff that you might have done well. It’s a constant cycle.”

Today at Solider Field, Ringrose will get the chance to renew his midfield partnership with Aki.

The pair were excellent during the Six Nations after Henshaw was ruled out with a shoulder injury and getting the chance to play together again will bring back all kinds of special memories.

“Getting the chance to play with Bundee last year for the first time, he is so good,” Ringrose adds.

“Off the pitch we have been building that cohesion as well as on the pitch.

“I remember the week of the All Blacks game, the Cubs had won the World Series. There was a huge buzz around the city.

“As it grew closer to the game, there were more and more Irish jerseys. We were bumping into people from home.

“Certainly at the time I considered myself very lucky to be there and I still do, looking back on it. We’ll be aiming for a similar experience this time around.”

Garry Ringrose is an Audi ambassador and was speaking ahead of the launch of the new 191 range. 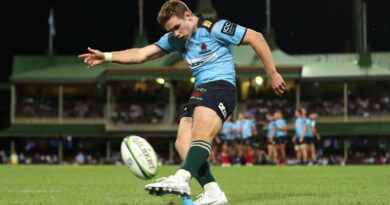 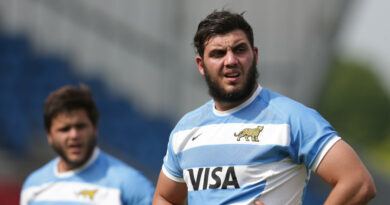 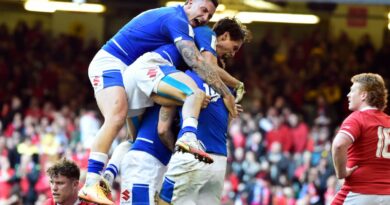