THIS used to be his playground. Ian McKinley was just eight when he first played for Ireland. He’d stand in a field of make-believe and sing ‘Amhrán na bhFiann’ before launching the ball from the tee.

“God’s garden”, as they call the 18th-century Moravian cemetery that straddled his acre of fantasy, housed a hushed audience. For this was his garden. His world.

“He was born to it,” says his mother Pam McKinley, staring out the window towards the green sward that backs on to their Whitechurch Road home beneath the Dublin mountains.

“He’d have been out there since he was able to walk, a ball in his hand,” she remembers. “Even at the age of two, his co-ordination and balance seemed out of the ordinary,” says her husband, Horace, rector of the nearby Anglican church which he has served for the last 42 years.

Tonight, McKinley will swap a toddler’s field for the Soldier Field. He will take his stand and hear the Irish national anthem, as he once dreamed of doing as a child.

And then he will hear his national anthem, ‘Il Canto degli Italiani’, the rousing melody that has become the soundtrack of his new existence; but wearing the blue of Italy, rather than the green of Ireland.

It has been quite the journey, one that has uneasily ferried McKinley from darkness into light. And tonight in Chicago his family will be there, as they have been every step of the way.

Pam never missed one of his games, whether it was tennis, hockey, soccer or GAA – he won a Dublin U-13 féile for Kilmacud Crokes in 2003 alongside Ian Madigan and Rory O’Carroll.

When he first arrived at Crokes, she was asked where had this great little footballer been hiding. He had been too good for his age grade in tennis and, as his family eschewed sport on a Sunday, soccer soon fell by the wayside.

And so GAA and rugby jousted for his heart; his first love would win. He went to St Columba’s, not a rugby stronghold, but McKinley thrived in the adversity, captaining the side for several years.

“One year they played Monkstown, the strong favourites, and held them 3-3 at half-time,” recalls Pam.

“They seemed like giants but Ian was roaring at his team. ‘They’re the same as us!’ They lost but what a battle. He always had that passion.”

Others courted him but he remained loyal despite the potential handicap to his career prospects; he need not have worried. Richie Murphy, now an Irish assistant coach, had already scouted him for Leinster; Gerry Murphy, the former Irish coach, was also a fan.

Six months after playing against Newpark in a schools’ tie, he made his Leinster debut against Dragons. He was just 19.

And then Pam missed a game. A fateful day.

The story of the unwitting team-mate’s boot that pierced his eye while playing UCD against Lansdowne in January 2010 is now familiar to all; his remarkable comeback, with just 70pc vision in one eye, a man of the match on his return in 2011; the twin gouging of his good eye; the detached retina that forced him to quit. He was just 21.

“He teases me about the fact I wasn’t there!” smiles Pam now.  “I wasn’t interested whether he could play rugby again really to be honest. I remember the doctors whispering to each other concernedly. My focus was to look after my little boy.”

Billy Power and his Eye and Ear hospital team said it would take a year before he could do any physical activity. After six months, he began pestering them. And so the second coming, all too brief.

“For me rugby wasn’t the be all and end all but Ian wanted to play. Then he got gouged, I remember  one of the players saying, ‘I’m just back from a knee injury. What’s the problem?’

“It was like having two bereavements. We grieved but then found hope. Now the hope was gone but the grief remained.

“It killed me because I knew he could have played in the 2015 World Cup. I was heartbroken because he was heartbroken. But you can’t hold on to those feelings. You just want your children to be happy.”

The family faith is important but only so much of a crutch; it couldn’t help turn back time, only plot the way ahead.

“We talked quite a bit,” says Horace. “You’d do anything for your children, you’re a resource. But a lot of things in life don’t add up. At the time it seemed cruel and unjust and maybe it seemed as if God was being cruel. But everyone has that in his life.

“I always pray for other people’s well-being but there’s no sense in hoping for a miracle. That’s not how life works.”

And so, his comeback hopes dashed, McKinley’s own sorrow plunged him into a brief despair that may have threatened to engulf him were there not a support network available; he has two older brothers and a sister, too, but he needed to do this alone.

Now deprived of the one thing he wanted to do in life, he committed to a project to help others less fortunate than him achieve it instead. But first he got on his bike.

“I wasn’t quite sure what was going on in his head,” recalls Pam. “He would have been depressed for a few days but he soon got up.

“The first thing he did was a triathlon for Christian Aid. And then because he came from a non-rugby school, he wanted to help a lot of the non-playing schools in Tallaght.

“I mean, we went to the U-20 World Cup in Japan and the parents are all privileged and middle-class like us and the boys have to have the backing of their families to progress. There aren’t many kids from Darndale playing rugby. It is a privileged sport. And he recognised that.”

Even though rugby had thieved so much from him, he still wanted to give something back. Perhaps some sense of karma led him to Italy, then; Leinster helped him get a coaching gig with a tiny Italian club, Leonorso, in Udine, hard by the Slovenian border.

It was in the middle of nowhere. It suited him down to the ground.

One of their number, Antonio Rizzi, is with Benetton and destined to play for his country.

“He just wanted to get out of here. Leinster Rugby was in his face. Ian Madigan had been his rival and he was slowly moving away from him. Ian just thought he had to get out of here and the move to Italy came at the right time for him.”

A new chapter was being written and he seemed satisfied. But there remained a latent itch. A visit from his brother, Philip, helped to scratch it. And so began the process of developing the eye goggles that would catapult him towards another comeback.

In 2014, he took to the field with his club, the first tentative step.

“I was there,” says Pam. “It was pouring with rain. It gave me such joy. What a sight. I never thought I’d see it. He shone. All the other parents came out.

“He kicked everything, he scored two tries. ‘Mam, you would have scored,’ he told me. But the standard of the match wasn’t important. He had done it.

“At the end, he threw his arms around me and absolutely dissolved in tears. He knew he had something to build on. It was really special.”

There were still pitfalls; the IRFU refused to sanction the equipment so he couldn’t play on Irish soil but Zebre, then Benetton, eased him back into the pro game. Thanks to the residency laws, a new opportunity for international recognition beckoned.

Catania, 2017, against Fiji, when he clinched the win with a penalty. This time Pam shed the tears.

“I’m holding the camera when they all run out. I started to cry, my daughter started to cry. The camera starts to wobble and all you can hear are sniffles. Everything is a bonus now.

“Now I don’t get worried when he plays rugby. An awful lot of it is his head. People ask me how can you watch him? I know he was born to do it. I couldn’t work out why was he given this gift and then it was taken away like that. It was mad.

“I have a quick word with God before every game to keep him safe and make him play to his full potential. People ask who I’ll be supporting. My son of course!”

Horace won’t be there tonight but he will proudly watch on TV.

“He’s a role model for triumph over adversity.” 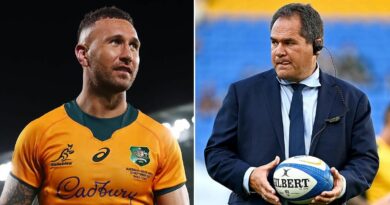 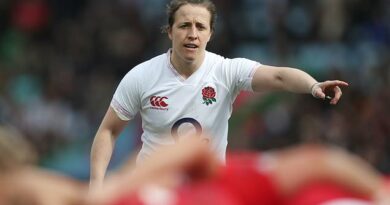