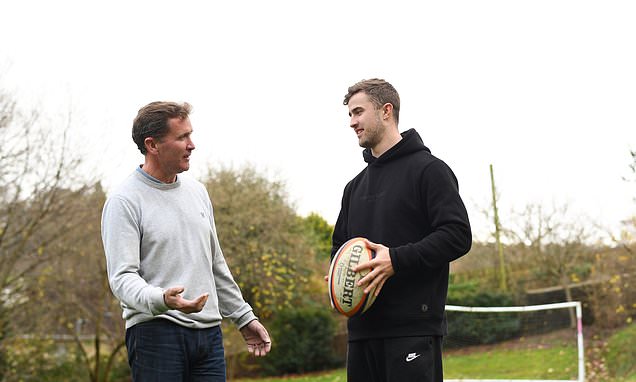 From the top floor of his house in the Bath hillside, Phil de Glanville has a clear view of The Rec, where he used to run out alongside the likes of Jeremy Guscott in the Nineties. On matchdays, he can even hear the stadium announcer, who these days calls out his son’s name.

Tom de Glanville is hoping to follow in the footsteps of his England-captaining father. He made his first-team breakthrough in 2020, before a Twickenham debut against England was dashed because of his involvement in the Barbarians bubble breach.

The apple has not fallen far from the tree. Tom lives just up the road, with Cameron Redpath, the son of former Scotland captain Bryan. The De Glanvilles recently spoke to Rugby Correspondent Nik Simon about the journey so far… as well as what lies ahead. 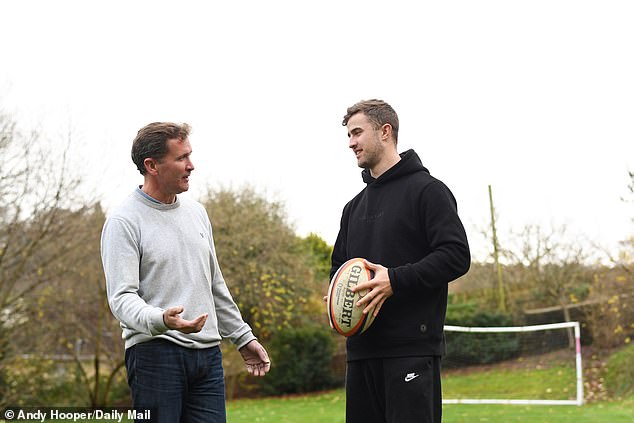 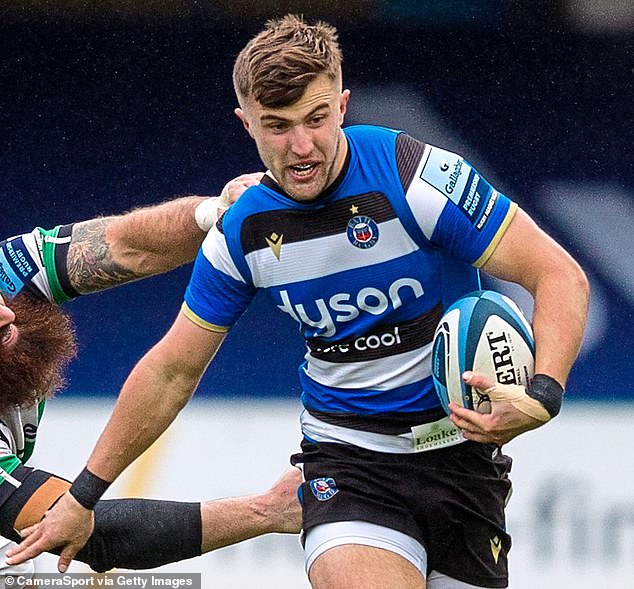 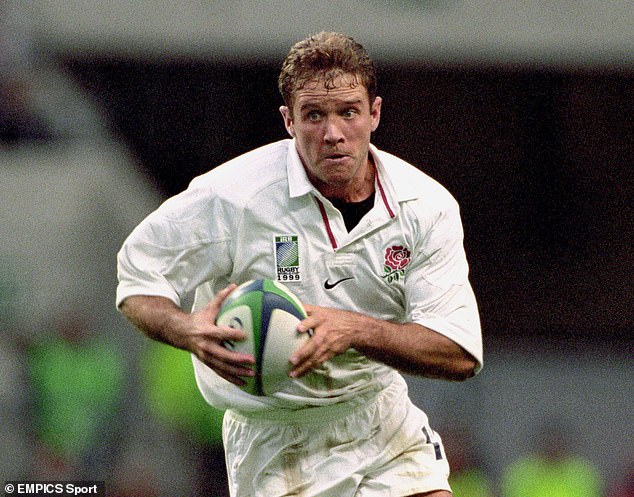 TOM: My first memories of watching Dad play are when I was three or four years old. We were allowed into the little commentator’s box in the old stand at The Rec. Me and my two brothers were always given jelly beans by the old team manager.

PHIL: You mean John Allen… he spoiled you! The kids would always come on to the pitch afterwards and have mini games. That was a good team. Steve Ojomoh, Mike Catt, Andy Robinson, Kevin Maggs, Jon Callard… Iain Balshaw and Mike Tindall were just coming through.

TOM: Jon Callard is my godfather. He still comes around and does a bit of kicking with me. I was a bit young to really idolise those guys at the time. It was players like Joe Maddock and Nick Abendanon who I really remember watching, a couple of years later.

So how hands-on was your dad in your early rugby development?

TOM: We would be kicking balls about in the garden with my brothers, all the time, before dinner. Rugby, cricket, football. I would give Dad a bit of chat about his passing. It’s quite a steep drop at the end of the garden, so if you lost the ball down the hill you had to go and get it!

PHIL: We took all the boys down to the minis rugby club in Bath. It took Tom a year or so to get into it.

TOM: I used to hide behind mum’s legs and cry! Didn’t really fancy it.

PHIL: We spent years doing the sausage rolls, a bit of coaching, running touch. I got some stick when I refereed! I tried not to bore the kids with old war stories and I try to let Tom have his own space.

I can’t quite remember the day he got better than me, but I do remember a big game of touch rugby down in Devon, with his brothers. We’d drawn out all the markings on the beach and he was running good, straight lines. He was about 13 and I remember thinking, ‘He could be quite good’. He was always aware of the space and I think that’s quite instinctive.

TOM: Rugby was on all the time. I feel sorry for Mum. During the Six Nations, it would be on from 12 til eight, when Mum put Strictly on. 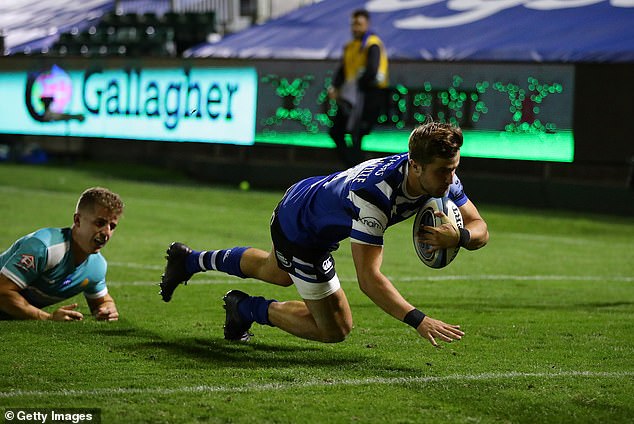 Do you ever sit down and talk about how the game has evolved between the generations?

PHIL: The 1990 European Cup final was on TV during lockdown and I was getting a load of texts to turn the TV on. The guys give me a load of stick about how easy the game was then!

TOM: It’s a lot more physical now. The hits are a lot bigger, although I tend to stay away from that side of it! Rugby goes through generations It was very loose when Dad played, then the Saracens model came in and it was a lot about box kicking and territory. People see what works. Down the line there will no doubt be other styles. We’re both backs. I like an expansive game. Summer, dry pitch. I enjoy watching the Southern Hemisphere full-backs. Beauden Barrett. Kick run pass, smart rather than bullish.

PHIL: A criticism that gets thrown at the professional game now is that it’s a bit robotic. There’s less time and space, however you still want players who can find the space and execute. Bristol at the moment are fantastic to watch. They play with ambition and they enjoy it. I’ve got a real bugbear about, ‘In situation X, player X does this’. I shout at the TV when scrum-halves are doing these caterpillar rucks. It drives me nuts! The players are a little bit straight-jacketed. You’ve got to find a balance.

What would you change?

PHIL: I would definitely change some of the laws. The number of substitutes is something to look at. You want athletes who run around for 80 minutes, rather than big powerful 20-minute performers. I’d go back to injury replacements, maybe with one tactical substitution allowed in the first half. Endurance athletes are a different physique to power athletes.

As a parent, does the level of physicality and the stories about head injuries concern you?

PHIL: The stories do concern me. Anyone who is not concerned by that would have their head in the sand. The treatment towards head impact has been brilliant in the last 10 years. 15 years ago we knew very little about it.

The conditioning levels now are in a different league. I do think the game’s going to have to evolve. I do think we need to change the laws to open up more space and introduce uncertainty into the defence.

At the moment, you can go forward with certainty and hammer people. The only way to change that is by taking players off or finding other ways of creating space. 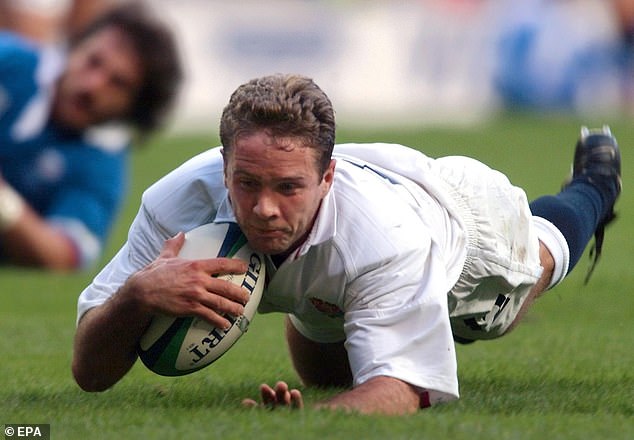 Tom, 2020 was your breakthrough year at Bath and you were also called up by England, have you enjoyed it?

TOM: It was a weird one. I made my Premiership debut away at Exeter in February, then lockdown happened. I played a fair few games with no fans and then, one day, Stuart Hooper called me and said to look at my emails. It was an invitation from England. It was a bit of a shock. It was on Dad’s birthday. I loved my time in camp.

It came to an early conclusion, when you were one of the BaaBaas players punished for breaking the team Covid bubble. How do you reflect on that?

TOM: In hindsight, it was a terrible decision and I’ll definitely learn from it. At the time, I didn’t really consider the effect it would have. Had we known the impact, we wouldn’t have even left our rooms.

PHIL: It was certainly a very stressful period afterwards. It was a difficult position. Because of that team ethos, if someone says, ‘Do you fancy coming for a team pizza?’ It’s pretty hard to say no. I think 99 per cent of people would have done the same thing, but the whole lot of them didn’t really appreciate what the consequences would be. 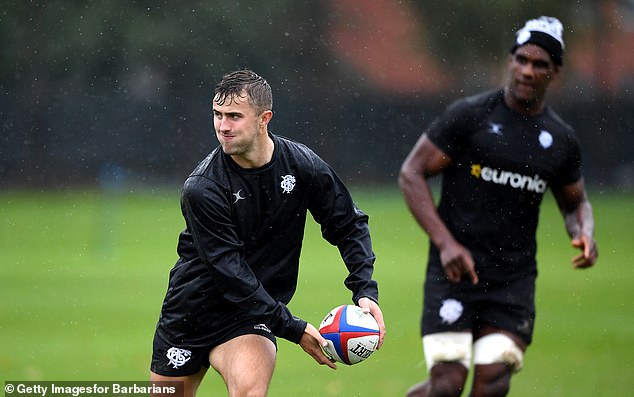 What are your ambitions for 2021? Are Bath ready to bring back the glory years of your dad’s time?

PHIL: I feel sorry for the players getting reminded about that!

TOM: We know what we want to do but there’s a lot to do to get there. There are eight or nine teams that can beat each other. Players are maybe a bit fed up with being reminded of the past. We want to make our own memories.

●Leicester boss Steve Borthwick will miss Sunday’s Gallagher Premiership clash against his former club Bath while he self-isolates after a coronavirus outbreak at the Tigers. Borthwick plans to link remotely from home.

Sean O'Brien may have played his last game of rugby

Hooper calls on Australia to shelve their inconsistency against Wales