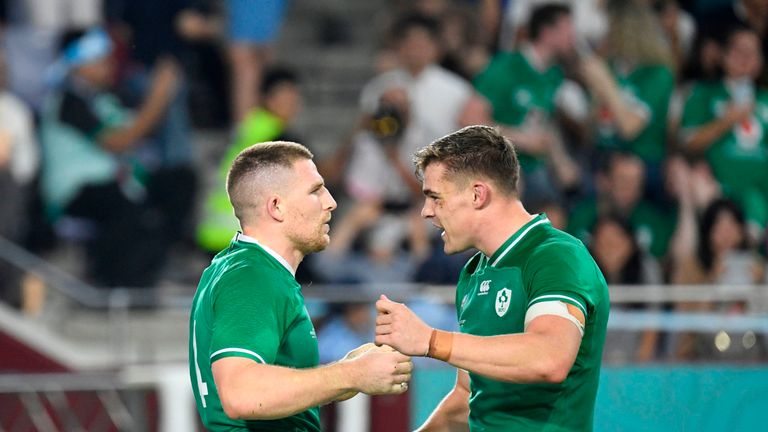 Ireland responded to their shock Rugby World Cup Pool A defeat to Japan by beating Russia 35-0, but the lethargic performance is one head coach Joe Schmidt will be disappointed with.

First-half scores from Rob Kearney, Peter O’Mahony and Rhys Ruddock put Ireland in a great position, but the second half saw a host of errors and bad decisions, in addition to two tries in the final quarter from Andrew Conway and Garry Ringrose – despite Russia having had two men sin-binned in the game.

The Irish put 62 points on Russia in their last World Cup meeting back in 2011, but never looked likely to rack up that sort of score here.

They next face Samoa in their final Pool A clash, knowing another bonus-point success is vital if they harbour hopes to top the group and avoid New Zealand in the quarter-finals. Russia next face Scotland on Wednesday October 9.

Ireland notched their first try in Kobe after just 88 seconds, as full-back Kearney – who had gone four years without scoring a try before August – registered his third try in as many appearances.

At a midfield ruck, scrum-half Luke McGrath popped a pass to back-row Jordi Murphy, who in turn fed the oncoming Kearney with an inside ball for the full-back to sprint clear, arc past Russia wing Denis Simplikevich and hand off the Russian back to reach the try-line. 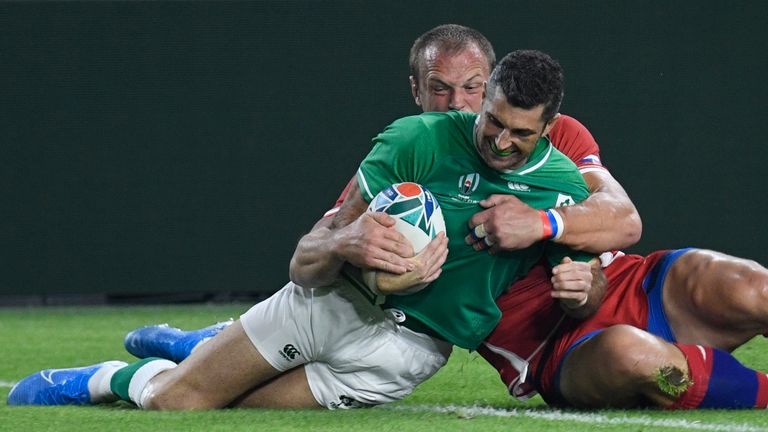 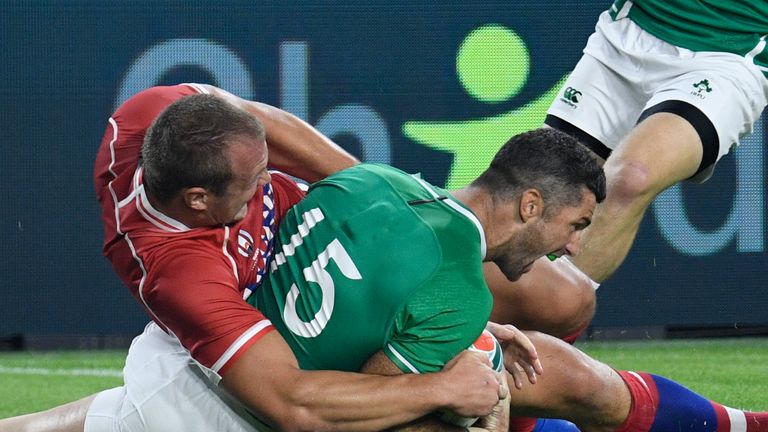 On 13 minutes, Ireland openside O’Mahony grabbed just his second try for Ireland and first in six years – a 2013 score against Samoa in Dublin his last five-pointer – after a superb Sexton grubber ahead, through and behind the Russia defensive line, which O’Mahony did well to chase, reach and dive under the posts with.

Ireland should have scored a third try on 21 minutes, but lock Tadhg Beirne knocked on as he tried to place the ball on the line for a try and, just over 10 minutes later, another potential score was ruled out for a Sexton forward pass to wing Conway. 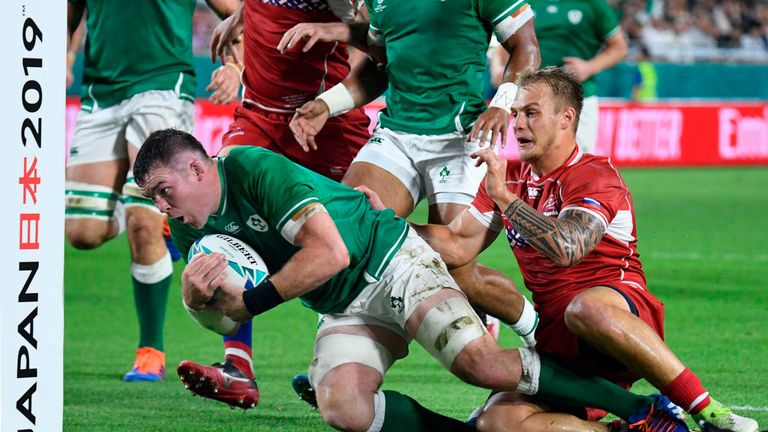 Five minutes from the break, Ireland did get their third try with Russia second-row Bogdan Fedotko in the sin-bin for repeated team infringements, as flanker Ruddock got over with tighthead John Ryan latching on, to score on the occasion of his first Rugby World Cup start. 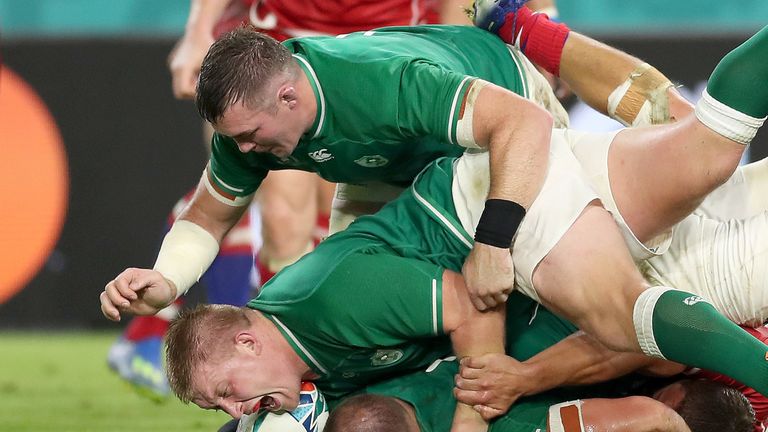 Russia received their second yellow card of the Test when replacement Andrei Ostrikov was sin-binned for a dangerous cleanout, making contact with the head of prop Ryan after arriving at pace, and fortunate to avoid a red card based on replays.

Ireland failed to add points in Ostrikov’s 10 minutes off the park until his final seconds off, however, as Schmidt’s side performed considerably below par during the second half.

On 62 minutes, they scored the all-important bonus-point try after replacement out-half Jack Carty chipped over the Russia defence from deep, Keith Earls sprinted on to regather, before feeding opposite wing Conway on his shoulder, who had far too much pace for Russia’s backline.