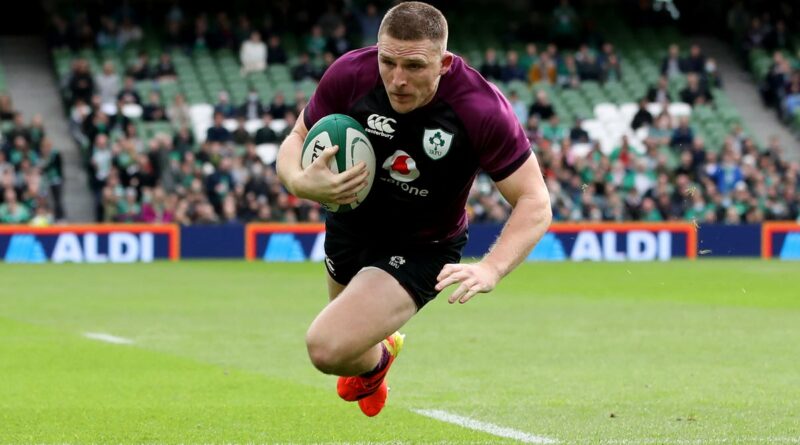 Ireland host New Zealand at the Aviva Stadium in Dublin as the Autumn Internationals continue.

Andy Farrell’s men are in fine form and producing a scintillating brand of rugby that blew away Japan 60-5 last weekend.

While the All Blacks, too, are approaching top gear, having set world records for most Test tries (96) and points (675) scored in a calendar year after demolishing Italy recently, with Wales and the United States also blow away in recent weeks to perfectly rebound from the narrow defeat to South Africa on the Gold Coast.

This is a rematch of the quarter-final from the 2019 World Cup, where New Zealand inflicted a damaging defeat on the Irish, which ended the Joe Schmidt era. But with Farrell now in charge, Johnny Sexton has welcomed encouraging signs of a new brand of rugby: “We’ve always had license to do that, but if teams show a different picture you can’t do it all the time. That’s just the way the game unfolded on Saturday. We’d love to do it all the time and we just got presented the pictures and we read them quite well and executed off the back of it.”

Follow live updates from Dublin, as well as the conclusion of Scotland vs South Africa at Murrayfield, Edinburgh. 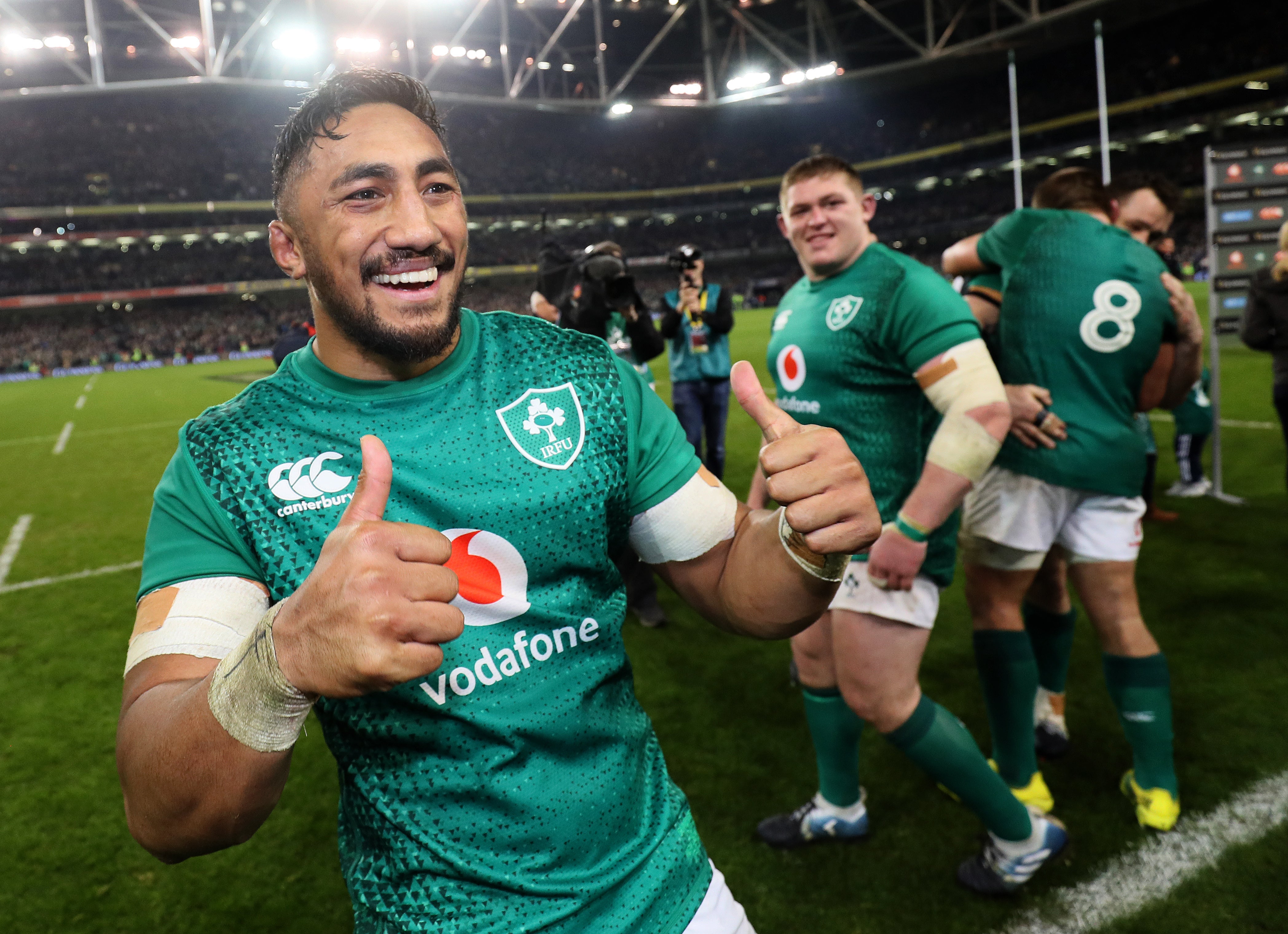 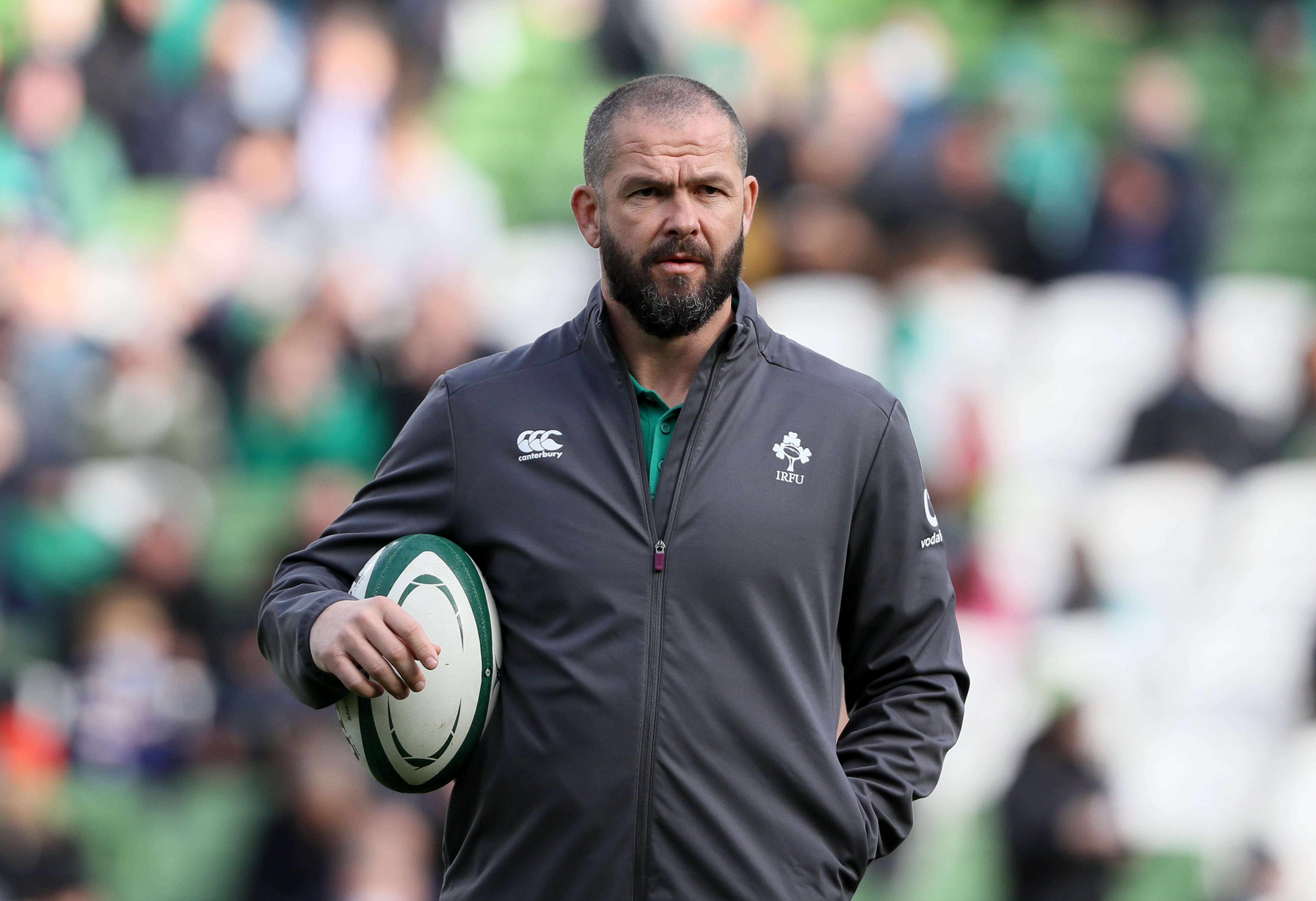 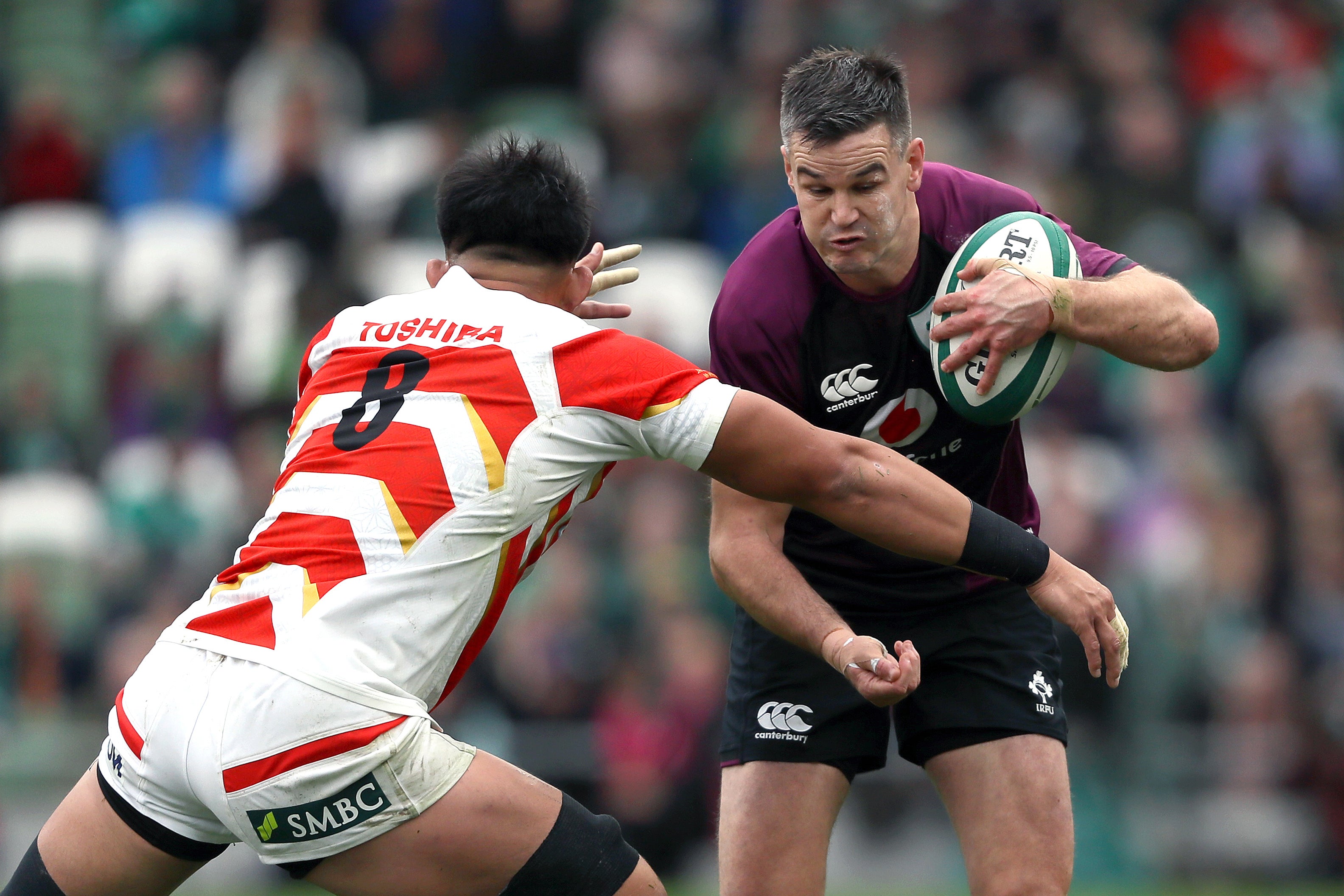 60 mins: The momentum has shifted now! Hogg sends a brilliant clearing kick deep inside the South Africa half, and a brilliant kick chase from the Scots earns them the penalty five metres from the line!

Scotland are back in it – they needed that! After Lukhanyo Am is penalised for a high tackle on Price, Russell finds touch and sets up the line out from the five-metre line.

They work it wonderfully from there, with Russell finding Van der Merwe, who popped the ball on to Hogg. The Scotland captain drove to the line and powered past Reinach in the corner.

Russell can’t add the conversion from the touchline.

South Africa work the ball through the phases again as Ritchie concedes another penalty at the breakdown. The Springboks also had a chance to work the ball to the outside, but Le Roux is forced out of play so it comes back.

Jantjies adds another three points to consolidate South Africa’s terrific start to this half – they’ve turned it on, just as they so often do.

53 mins: Scotland get into trouble again under the high ball as Harris gives away a penalty for a block as Van der Merwe competed for the catch.

South Africa return to the Scotland half and retain possession from the line out.

52 mins: South Africa have been ruthless at the start of this second half – coming away with points on both of their trips into the Scotland half.

Townsend recognises that the momentum has shifted and calls on Hamish Watson and Blair Kinghorn from the bench.

50 mins: South Africa retain possession from the line out after good hands from Marx, before working through the phases under the penalty advantage.

It comes back for a high tackle penalty on Ritchie, as he tried to haul Jantjies down following a break. The fly-half picks himself up before adding the three points from in front of the posts.

46 mins: Russell takes a huge hit from the giant Etzebeth as Scotland look to respond. He’s able to recover and clear the ball into the corner, and that sets up Scotland possession inside the South Africa half.

The Springboks win it back after Kolisi strips the ball from Price with an excellent tackle, before Hogg is penalised for an infringement in the ruck.

There’s a pause as the try is checked – there was a suggestion Kriel had knocked the ball on when challenging Van der Merwe.

Jantjies then adds the conversion with an excellent kick from the left wing.

It’s another superb finish from Mapimpi, following a brilliant break and pass from De Allende!

Van der Merwe can under pressure from Kriel when collecting a high ball, and South Africa were able to regain possession at halfway. They quickly worked it left and De Allende burst through a gap and making a wonderful offload, which Mapimpi collected with delicate hands on the wing before racing clear.

41 mins: South Africa immediately dial up the pressure on Scotland – as Jesse Kriel chases down the kick-off to pin Scotland back inside their own 10 before the Springboks turned the ball over!

Their move was short lived, however, as Koch concedes the penalty at the breakdown, and Scotland breathe a sigh of relief. Russell clears to halfway.

Fans WILL be allowed to watch Gloucester's clash against Harlequins