Italy 48-7 Canada: Ruthless Azzurri bag another bonus-point win as they run in seven tries to top Pool B

Italy made it 14 tries in two Rugby World Cup wins and nearly 100 points scored after crushing Canada 48-7 on Thursday.

Only two missed conversions blotted a one-sided contest where Italy’s forwards completely dominated. The win all but ensures Italy a 2023 World Cup-qualifying third place in Pool B unless Namibia and Canada can win twice – which means having to beat either New Zealand or South Africa to do so. 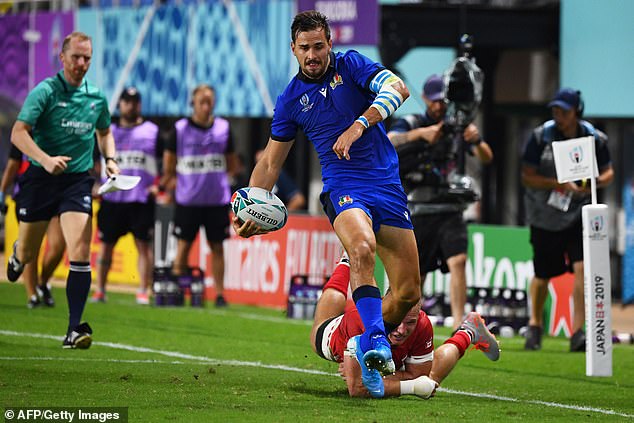 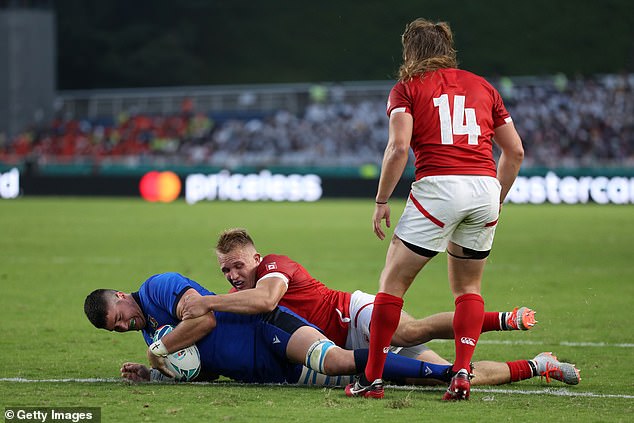 Italy were rusty last Sunday in beating Namibia 47-22, and eager to made amends.

Both were converted by fly-half Tommaso Allan, who added a penalty to help Italy lead 17-0 at the interval.

Flanker Sebastian Negri’s converted try made it 24-0 shortly after the break.

A penalty try; one try each from winger Mattia Bellini and replacement prop Federico Zani, and a late effort from impressive fullback Matteo Minozzi concluded the rout.

Full-back Andrew Coe got a consolation try for Canada, which lost all four group matches at the last World Cup.

In humid conditions at Fukuoka’s Hakatanomori Stadium, it was not long before Steyn bulldozed over from the scrum after great work from flanker Jake Polledri.

When the sides met four years ago at the World Cup, it was Canada racing 10-0 ahead and Italy storming back to win. 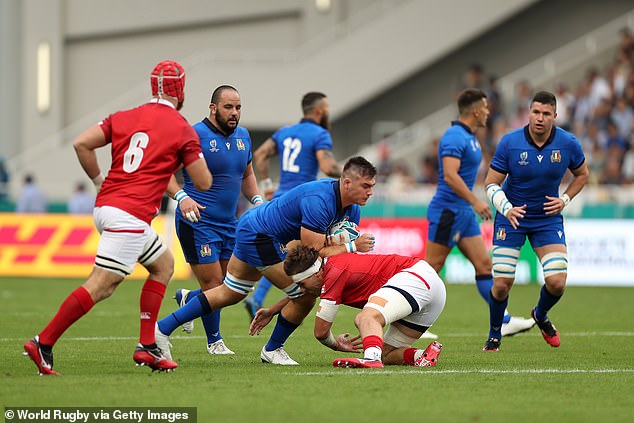 But there seemed little chance of a Canada comeback. From a ruck, scrum-half Callum Braley fed Budd and he broke a weak tackle.

Canada’s most dangerous move of the opening half ended with a clumsy knock on. No 8 Tyler Ardron and replacement flanker Matt Heaton botched a basic 2-on-1 because Heaton dropped the pass with a try under the crossbar beckoning. 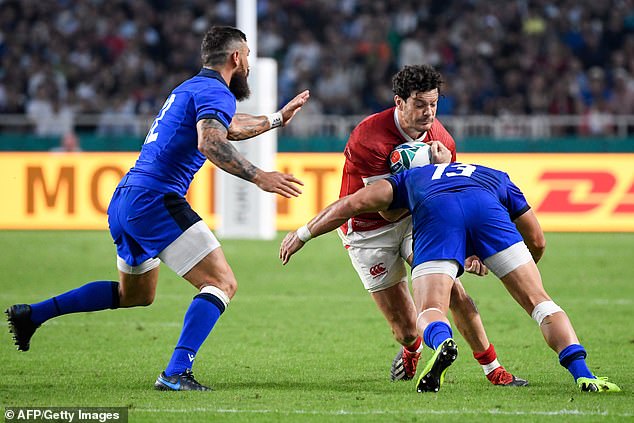 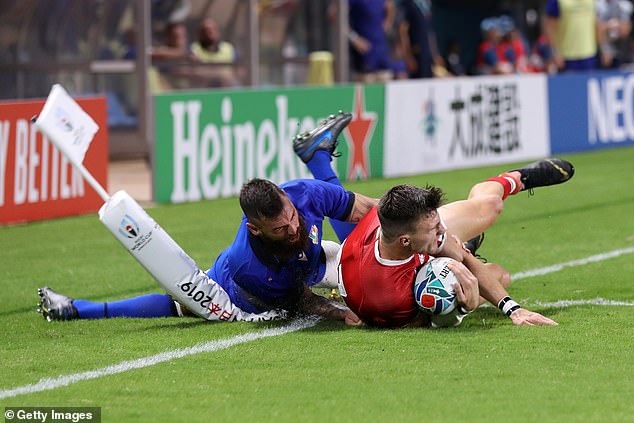 Then, after hooker Luca Bigi had a try ruled out for not grounding the ball, Italy were given a penalty try when Heaton illegally sacked a maul. He was sin binned and Bellini soon scored the fifth try when the irrepressible Polledri set him up.

With 64 minutes played, an Ardron try for Canada was disallowed by referee Nigel Owens because a review showed a forward pass off the arm of center Ben Lesage.

Nelson converted well to cheers from the neutrals in the crowd of 22,000. 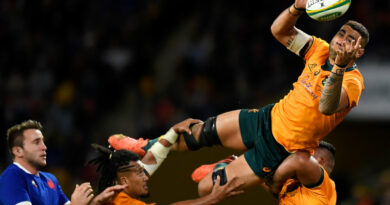 Salakaia-Loto in frame as Wallabies hit with injury carnage