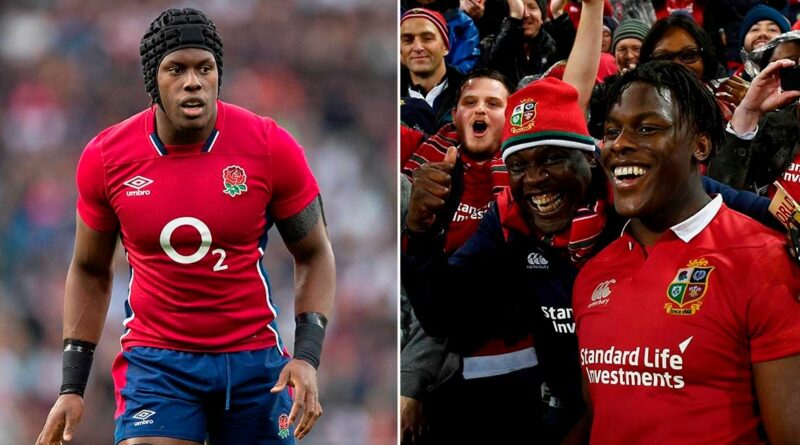 On the eve of his 50th England cap, Maro Itoje has taken pause to look back on his rugby roots, success and the Nigerian parents who needed time to fully grasp the rare talent they had produced.

It will mark yet another landmark in an increasingly impressive career for the Saracens superstar, who recently returned from his second tour with the British and Irish Lions.

Other accolades include four Premiership titles, three Champions Cup crowns, three Six Nations trophies (and one Grand Slam), not to mention two nominations for World Rugby Player of the Year.

It's all the more remarkable considering Itoje's parents were initially reluctant to a career in rugby, and in particular his father, who may have preferred he become "a doctor, businessman, engineer or lawyer."

Writing for The Players' Tribune before bringing up his half-century for England when they host Australia at Twickenham on Saturday, Itoje detailed how his rugby involvement hinged on maintaining good grades.

"I’m actually glad that my parents saw it that way, because they never put any pressure on me to do well in rugby. They were never going, 'Make sure you wake up on time, make sure you eat this and that.' Whether things went badly for me, or even extremely well , it was never the be-all and end-all. They never saw my worth through the sport that I was playing. Rugby was never really part of the plan.

"So it took a while for them to understand that it could become a career for me. Once they did, they were incredibly supportive. But they still had certain expectations that had to be met — above all that I got a degree."

And get a degree he did, having juggled the life of a professional rugby player alongside his studies for a B.A. in politics at the University of London’s School of Oriental and African Studies.

The 27-year-old described non-stop days featuring 5.50am wake-up calls, at times training both before and after his university work, though he added "all the work seemed worth it" once he officially graduated in 2018.

Do you think Maro Itoje will win a Rugby World Cup with England before he retires? Let us know in the comments section.

It was a serious period for one of rugby's elite talents, but Itoje found room for fun. One example being the April Fool's joke email he sent his father prior to his university days, explaining his intention to not study for a degree.

Itoje detailed the contents of the letter, which read: "'Dear Dad. As you know, I want to be a rugby player and only that. So I don’t want you to put any pressure on me to go to uni, because I’m not going. This is my decision. Hope you respect it. Maro.' I smirked and pressed send. My dad didn’t talk to me for three days.

"He was so agitated. He called my mum in despair, but I had already told her to play along. He was like, “Have you seen what your son is doing? Hahahaha. I was her son now."

In hindsight, it seems foolish to have ever doubted Itoje would go on to become one of the best rugby players in the world, but he speaks proudly of the family mantras that moulded him.

His parents have changed stance, too, and are their son's proudest supporters, even turning up to watch Saracens' second team or when he isn't in the squad.

Itoje added: "My dad was like, 'Get us those tickets. They need to know that we are there to support! Through thick and thin!'"

Needless to say Itoje's family will be among his most vocal fans when he trots out at Twickenham on Saturday when another capacity crowd or 82,000 is expected to welcome the Wallabies.

A 50th cap will be the latest entry on Itoje's growing list of rugby feats, but it's part of what makes the player great that his attention naturally moves to what's next on the horizon.

"I had to keep it up though, because nobody wants one cap, right? It’s almost worse than having none," he said of his reaction after first being capped in 2016.

"I needed a few more to be at least semicomfortable (sic). I also realised that you have to really commit your life to playing for England, otherwise you’re not going to keep your place. You can’t train like Tarzan and live like Mick Jagger, you know what I mean?

"Then you find out that no matter how many caps you get, you always want more. When I was younger, I would always go, 'What is the next goal?'"

It goes some way to explaining how Itoje has grown into the player of today, evolving from a schoolboy mesmerised by the idea of acquiring a county club tie to arguably his country's most essential player.

England head coach Eddie Jones would at least count his lock in that conversation, and expectations are high as the Red Rose looks to seal an eighth consecutive win over Australia this weekend.

Itoje's attention will then move to the autumn closer against South Africa on November 20 before attention shifts to the 2022 Six Nations, where England hope to banish the demons of this year's fifth-place finish.

The stages have grown in scale, but the Sarries star remains grounded thanks to an upbringing that never should have led to a professional rugby career.

For Itoje, however, the top priority remains simply what's next, as the player himself puts it: "Dwell too much on the past, and you might get stuck there." 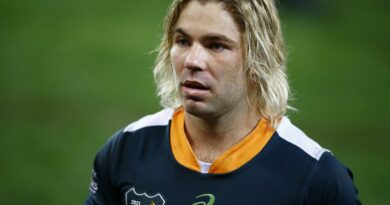