Tokyo: Eddie Jones says he hasn’t heard from Rugby Australia about an offer to coach the Wallabies as news emerged Australia’s prime target, Dave Rennie, has been formally approached by the All Blacks about the possibility of taking over from Steve Hansen.

Jones, who was Wallabies coach from 2001 to 2005, is in hot demand following his transformation of England over the past four years, with the northern hemisphere side going from being bundled out of a home World Cup in 2015 to one game away from lifting the Webb Ellis Cup for the first time in 16 years. 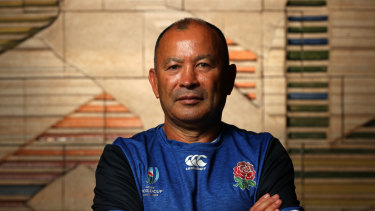 Following Australia’s 40-16 quarter-final loss to England, coach Michael Cheika fell on his sword following a dismal four-year period in which the Wallabies won 23 of 52 Tests, a 44 per cent success rate.

RA had known for some time Cheika was always going to exit stage left. For months the organisation has been preparing candidates to take over in 2020 and it has been no secret Rennie, the former Super Rugby-winning coach at the Chiefs now in charge at with Glasgow, was their No.1 target.

Until last week Rennie was in the box seat to take over from Cheika but New Zealand’s shock 19-7 loss to England in the semi-finals could prompt the All Blacks to hire a coach from outside their current set-up.

While Crusaders coach Scott Robertson and Kiwi maestro Jamie Joseph, who helped Japan to a maiden World Cup quarter-final showing, appear to be frontrunners for the most prized coaching role in world rugby, Rennie has confirmed an approach from New Zealand Rugby.

“Obviously it’s flattering, it’s humbling,” Rennie told STV News. “I guess I haven’t had a lot of time to dwell on that because I’m totally focused on what I’m doing here. They’ve probably made contact with a number of Kiwis who are coaching over this way about interest for the role.

“They will have a process where they interview then make an appointment in the new year.”

RA has said it would like to announce a new coach by Christmas but given Rennie will no doubt prefer the All Blacks gig over coaching the Wallabies role, Australia could be left scrambling to find an alternative or playing a delicate waiting game.

RA made contact with Rennie’s management months ago with the knowledge that unless the Wallabies won the World Cup, Cheika was not going to continue next year.

Many influential figures want Jones to return to the Wallabies but the Australian insists RA hasn't made contact.

“I haven’t heard anything,” Jones said when quizzed by the Herald at a media opportunity in Tokyo on the eve of Saturday's World Cup final against South Africa. “The only thing I’m worried about is Yokohama Stadium.”

Speaking after the England quarter-final, RA chief Raelene Castle said of Jones: “I understand he is contracted through to the end of 2021. We’ve got a list of people and we know who we will be talking to.”

Jones has not explicitly ruled out a return to the Wallabies but things are complicated by the fact he has signed a two-year extension with England until the end of 2021.

However, asked whether he wanted to stay on with England, Jones was non-committal, saying he was focused on the job at hand on Saturday.

“I’ve got no interest in any of those discussions," he said.

With few other outstanding Australian candidates abroad, RA officials have some thinking to do and their end result could hinge on whether New Zealand want Rennie.

Cheika has said he wants his successor to be Australian. 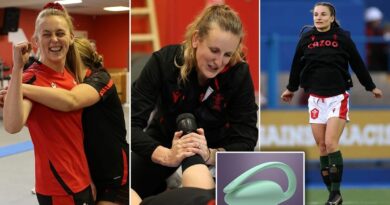 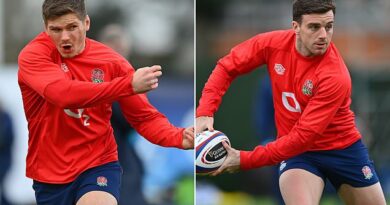 Faletau determined to impress for Wales after injury nightmare