Home » Rugby Union » Kevin Sinfield: My passion to ignite England will push me on 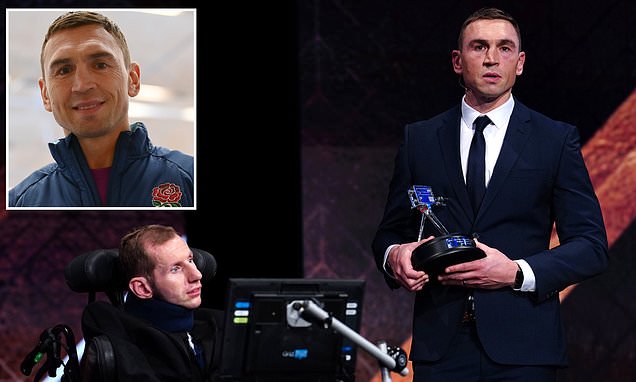 ‘Rob is faced with this horrific disease and I realised I needed to take some risk and find more challenge in my life’: Kevin Sinfield on how his pal Burrow’s MND battle spurred him on to cross codes as he vows to bring passion to England role

Kevin Sinfield set his stall out to bring pride and passion to the England set-up by explaining on Tuesday how the plight of his close friend Rob Burrow led him to take a cross-code career risk.

The 42-year-old former rugby league icon has joined Steve Borthwick in the new-look Red Rose management team, to oversee the defence and have an input into the kicking game.

Sinfield’s immediate, primary value will be his inspirational presence, which has been demonstrated by his remarkable feats to raise awareness and more than £7million in support of motor neurone disease. 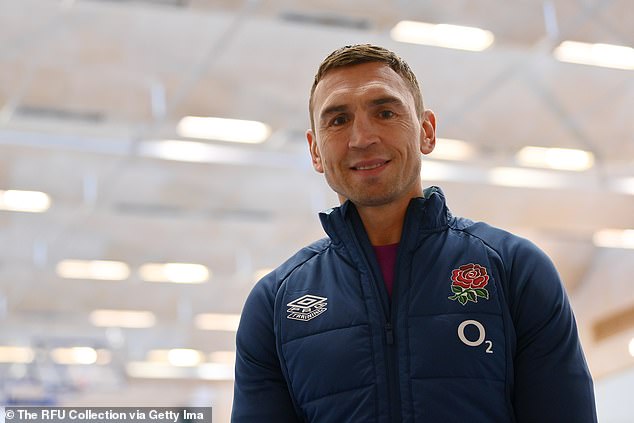 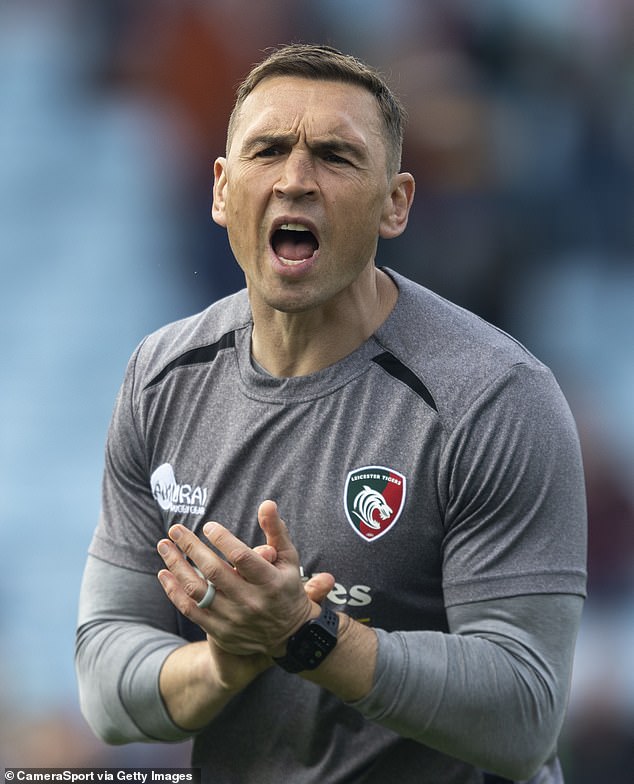 Sinfield, 42, has joined England as their new defence coach, moving from Leicester Tigers

Taking stock of his fast-track rise to the national team in rugby union, he said: ‘I probably have to give you a bit of background as to why I’ve ended up here. My old mate (Rob Burrow) got diagnosed with motor neurone disease, as you all know, back in December 2019.

‘That next 12 months, a lot happened in the UK with Covid, and towards the back end of that year I was able to do the first challenge (seven marathons in seven days). As soon as I finished it, I knew I had to do something different with my life.

‘A lot of that is based around Rob. Rob is faced with this horrific disease and I realised I needed to take some risk and find more challenge in my life. The opportunity at Leicester presented itself, which I jumped at. I didn’t have any idea at that stage I’d find myself here in 15-16 months’ time.

‘It’s been an unbelievable journey. I’ve learned a couple of things from Rob about fight. The people I have been able to surround myself with over the last couple of years have been real fighters and also care about the people around them. 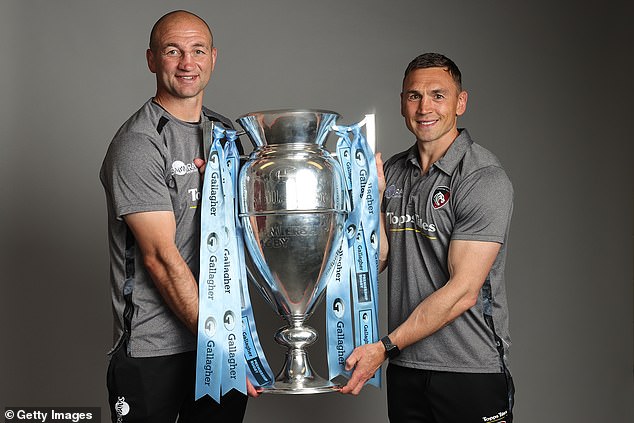 ‘Rob’s inspired me in so many different ways and it’s probably a large reason why I’m here today because without that horrible news I’m not quite sure I would have come down this path.’

Having taken his initial inspiration from Burrow’s gruelling battle against the debilitating impact of MND, Sinfield was further inspired by Borthwick. With his vital contribution, the former national captain transformed Leicester into Premiership champions last season.

‘Steve has got those qualities I’ve just mentioned,’ said Sinfield. ‘You know he’s a fighter, how hard he works and how diligent he is, but the bit you probably don’t see is how much he cares and I’ll give you an example of that.

‘During my last challenge, which was seven ultras (ultra-marathons), I got a text off five people every night; my wife, my two boys, Rob Burrow and Steve. Steve was right behind everything we were trying to do. 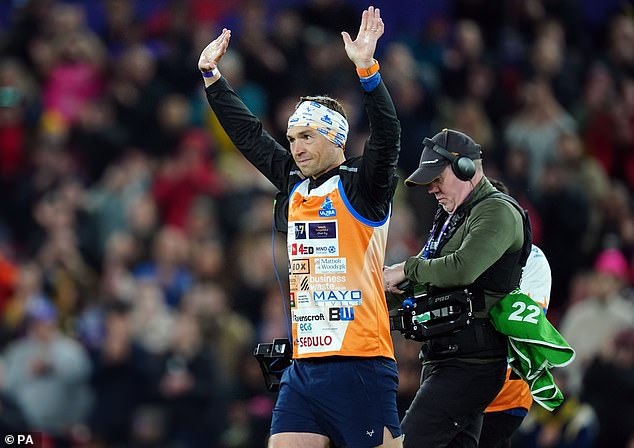 ‘He cares as much as anybody I’ve been around. Now to be able to work alongside him with our national team, it is really, really important to me to be alongside someone who fights like he fights but cares like he cares as well.’

Sinfield has already addressed the England squad at gatherings in Liverpool and Gloucester this week, and his passion is bound to have a galvanising effect. He is a patriot who had no hesitation in joining the new Red Rose regime.

‘The opportunity to represent my country has always been incredibly important to me,’ he said. ‘It was a really nice moment yesterday (Monday) when I got to put the badge on for the first time. 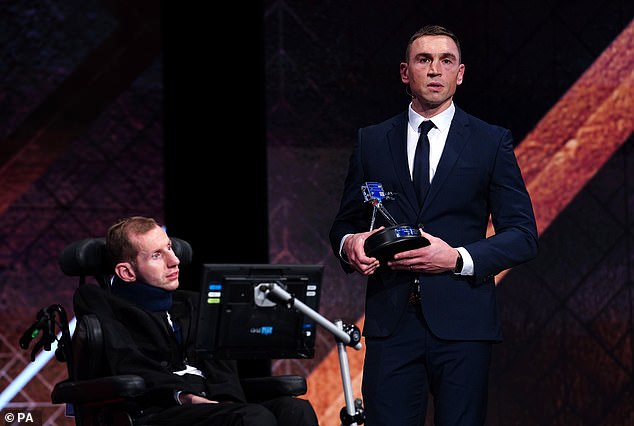 ‘To be here in such a short space of time, I’ve worked really hard. I have a lot of holes in my knowledge and probably still a part of me has to translate things across (codes). But I don’t hide that fact. I’m happy to share it with the players.’

Sinfield is adamant that he and Borthwick don’t have a repair job on their hands, after a 2022 return of five wins from 12 Tests which led to Eddie Jones’s abrupt departure.

He was also adamant that England can prove they are as passionate as their Celtic rivals when the Six Nations begins next month.

‘I know it is a term that is not really used for England sides but I’d love for us to be able to change that,’ he added. ‘I’m certainly a passionate Englishman.’

What a muddle over successor to Eddie Jones as England coach 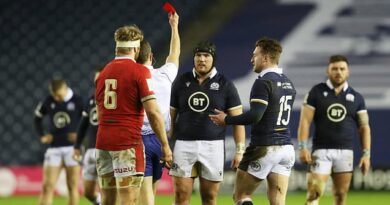 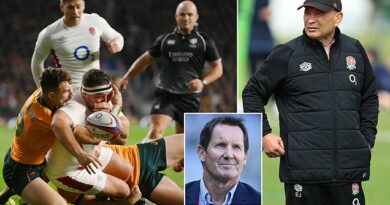