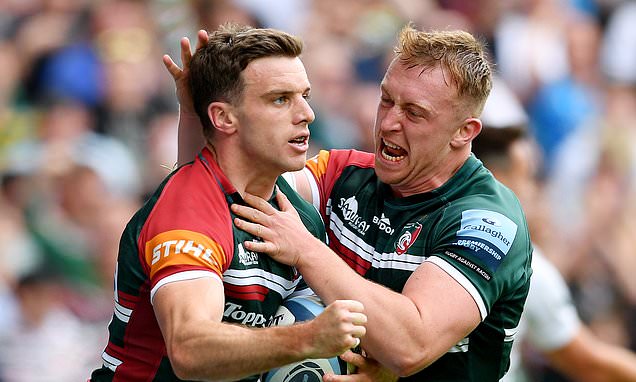 George Ford lit the blue touch paper as Leicester made their first Premiership final for nine years and took another step into a new era.

The fly-half scored 22 points, including a scintillating try of his own, to show Eddie Jones he is not done yet, and neither are Leicester. 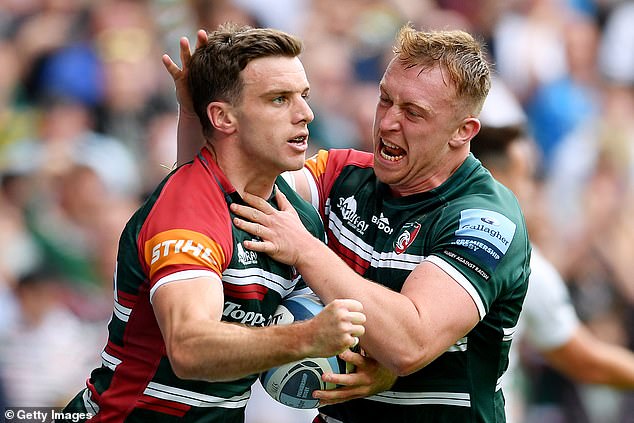 Steward had spent most of the game on the wing after a backline reshuffle following an early injury to centre Dan Kelly and popped up when it mattered most.

Ford missed the conversion, as well as an earlier penalty, to ensure the home crowd nerves were jingling but his drop goal three minutes from time sealed the trip to HQ and his fourth penalty added garnish.

But Saints could point to at least three wasted chances that could have seen South African wing Courtnall Skosan have a hat-trick by the break when they could have been out of sight. Instead it is Leicester who will face Saracens in the final next Saturday.

A pulsating East Midlands showdown caught fire in the second half when Saints’ 15 Tommy Freeman, a candidate for England’s summer tour, gave them an 11-6 lead with 47 minutes gone.

Ford replied with a spectacular break from the Northampton 22 to dot under the posts for one point lead but James Grayson, on for the injured Dan Biggar for the last half an hour, nicked back the advantage. 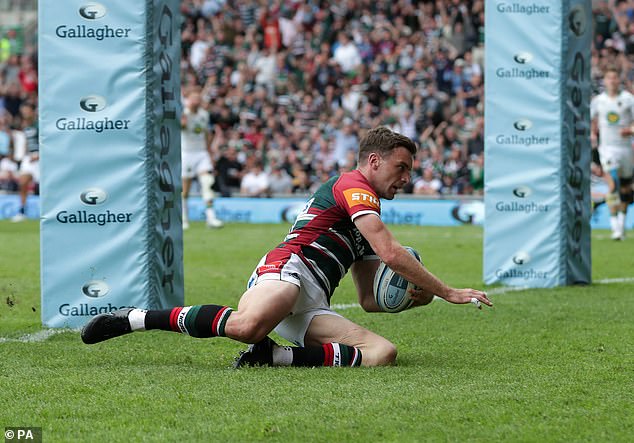 Ford regained the lead and Saints went a man down, on 63 minutes, when replacement prop Oison Heffernan was harshly yellow-carded for a head-high challenge on Leicester No.8 Jasper Wiese.

Leicester have had a vision of the glory days of the late 1990s and early 2000s when they dominated the league thanks to Martin Johnson and co.

The Tigers have not won the title since 2013 and have not even been involved in the sharp end of the play-offs since 2017. But a lot has changed at Welford Road since Steve Borthwick and his band of lieutenants led by Aled Walters and Kevin Sinfield got a grip on the place.

They came into this game as the first side to top the regular season table every week from the first and were unbeaten in the league to boot. 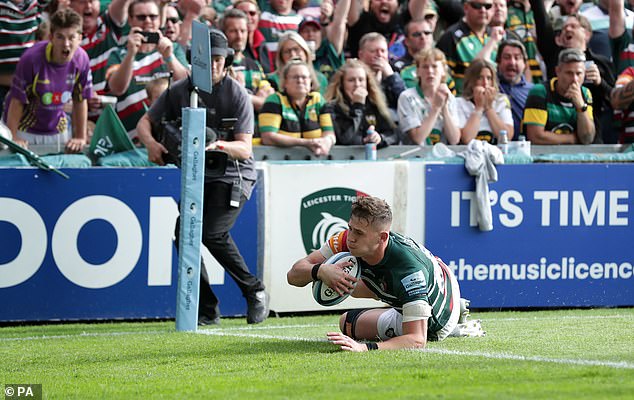 This was a last hurrah at the home ground for Ellis Genge and George Ford, who are moving to Bristol and Sale respectively next season, but a tragic farewell got an emotion-charged afternoon underway.

The teams led a minute’s applause for Tiffany Youngs, the wife of former captain Tom, who died from cancer this week. It was a surprise to see Ben Youngs, Tom’s younger brother on the team sheet, but there he was leading the appreciation.

Northampton had been dining out on their play-off semi-final win, over their East Midlands rivals, in 2014 when they went on to win the title all week. But it was Leicester who had something on their plate when centre Kelly, out since mid-April with hamstring trouble, limped off after two minutes.

A half full of endeavour from both sides ended 6-6 but Northampton could have been at least two scores to the good. Skosan butchered two tries when first he knocked on Dan Biggar’s kick before putting Alex Mitchell in under the posts. TMO Stuart Terheege spotted that one and he was not needed when Skosan dropped a Biggar pass with the line beckoning. 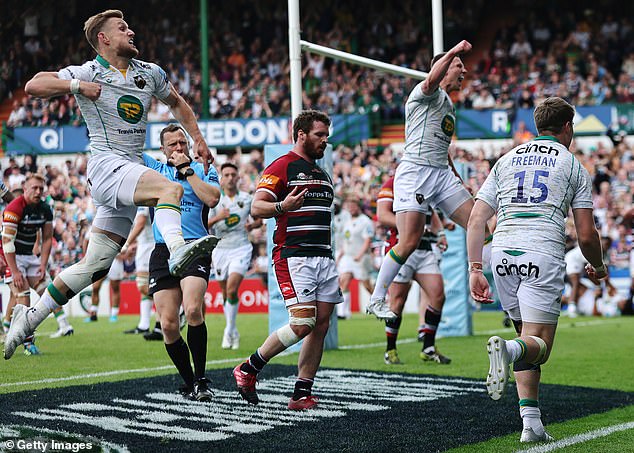 Skosan had a third harder shot when he failed to gather Scotland centre Rory Hutchinson’s high, long pass but Saints should have had at least two tries out of that hat-trick of chances.

Biggar and Ford had traded penalties before Leicester edged ahead after they had failed to make the most of a sustained period of pressure. Saints lock Alex Coles had a brain fade and threw the ball into touch near his own line but Leicester could only come away with three points and the hosts were down to 14 men just before the break.

Wing Guy Porter was sinbinned for a high shot on Hutchinson and Biggar’s kick levelled it up at the break.

Saints made the extra man count when Freeman was put over after Lewis Ludlam before Ford’s reply, Steward’s score, Ford’s drop goal and Tigers march to Twickenham.

England train in the rain ahead of New Zealand clash