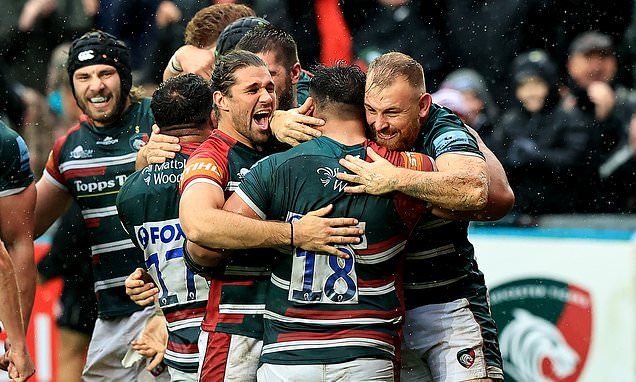 Leicester 13-12 Saracens: Tigers head coach Steve Borthwick gets one over his former side after a dramatic stoppage-time victory with last-gasp penalty try

Leicester maintained their lead at the top of the Premiership with a dramatic 13-12 stoppage-time victory over Saracens having been outplayed for most of the match.

Sarries led from the eighth minute and thought they had won when home centre Guy Porter was tackled into touch just after the countdown clock had reached zero.

As Saracens celebrated, referee Christophe Ridley asked for a check on the challenge on Porter by Saracens scrum-half Aled Davies. He ruled that the forward had made the tackle off his feet and awarded Leicester a penalty which they kicked to touch five metres out. 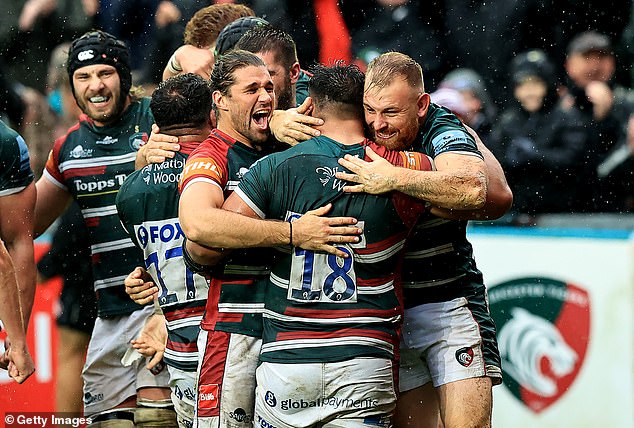 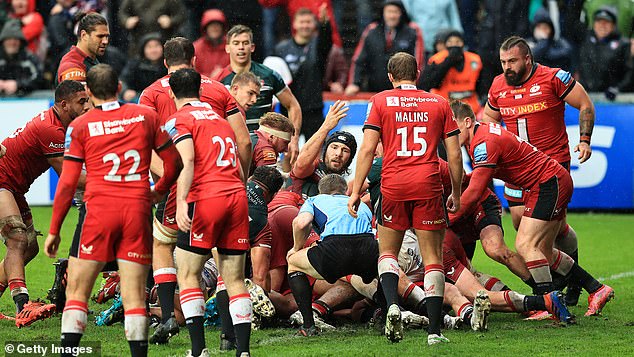 The Tigers drove the line out and were almost at the Saracens line when the maul collapsed and the referee awarded a penalty try. He identified Billy Vunipola as the culprit, showing the No 8 a yellow card.

The visitors looked on in disbelief and Owen Farrell, who had been replaced 12 minutes from time, led the protests, to no avail.

Farrell’s four penalties, on an afternoon when 31 were awarded, looked to have given Saracens their second victory in two matches since returning from the Championship. 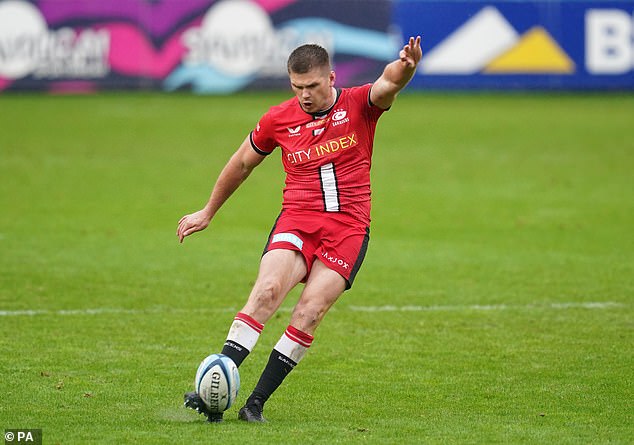 They dominated the first half but on a day of pelting rain they took few risks and tried to wear down the Tigers.

They looked to marked the £32million takeover of the club by a consortium that includes former South Africa captain Francois Pienaar by claiming their fifth successive league victory at Welford Road, but they blew a nine-point lead in the final six minutes.

The crowd gave Leicester a raucous welcome but were quickly silenced as Saracens took immediate control of the game in front of England head coach Eddie Jones, going six points up in 10 minutes through two Farrell penalties as Leicester buckled under pressure.

The Tigers went into the match as the Premiership leaders but head coach Steve Borthwick mixed up his side, with skipper Ellis Genge and two other England international regulars, Harry Wells and Freddie Steward, on the bench.

Saracens were fortified by the return of two of their Lions – Farrell and hooker Jamie George – and they controlled the tempo from the off, ensuring they had cover to deal with Leicester’s kicking game and exposing Freddie Burns’ lack of experience at full-back.

Vunipola was among the players looking to draw Jones’ attention and he was close to the action in a game that was dictated by the wet conditions. He made some trademark charges and thwarted Leicester’s first attack with a timely tackle on Hanro Liebenberg and impressed overall.

George Ford was another outcast hoping to impress Jones, but with his forwards outgunned until they brought on reinforcements after the break, he enjoyed less time on the ball than Farrell and had little influence on proceedings until the end.

The visitors only led 9-3 at the interval, Farrell kicking three penalties to Ford’s one. Th England captain kicked a fourth to give his side a 12-3 lead and they were looking comfortable until the frantic finish. 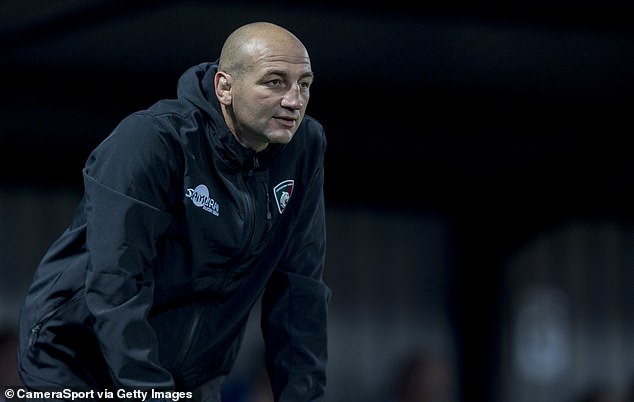