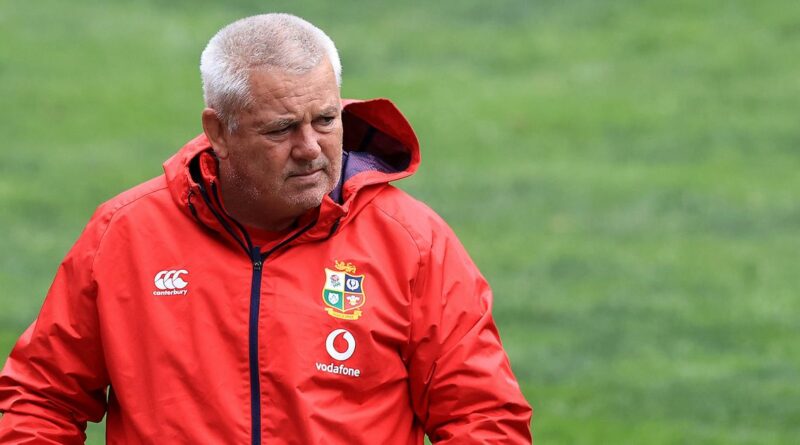 No British and Irish Lions tour would feel complete without a touch of mental warfare, but this summer’s off-field fracas has carried more volume than most.

Lions coach Warren Gatland and South Africa director Rassie Erasmus have traded blows in the media leading up to Saturday’s first Test, discussing everything from tackling technique to referee etiquette.

But no topic has grabbed more attention than Gatland’s reaction to Erasmus acting as a stand-in water boy when South Africa ‘A’ defeated the Lions 17-13 earlier in July.

Director of rugby Erasmus—who still has a leading role coaching the Springboks alongside Jacques Nienaber—donned a bib and took to the field as a means to deliver instructions to his players.

The incident didn’t sit well with Gatland, who said after the match: “Last night he is a water boy and running on the pitch. I think if you are the water boy carrier running onto the pitch you have got to make sure you are carrying water.

“I didn’t understand what his role was. You don’t run onto the pitch giving messages and stuff if you are the water boy without carrying the water. My advice is to make sure he is carrying water the next time he does that.”

And the Lions shot-caller has since delivered another damning verdict on Erasmus playing water carrier, which is technically legal under his current position.

"Well, World Rugby regulations say a coach or a manager can’t be in the technical area on the side of the pitch," Gatland said.

"I suppose they argue he’s not the head coach, he’s the director of rugby. And they had that in the World Cup with Nienaber having a physio qualification being able to deliver messages and do that as well.

"So look, I’m not too worried about it, it’s just I’m not sure it’s the greatest look for the game, but that’s their decision and I’ll just live with that. They’ll make that call and they’re not legitimately breaking the laws or the rules of the game in terms of guidelines.

"I made a bit of a joke about it because I thought it was quite funny."

Former referee Alain Rolland dubbed Erasmus head coach “in everything but name” in his Daily Mail column, where he recommended World Rugby ban the South Africa figurehead from such stunts in future.

Nienaber currently holds the mantle of head coach, and he performed a similar dual-duty as messenger during South Africa’s triumphant run at the 2019 Rugby World Cup.

The 48-year-old was assistant coach but also the team’s on-field physiotherapist at the time, making use of his qualification to pass out tactics on the pitch during breaks in play.

The back-and-forth only serves to increase tensions ahead of Saturday’s series-opening clash at Cape Town Stadium, where Gatland has launched a few surprises with his team announcement. 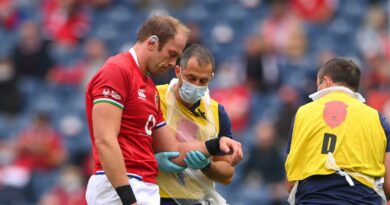 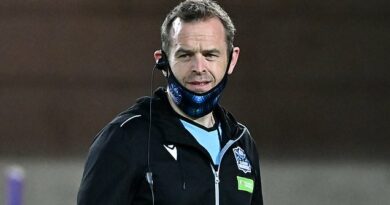