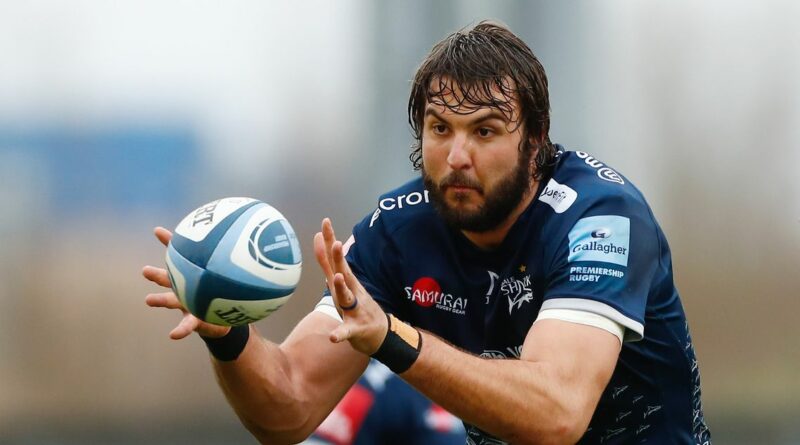 Lood de Jager undergoes surgery on his broken leg today refusing to give up on the Lions tour.

Sale’s World Cup-winning Springbok broke his tibia in training last week, also sustaining damage to the meniscus in his knee.

“We were on the field, we heard the crack and Lood was like ‘oh no’,” revealed Sharks boss Alex Sanderson. “You could hear the disappointment and frustration in his voice.

“It was brutal, We had to complete the session because we had a game and that meant moving to another pitch and cracking on while he was getting stretchered 30 metres away.

“But it’s a clean break and that means six to eight weeks. Lood’s saying he wants to get back for the end of our season.

“It will come down to how much damage has been done to the meniscus and they won’t know that until they open him up.”

De Jager, as befits a 6ft 9in second row weighing in at over 19 stones, has made a huge impassion since joining Sale.

So popular is the 28-year-old, according to Sanderson, that his Sharks team mates played to honour him in their 57-14 Champions Cup win at Scarlets on Sunday night.

“Lood has a Lions tour and I’m sure that’s in the back, or more likely, forefront of his mind,” he said. “But he never mentioned it to me. It was about getting back for us. That’s the measure of the man.”

Worse still for Sale, who play away at French high flyers La Rochelle in Saturday’s European quarter-finals, they are also without Jono Ross, ruled out for 12 weeks with concussion.

Leinster, who play champions Exeter in another last-eight clash, have confirmed that Ireland quintet James Ryan, Garry Ringrose, Caelan Doris, Will Connors and Dan Leevy will be unavailable for selection. 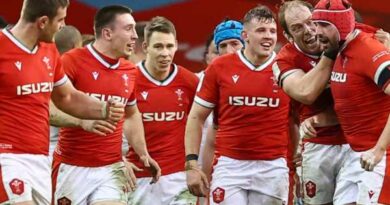 ‘We’re not going to give up’: Waratahs boss on woeful Bankwest crowd