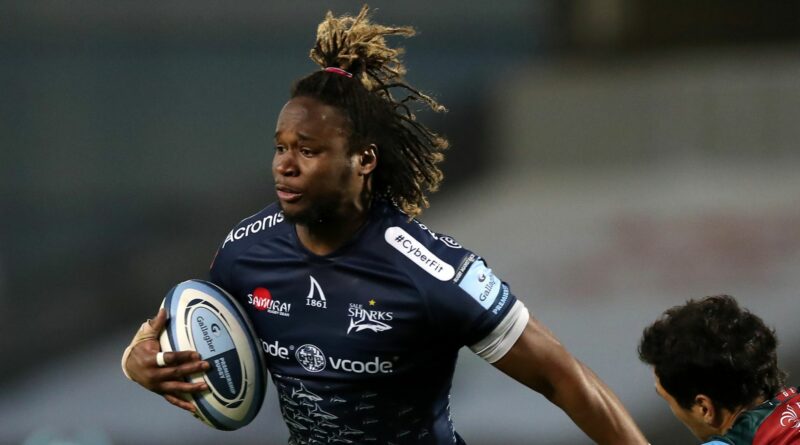 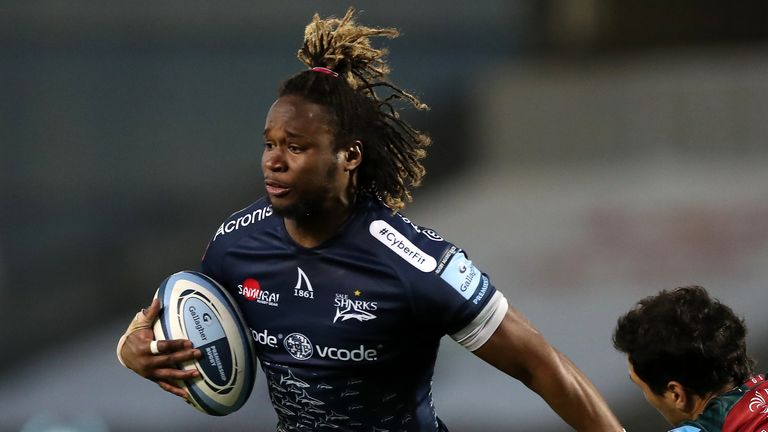 Sale moved up to second in the Gallagher Premiership table after a battling 26-10 triumph over Leicester at the AJ Bell Stadium.

The Sharks dominated the first half and deservedly went 16-0 ahead through Byron McGuigan’s try and 11 points from the boot of AJ MacGinty.

Leicester did get on the board just shy of the interval via Zack Henry’s penalty but MacGinty was on target again for the hosts to restore their 16-point lead.

Although the Tigers threatened to come back following two yellow cards for Alex Sanderson’s men and a penalty try, Marland Yarde sealed Sale’s win going into the final 10 minutes.

The opening stages of the contest set the tone as the home side played with physicality and intensity, while the visitors struggled with their discipline.

Leicester conceded a number of penalties, allowing Sanderson’s charges to build pressure, and the Tigers found themselves 10-0 down after 11 minutes. 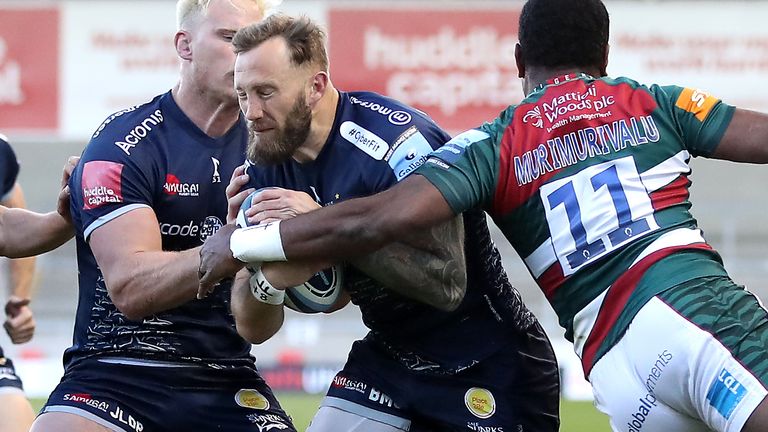 MacGinty opened the scoring for the Sharks with a three-pointer before they manufactured a fine try with the fly-half once again to the fore.

Yarde made the crucial incursion down the right before play was shifted to the other side and a wonderful pass from the pivot enabled McGuigan to surge across the whitewash.

The Tigers had failed to fire a shot in the initial exchanges before they almost created a score via some excellent work from Johnny McPhillips.

Kobus van Wyk was sent clear down the right but Sale’s cover defence did just enough to put off the wing as he attempted to find Henry on the inside.

After that opportunity went awry, the hosts went back on the front foot and forced Leicester into several more errors.

Two infringements inside their own half opened the opportunity for MacGinty to extend the Sharks’ buffer and he made no mistake for a 16-0 lead. Steve Borthwick’s men did narrow the gap slightly thanks to Henry’s penalty, but the Greater Manchester outfit held a comfortable advantage at the break.

Sale then started the second period as they did the first and almost scored their second try when Luke James, Tom Curry and MacGinty combined to allow McGuigan the space to scamper away.

However, the wing was caught and the move broke down, which meant they had to be content with another three-pointer from their fly-half.

Leicester needed a response and they finally earned a chance inside the opposition 22. They went through the phases, forcing the Sharks to infringe on several occasions and it eventually led to a yellow card for Jean-Luc du Preez.

Sanderson’s team were under significant duress and their discipline issues came back to haunt them as James deliberately knocked the ball on, leading to a sin-binning and a Tigers penalty try.

With their opponents down to 13, the visitors sought to capitalise but they were unable to take advantage, despite a searing break from talented youngster Freddie Steward.

To the Sharks’ credit, they held out well and once they were back up to 15 they touched down for the second time to secure the victory thanks to a close-range effort from the in-form Yarde.