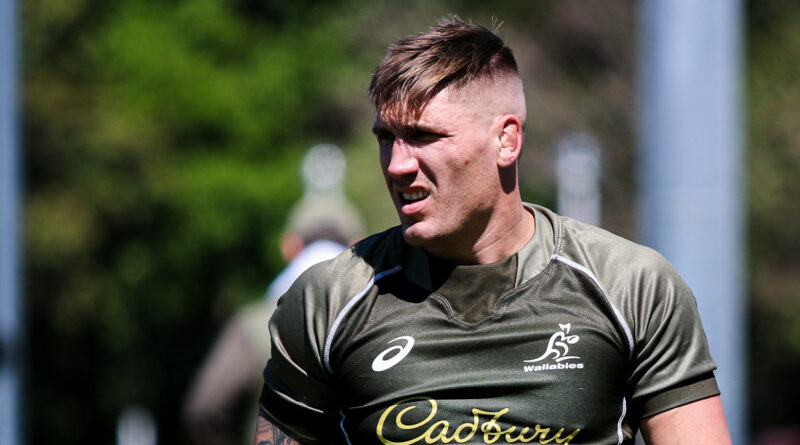 The Wallabies will be without Sean McMahon for the first Test of the spring tour after the star forward returned to Japan early.

After a four-year hiatus, McMahon made his return to the Test arena in the Wallabies’ final match of The Rugby Championship – a 32-17 win against the Pumas. 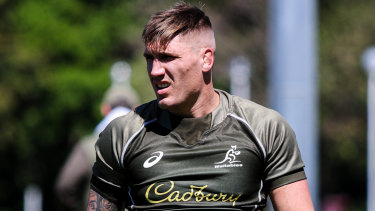 Before that match, coach Dave Rennie confirmed McMahon, Quade Cooper and Samu Kerevi had been granted clearance by their Japanese clubs to take part in all four Tests on the spring tour.

But he flew home to Japan to spend time with his family in the days after the clash with Argentina, and has subsequently been ruled out of the clash with the Brave Blossoms on Saturday week due to COVID-19 bubble restraints.

“Sean went home to family a couple of days after the game, so he’s got to quarantine,” Rennie told the Herald. ”We’re in a bubble for 10 days to allow us to prepare, and then play. People outside that bubble can’t [play].

“He travelled back maybe eight, seven days ago. We’ve done that to allow him to spend time with his family.”

Suntory Sungoliath, who employ Kerevi and McMahon, and Kintetsu Liners, who pay Cooper’s salary, did not have to release the star trio for the October 23 clash against Japan as it does not fall in the international window, but did so anyway.

Sources with knowledge of the situation have told the Herald Suntory shifted their stance on the pair’s availability after Kerevi suffered an ankle injury against Argentina and would now prefer their stars to sit the match out.

The Wallabies will respect Suntory’s wishes, as they are aware the relationship is critical to the pair’s availability moving towards the 2023 World Cup.

“We’re talking to Suntory because even though it’s Reg 9 beyond that time, we’re trying to create a relationship around these players, as opposed to just coming in and saying ‘We’re taking them’,” Rennie said.

“Hopefully, that will allow Sean to spend a few days at the club, too.

“We’ve ruled him out, but we knew that going in.”

While it’s not yet over the line, the Wallabies are hopeful Kintetsu will clear Cooper to play.

After naming his spring tour squad, Rennie told reporters Kerevi may be some chance of lining up against Japan.

But the likelihood of that happening is decreasing by the day. The star centre will almost certainly be given time to recover and return to full fitness before the first of three Tests in Europe, against Scotland on November 7.

“It’s doubtful he’ll be right in time,” Rennie said of Kerevi when asked if he will take his place against Japan. “It’s a lot more positive than we first thought. Syndesmosis is usually a four-week plus [injury], but it’s more likely a three-week [injury].

“He could be right for the Japan game, he’d definitely be right if we were playing a game the following week.”

While Wallabies selectors have not yet decided whether to officially rule Kerevi out of the match, they will likely do so soon after arriving in Japan to allow his replacement – one of Hunter Paisami or Lalakai Foketi – to prepare for the Brave Blossoms.

Stan Sport is the only place to watch the Wallabies v Japan on October 23 and the All Blacks v USA on October 24 – both matches streaming ad-free, live and on-demand on Stan Sport. Start your 7-day free trial here.

SIR CLIVE WOODWARD: Vunipola looked back to his best against Georgia 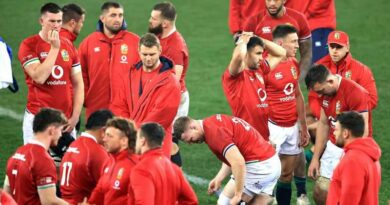