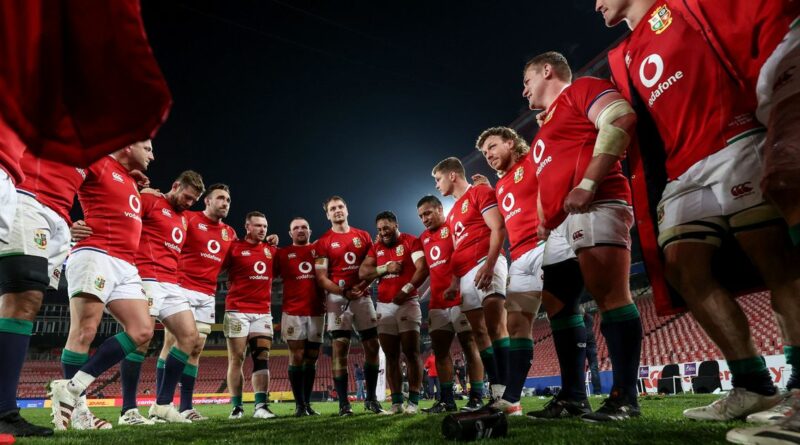 Warren Gatland’s Lions struck a defiant tone by carrying on winning whilst all around them their tour was falling apart.

An eight-try defeat of the toothless Sharks was less notable than the fact the match went ahead at all.

Coronavirus is ripping through South Africa and has already claimed both Saturday’s clash with the Bulls and the Boks’ Test against Georgia on Friday.

Yesterday it found its way inside the Lions bubble, placing a major question mark over the future of the entire tour.

One member of the management tested positive, forcing two players into immediate isolation and the entire tour party to be retested.

The match was in doubt so late into the day that by the time it got the go-ahead the Lions had to make a mad dash across town simply to make kick off. They did so whilst hastily changing eight of their matchday squad, with captain Conor Murray amongst those left back at the hotel along with attack coach Gregor Townsend.

"Our mantra has always been chaos, adapt, change,” Gatland told his much-changed team inside an empty Ellis Park. “We apply that tonight.”

They did as instructed though not before it emerged some of the touring squad had not been double-jabbed.

In such a virus-riddled environment that seems unwise in the extreme and will doubtless prompt questions going forward.

But last night was about focusing on getting the job done then getting back to their bubble post-haste.

The Lions had exactly the right men for this Fast Show, even if Josh Adams and Louis Rees-Zammit came in off only four days’ rest.

Adams followed his four-timer against the Sigma Lions with a hat-trick to take his tally to eight in three games and match Duhan van der Merwe’s own three-try contribution.

Rees-Zammit then took over, going half the length of the field with trademark blistering acceleration.

“I have never known a day like today,” Gatland said. “It’s been quite surreal, a real challenge considering that the staff and players were in our rooms until 6pm. We didn’t get the test results until 5.30. “My message to the players was ‘use this as a positive, whatever’s thrown at us use it, nothing’s going to faze us’.

“I’m incredibly proud of the togetherness of the group. Their performance just shows to me what it means to play for the British and Irish Lions – and I honestly believe that we will have a Test series.”

For now all the Lions can do is go day to day.

“We move to Cape Town on Sunday and at the moment there is no intention to deviate from that agreed schedule.”

SIX NATIONS 2019 PERMUTATIONS: How can England, Wales or Ireland?

Courtney Lawes: You've got to adapt to keep performing at top level