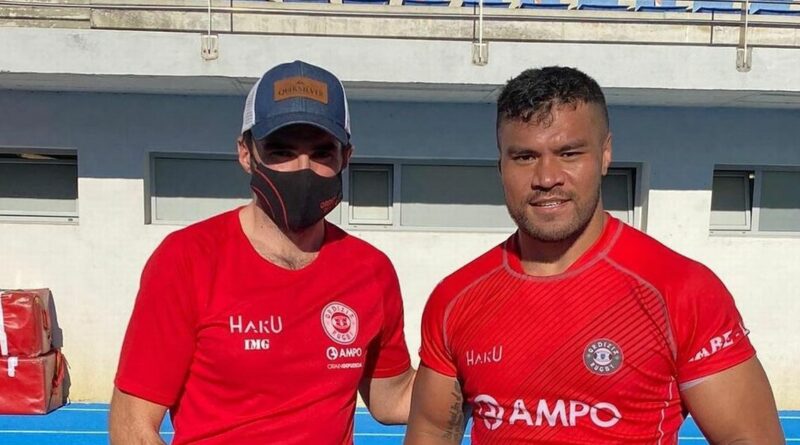 Leauma had travelled to the Dutch capital with the intention of representing Spain 's national team in their Rugby Europe Championship clash against the Netherlands on Saturday.

It's understood he suffered a serious head injury and was rushed to hospital for surgery hours after Spain's 52-7 victory, where he didn't play due to concerns over his eligibility.

However, Spain’s Rugby Federation confirmed the player had died in the early hours of Tuesday, publishing a statement that read: “The Spanish Rugby Federation regrets to announce the death of Kawa Leauma overnight, AMPO Ordizia and XV del León player, who suffered an accident on Saturday, December 18 after Spain’s match against the Netherlands in Amsterdam.

“At the express wish of his wife, who is currently travelling to the Dutch capital, we cannot give any further information at the moment and we ask for the utmost respect for her and her family.

Leauma—who celebrated his 32nd birthday the day before the accident—was playing rugby for Ordizia, based in the Basque region of northern Spain.

The New Zealand Herald recently translated a statement from Spain's rugby federation asking for "calm and maximum respect given the seriousness of the situation."

A previous report indicated the accident occurred at a venue that is owned by a Dutch team sponsor.

Poinsettia Aituava Leauma—believed to be a relation of Kawa's—responded to an Ordizia Facebook post with the message: "I love you my brother, please wake up, we want to hear your voice."

Leauma was hoping to help Spain in their quest to make it to the next World Cup in France, having previously represented Auckland in sevens, as well as playing for local clubs Papatoetoe, Otahuhu, Mt Wellington and Manukau Rovers.

He previously played the whole 80 minutes for a Spain 'A' team during a 13-11 defeat to Italy this past October.