Rugby players are known for letting celebrations perhaps get a little out of hand. Using a trophy to drink out of or eat off is all fairly normal. Using it as a skimboard, well, that’s another matter.

But France fly-half Romain Ntamack decided that’s what he would do after Toulouse’s Top 14 victory.

Toulouse beat Clermont at the weekend and Ntamack has been celebrating ever since. 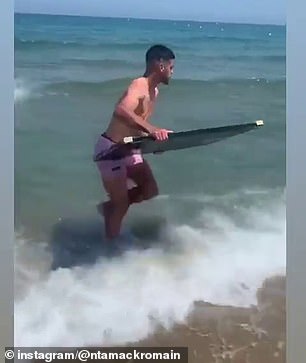 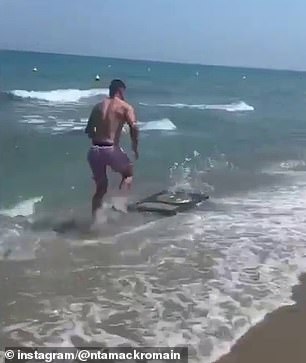 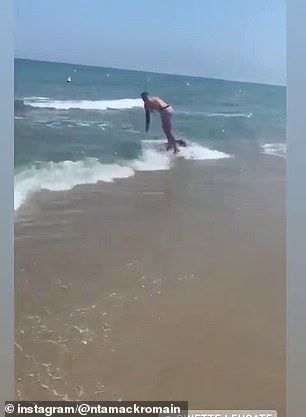 He is perhaps the first to use the Brennus Shield as a skimboard, and did keep his balance

Ntamack posted a video of himself on Instagram, which showed the 20-year-old gripping the Brennus Shield and running along the beach.

He then jumps into the sea and uses the Top 14 shield to glide over the waves.

On Twitter, Ntamack was clearly proud of his efforts. He retweeted a post from French sports journalist Anouk Espiasse-Cabau.

Her tweet read: ‘Romain Ntamack surfed with the Brennus Shield and this is the best use that has been made of this trophy.’ 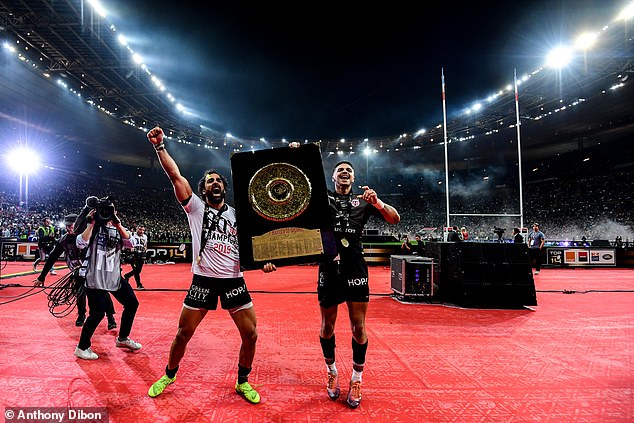 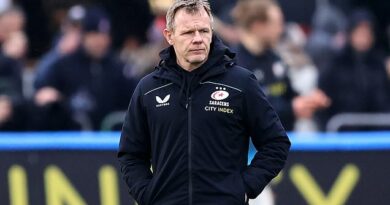 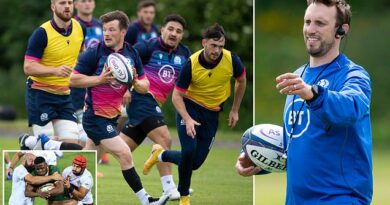