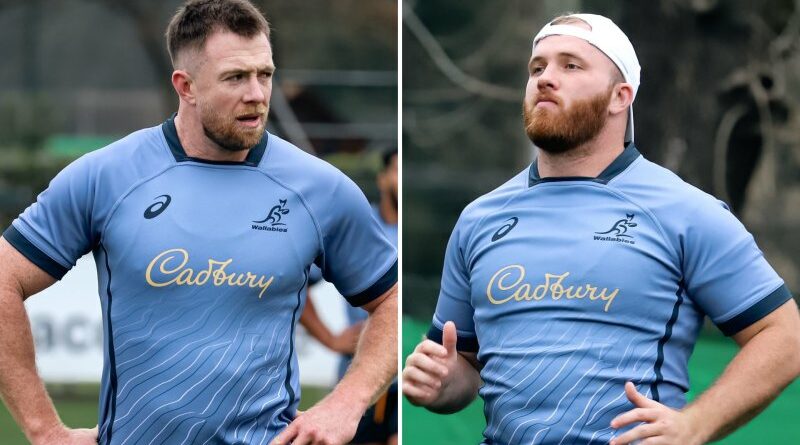 New Wallaby Jed Holloway hopes the uncanny occurrence of two boys from the far north coast of NSW making Test debuts on the same day will bring a small measure of joy to the communities of the flood-ravaged region.

In a quirk of fate, Yamba-raised Holloway and Rebels prop Matt Gibbon, who hails from nearby Alstonville, will both play their first Tests in Mendoza on Sunday morning. But to add more layers to the tale, the Holloway and Gibbon families are close, with Holloway a good mate and junior country teammate of Matt Gibbon’s brother, former Australian sevens player Alex Gibbon.

Matt and Alex Gibbon grew up in difficult circumstances, having parents with disabilities and an unstable home life. But rugby saw the Gibbons and Holloway move to Sydney to play rugby at Southern Districts, where they shared a house.

“Matt was a couple of years behind Alex but I have known Matt for the same amount of time,” Holloway said.

Like Holloway’s family, who will hold a watch party on Sunday morning because of the crazy cost and length of an 11th-hour dash to Mendoza, the NSW lock joked he expected the Pacific Hotel in Yamba to stay open all night. 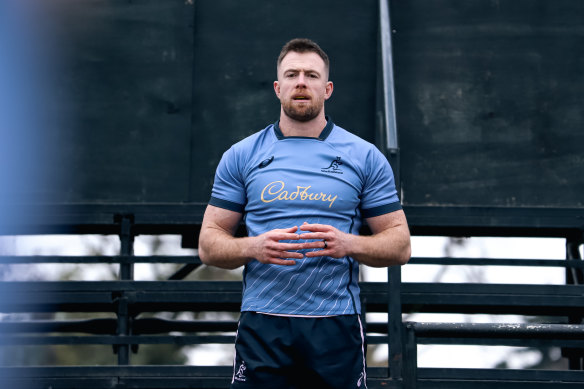 That part may be a stretch, but Holloway hopes the sight of he and Gibbon playing for Australia may help lift spirits at home after the terrible floods this year.

“You hear some stories that are just horrific,” Holloway said.

“They’ve had three floods now and you hear stories about people cleaning up after the first flood and setting up one room with all their stuff in it, and then another flood coming through and taking that out. There are a lot of people struggling up there.

“The way I reflect on it [a debut] is thinking about people who have helped me get here. My wife and my family are the big ones but Southern Districts as well, who’ve always supported me. The Yamba Buccaneers, starting there and all the people you meet along the way. I am quite a sentimental person and I don’t lose sight of that or forget that. Definitely, when I will be running out there, they’re the people I will be thinking of.”

Holloway, 29, was still soaking up the news of his mature-age debut on Thursday, after a well-documented journey that saw him dumped by the Waratahs, move to Japan and the US, contemplate quitting and then, after a major personal reckoning, make a triumphant return this season.

“I knew I needed to come home with the right attitude and I didn’t have that before,” Holloway said.

“I always believed in my ability but probably the work ethic and the attitude wasn’t there. That’s something that time away really showed me. Now I get to reap the rewards of all that hard work.”

But even after dominating for NSW so much a Test debut was pencilled in by Dave Rennie, Holloway was struck down with a torn calf ahead the England series.

“Early on my career it probably would have set me off the rails a bit,” Holloway said. 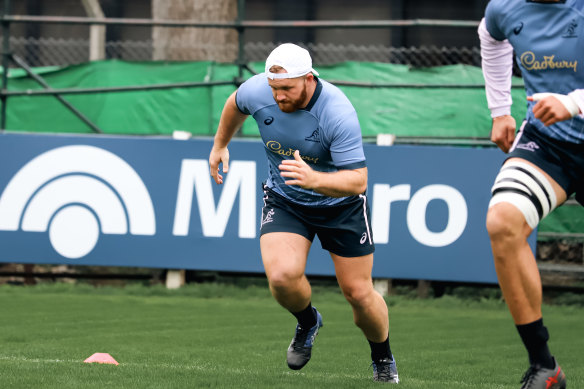 ”But I have a good support network around me now with my wife and little girl … there are bigger things than just rugby. Things to take me away from that and stay positive.“

Despite playing lock for most of the last few years, and at No.8 when not in the back row, Holloway will play in the less familiar No.6 jersey. But Rennie said he intends to keep Holloway working in the middle of the field and said he’ll be a valuable addition to the lineout.

“We are really excited for him, he is such a good man,” Rennie said. “He had a massive season for the Waratahs and deserves his chance. We would have included him against England, had he not got injured, so he has had to be patient.”

In one last twist, Holloway will make his debut against a Pumas team coached by Michael Cheika – the man who signed him on his first professional contract at the Waratahs in 2013.

Holloway said the tough love from Cheika early in his career was not pleasant, but he was now “grateful”.

“The pressure that he put on me at the time made me a much more resilient person,” Rennie said.

Watch every match of The Rugby Championship on the Home of Rugby, Stan Sport. Kicks off this weekend with South Africa v All Blacks (Sunday 12.30am AEST) and Argentina v Wallabies (Sunday 4.45am AEST). All matches streaming ad-free, live and on demand on Stan Sport.

WATCH: 'If it was a head-butt it deserves a red card' – Fergus McFadden lucky to escape following flashpoint 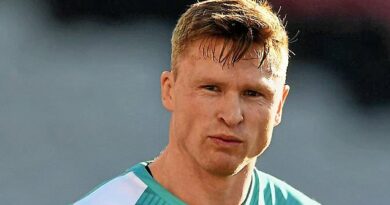 Chris Ashton may hang up his boots after leaving Worcester 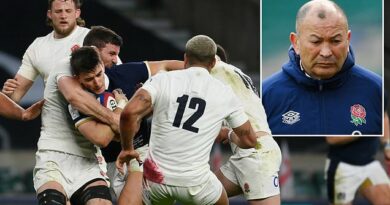