Home » Rugby Union » ‘Our own worst enemy’: Force no match for Brumbies 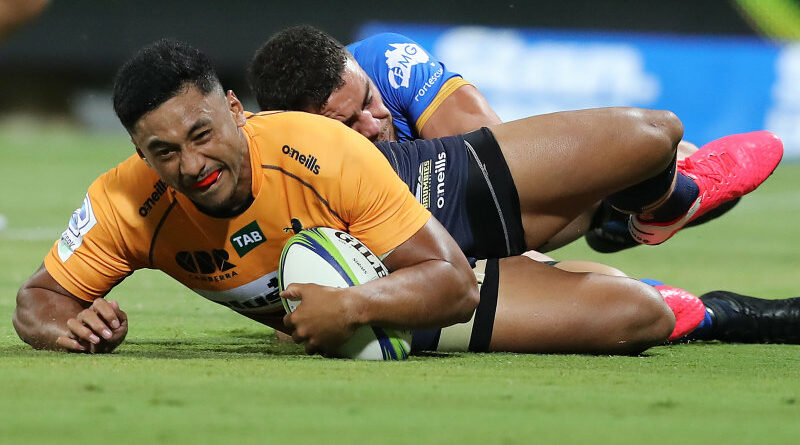 Western Force captain Ian Prior conceded his team were their “own worst enemy” as the Brumbies opened their Super Rugby AU account with a comfortable 27-11 win in Perth.

The Force, playing their first Super Rugby match at home since 2017, showed glimpses of excellence and took it to the reigning champions in the early exchanges but succumbed to their ninth straight loss. 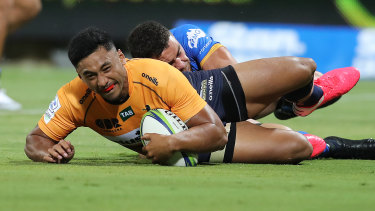 Irae Simone scored one of the Brumbies’ three tries on Friday night. Credit:Getty

Last year the team pulled together a side at short notice for the first instalment of Super Rugby AU but an off-season spending spree, thanks to Forrest’s generosity, has significantly improved their chances of not going two years in a row without a win.

While the West Australians looked dangerous and appear to have improved cohesion in the backline, a tryless showing looked on the cards in a game they have targeted for months.

That was until the dying stages when Cubelli, the Argentinian halfback playing against his former club, crossed for a try.

His five-pointer, however, denied the Brumbies a bonus point, meaning the Reds will finish round one a competition point ahead following their demolition job of the Waratahs earlier in the evening.

“We were just our own worst enemy tonight there with discipline,” said Prior, whose side turned the ball over 15 times. “The Brumbies were too clinical and that’s why they’re the reigning Super Rugby champions.

“We’ve just got to be honest with each other. A couple of the guys were just cutting corners there and not trusting the system or the process.”

The importance of the fixture was not lost on anyone when Richard Kahui expressed his displeasure at the break with his team trailing 13-6.

“Pretty disappointed with it,” Kahui said. “We gave away far too many penalties … [in the] second half I expect our boys to be much better disciplined.” 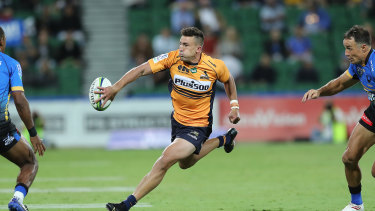 Tom Banks throws a pass out the back. Credit:Getty

Incumbent Wallabies halfback Nic White had a superb game and popped a perfect pass to Lolesio, who ran a perfect angle and set up a clear run to the tryline.

Len Ikitau, a bolter in last year’s Wallabies squad, made his opposite number and former Brumbies teammate Kuridrani feel about two feet tall by bumping him off before giving a pass away to Simone who made no mistake for a five-pointer.

Prior and Force No.10 Jono Lance were replaced after 50 minutes, with Cubelli and Jake McIntyre combining to run the show. McIntyre looks like he has added extra strings to his bow during his time away from Australian rugby.

James Slipper was shown a yellow card in the 59th minute but that didn’t stop the Brumbies from running out winners in the three-tries-to-one showing.

The Brumbies will host the Waratahs next Saturday, while the Force have a bye before travelling to Sydney in round three to face NSW. 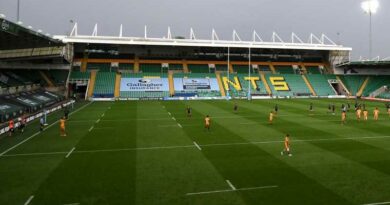