Home » Rugby Union » Paul Grayson: Why England can be champs of Europe in rugby as well as football

Saracens can today cap a week of sporting dominance for English teams in Europe by winning a third Champions Cup.

Liverpool and Tottenham sprung major shocks in reaching the Champions League final and Sarries' task is no easier, with opponents Leinster having won rugby’s biggest prize four times since 2009.

But the Londoners have taken their game to another level in recent weeks and what they showed in their semi-final win over Munster tells me they have the ability to win at St James’ Park.

Munster’s biggest weapon is the destruction they cause at the breakdown on opposition ball, the way they disrupt your flow and stop you playing. Saracens clearly identified that as something they weren’t going to allow happen to them.

That afternoon their work at the breakdown, in terms of set-piece accuracy into launch play was phenomenal.

The speed with which they got their clearers in position to deal with any potential threats before Munster had time to get on the ball, slow it down and counter ruck, was different class.

By getting in first and taking charge, they did not need to commit two, three, four men to the breakdown and instead had loads of quick ball to play off.

Saracens are at their most effective when they are able to keep as many bodies on their feet in attack as they can and pose a full field threat.

Achieve that and they can work their patterns and create space for Owen Farrell to pull the strings.

Once they turned on the power after half-time they pulled quickly away from Munster. Against Leinster, however, it won’t be so simple.

This is a side which does not recognise a lost cause, not least because it so rarely encounters one.

Northampton learned this to their cost in 2011 when starting the final like a rocket against the Dubliners and leading 22-6 at half-time. Leinster calmly mounted a second half blitz and won at a canter.

Johnny Sexton's team don’t roll over so there can be no let-up. Fortunately for Saracens they have the players and the late-season conditioning necessary to keep coming. Which is why I see them winning by four or five points. 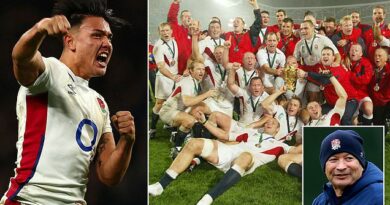 SIR CLIVE WOODWARD: This is best England squad since we won World Cup 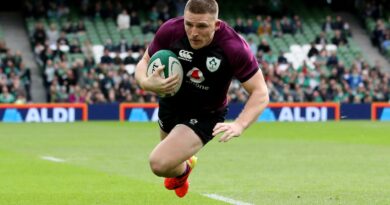