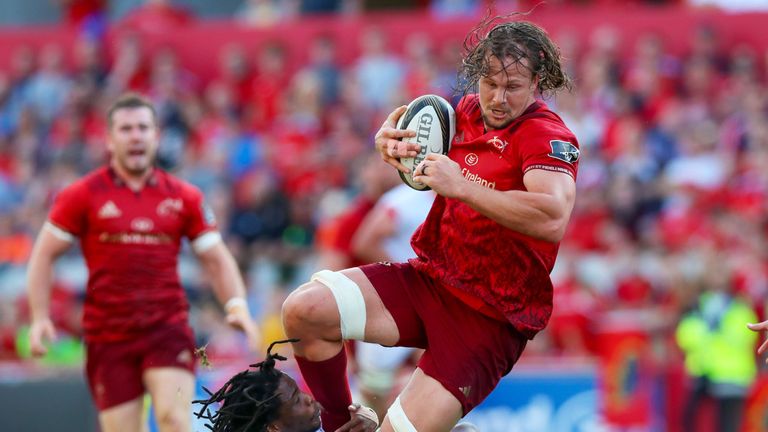 Edinburgh have made it seven wins on the trot in the Guinness PRO14, while Gethin Jenkins has ended his Cardiff Blues career with a win and Leinster and Munster have triumphed in South Africa.

Munster held off a stunning fightback from Cheetahs as Mike Haley’s late try earned a 30-26 victory in the Guinness PRO14.

Scores from Arno Botha, Kevin O’Byrne and Liam Coombes helped the Irish club build a healthy 22-5 advantage early in the second half at Toyota Stadium, with Joseph Dweba crossing in reply for the hosts.

A bonus-point win in Bloemfontein as we hang on to beat the Cheetahs! #CHEvMUN #MunsterInSA?? pic.twitter.com/bk3mH8yLRT

But the South African side battled back and moved four points ahead with 16 minutes to play after Tiaan Schoeman converted tries from Dweba, Ox Nche and Rhyno Smith.

Munster, who had Chris Cloete sin-binned for kicking the ball in an offside position in the 26th minute, showed resilience and Haley touched down 12 minutes from the end, before Rory Scannell added a late penalty.

Leinster secured a 38-31 bonus-point win at Southern Kings to extend their lead at the top of the Guinness PRO14 Conference B. 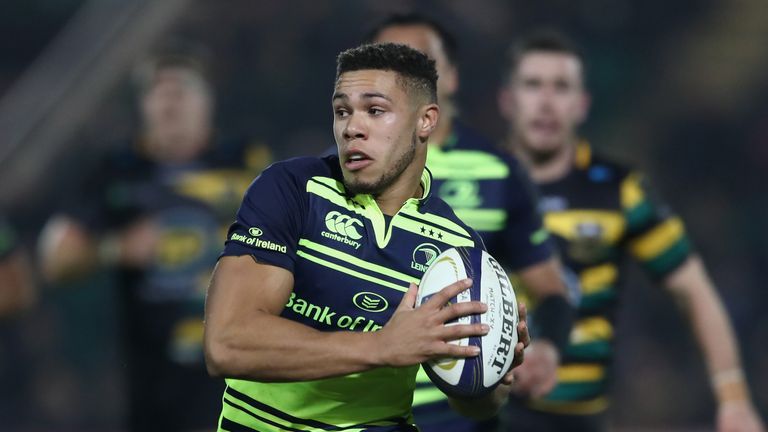 The visitors, without a number of their Ireland internationals, scored five tries in the opening half to take a 33-12 lead into the interval.

Bryan Byrne scored Leinster’s only try of the second half before their South African hosts, rooted to the bottom of the table, scored two tries in the final 10 minutes.

Leo Cullen’s men held on to secure a seventh win from their opening eight matches.

Gethin Jenkins brought the curtain down on his illustrious playing career in Cardiff Blues’ convincing 37-0 PRO14 victory over Zebre at the Arms Park.

Prop Jenkins, capped 129 times by Wales, came on in the 57th minute to make his 195th appearance for Blues, who scored five tries to pick up a valuable five points in the hotly-contested Conference A.

The win avenged Blues’ shock 26-24 defeat at Zebre, but the hosts lacked any fluency behind the scrum where the likes of Willis Halaholo, Gareth Anscombe and Jarrod Evans were badly missed.

A depleted Zebre battled throughout but rarely threatened the try-line to finish scoreless.

Ulster secured an impressive victory on the road in the Guinness PRO14 as they won 15-10 at Benetton.

Defence was at the heart of Ulster’s win as they came back from 7-0 down to go second in Conference B. Benetton led three minutes in, Hame Faiva going over and Tommaso Allan tagging the conversion.

Billy Burns landed a long-range penalty to keep Ulster in touch, with Sean Reidy then powering in after the break.

Burns missed the goal but Rob Herring scored a second try and Burns was faultless at the second time of asking. Michele Lamaro was in the sin-bin for the hosts at the time and it proved costly.

Allan slotted a penalty but it was not enough to spark a comeback as Dan McFarland’s men held on.

Edinburgh extended their winning run at home in all competitions to seven matches when they saw off Scarlets 31-21 in a keenly-contested Guinness PRO14 encounter at Murrayfield.

The result means the Scots have not lost on their home patch since April.

Both teams were shorn of key men because of international commitments but several of the stand-ins seized the opportunity in a contest that saw the Scots lead at half-time before falling behind and battling back to take all five points.

The home side had try doubles from Tom Brown and Viliame Mata, plus one for Pierre Schoeman, while Simon Hickey and Juan Pablo Socino shared the kicking duties. Scarlets left empty-handed despite tries from Morgan Williams, Paul Asquith and Johnny McNicholl, with Dan Jones kicking the other points.

Replacement Niko Matawalu ran in for a try hat-trick as Glasgow ended Ospreys’ nine-game winning run at home with a 29-20 Guinness PRO14 victory at Liberty Stadium.

A big thank you to all our supporters who travelled to Swansea to support us last night #WarriorNation pic.twitter.com/fXiA6BL51d

Matawalu came on early in the first half and took advantage of the Warriors’ superior attacking threat as they outscored the home side four tries to two. The bonus-point triumph increases the Scottish club’s lead at the top of Conference A.

Don't tell Alun Wyn Jones he is one game away from rugby greatness!

Neil Francis: 'Leinster were so far from perfect that you have to complain – because Lyon were absolutely atrocious' 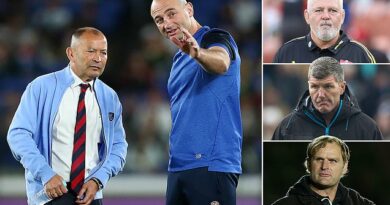 WORLD OF RUGBY: Replacing Jones with Borthwick would be the WRONG CALL