Melbourne Rebels captain Dane Haylett-Petty will come straight back into the starting side to face the Hurricanes in Wellington on Saturday.

Rebels coach Dave Wessels had no reservations about bringing Haylett-Petty into the fullback role despite being out since March 21 with a toe ligament injury. 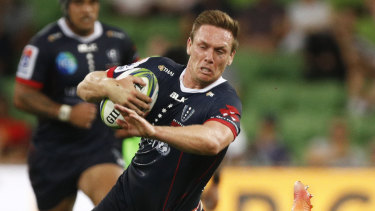 Rebels skipper Dane Haylett-Petty is back from injury.Credit:AAP

Reece Hodge has impressed at fullback in recent weeks and he will move back to inside centre with Billy Meakes dropping to the bench.

The Rebels have also remodelled their forward pack with Matt Philip and Luke Jones playing as the locks, Adam Coleman sitting out with a shoulder injury and Angus Cottrell and Rob Leota playing in the two flanker roles.

The Hurricanes are second in the New Zealand conference and boast one of Super Rugby's most potent attacks, led by All Blacks trio Beauden Barrett, Jordie Barrett and TJ Perenara, while flanker Ardie Savea has tormented Melbourne for several seasons.

The Rebels had two straight losses before last week's bye and Wessels said Haylett-Petty’s poise and leadership were missed.

"Dane is the captain of our team so just having his leadership back will be good," Wessels said.

"Hodgey has done well for us at fullback so it wasn't a straight-forward decision.

"Dane is an experienced guy, has the respect of the group and manages himself well so I don't think any team wants to play without their captain for an extended period."

Wallabies hooker Jordan Uelese trained well this week in his return from a knee reconstruction but was not considered for selection with Wessels saying he was likely to play in the local Dewar Shield before having a bench role at Super Rugby level.

Coleman's absence will hurt the Rebels but Wessels has backed Jones and Philip to hold the fort as locks. Jones has been outstanding as a flanker this season but Cottrell is a capable replacement and Leota is a promising talent.

"Adam Coleman is ruled out of the game with a niggly shoulder," Wessels said.

"It shows the confidence we have in Jonesy and Matt Philip, they played lock for us earlier in the season really effectively.

"Leota is only a young guy and his confidence has come along, he is a big guy who has moved well. He's earned his start and I'm looking forward to seeing how he goes this weekend."

The Rebels put their focus into their attack this week with Wessels urging his players to be regain the confidence and flair shown earlier in the season when they whipped passes around the field and regularly scored big tallies.

"Training has looked and felt better this week and we should be good going forward." 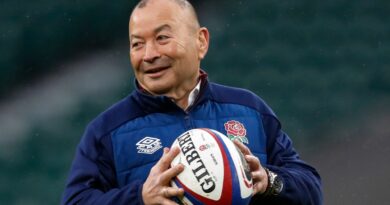