Richmond 7-46 London Irish: Exiles secure immediate return to Premiership as coach Declan Kidney warns there is much more to come

The champagne corks had barely finished popping before promoted London Irish were being warned of the mountainous challenge to stay in the Premiership.

The Exiles guaranteed their promotion with a game to spare but coach Declan Kidney claimed they would be foolish to rest on their laurels.

The club are now ready to push the button on £3million worth of new signings. 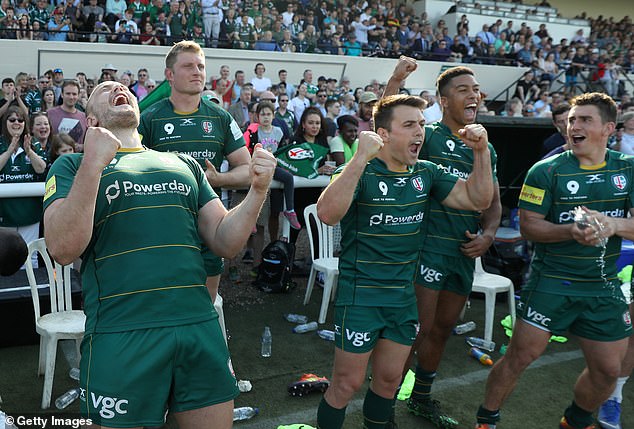 All Black winger Waisake Naholo and Ireland flanker Sean O’Brien are among the recruits, although most will not be available until after the World Cup.

This year’s Premiership has been one of the toughest in history but the Exiles are desperate to stay in the top flight for the unveiling of their new stadium in Brentford next year.

‘This is like getting to base camp,’ said Kidney. ‘We know we have to go up a percentage in terms of strength and conditioning and skill. We know the mountain that’s ahead of us.

‘There’s a fair bit of planning going on. We want to be in the Premiership when we move in so staying in the league is a big thing. There’s not much craic in being beaten.’

Irish had one foot in the Premiership by half-time. Richmond took an early lead but the part-timers could not sustain their fast start. 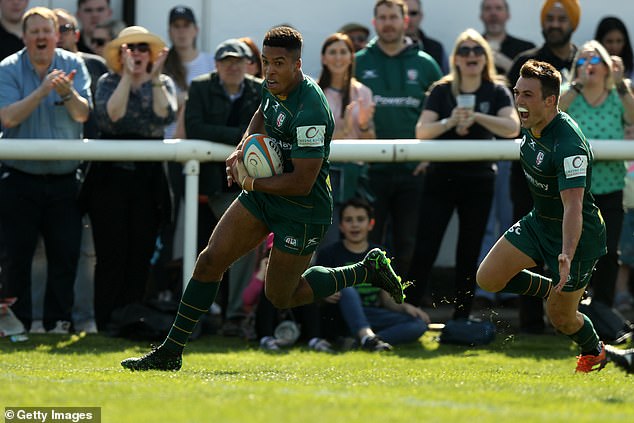 Irish have a history of developing wings, including Anthony Watson and Joe Cokanasiga, and Benjamin Loader is the latest one to watch.

Loader, who will partner Naholo next season, has come through the England Under 20s and scored twice to help secure the bonus point within 36 minutes.

Richmond needed a victory to avoid relegation but further scores from Albert Tuisue and Bryce Campbell left them trailing 24-7 at half-time.

The strength of the Exiles pack saw them through after the break. Tala Ioane scored off the back of two lineouts, before Josh McNally and Alivereti Veitokani finished the job. 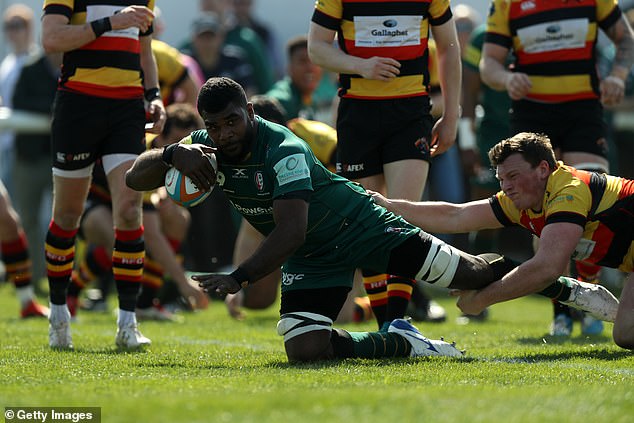 Six Nations 2020 team of the tournament (so far)