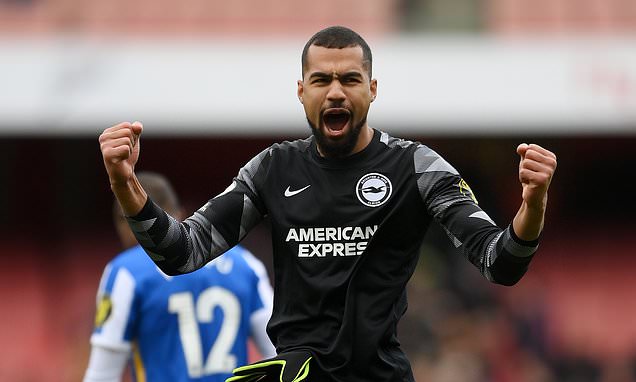 Graham Potter believes goalkeeper Robert Sanchez has what it takes to eventually play at ‘the very highest level.’

Sanchez was one of Brighton’s standout performers in their brilliant and fully-deserved win at Arsenal as they ended their seven-game winless run with a memorable success.

Sanchez was handed his Brighton debut last season by Potter, has gone onto establish himself as their No.1 and also broken into the Spain squad. 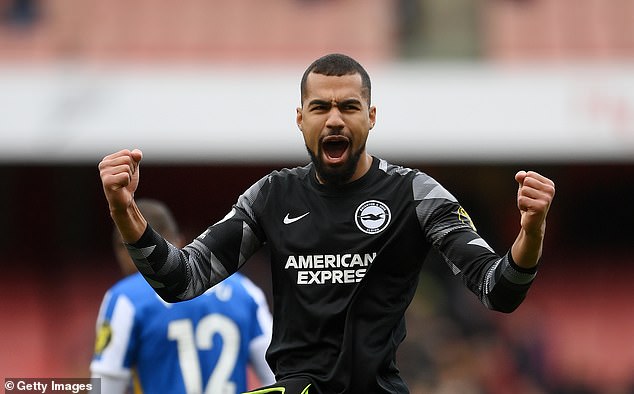 Robert Sanchez put in an impressive displ;ayas Brighton won at the Emirates Stadium

Brighton rewarded the 24 year-old with a new long-term deal that runs until 2025 last February though, at the same time, he is beginning to attract admirers with Newcastle and Italian giants Juventus among the clubs monitoring his progress.

Potter’s concern is how Sanchez is developing for Brighton and he said: ‘I don’t know what headlines he has had but from our perspective it’s quite clear that he has the capability to play at the very, very highest level. He’s got that potential.

‘The only thing that’s missing is the games and the experience which playing in the Premier League, especially in front of crowds can really help. He’s got the capacity to make world class saves, I’m just delighted for him that he’s been able to make them and help us win a game of football.’

Moises Caicedo also caught the eye on his Premier League debut as Brighton outclassed Arsenal in midfield at The Emirates. 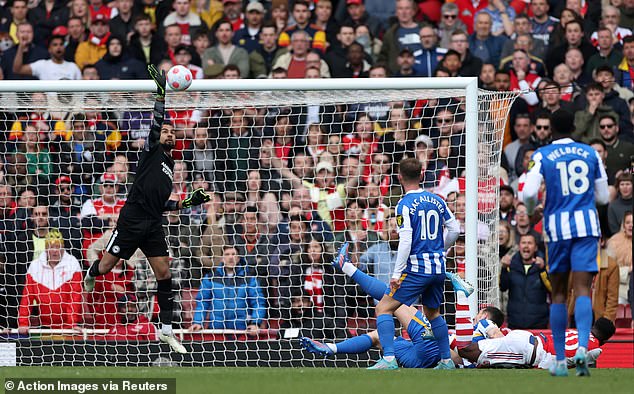 The 20 year-old joined Brighton last February – another potentially-shrewd capture by the Seagulls given his reputation as one of Ecuador’s best young prospects – before spending the first half of this season on loan at Belgian club Beerschot.

Potter said: ‘When he came back from his loan we were actually doing quite well. Our results were positive so it’s not so easy to come from that, from Belgium and come into the team and wait for the right opportunity.

‘Then we started to lose and again that’s not necessarily the right time to put him in. He’s had to be patient.

‘He’s had some really positive experiences with his national team and the game against Arsenal, I felt we had to be strong in that midfield area. Obviously Jakob Moder’s injury has changed things a little bit and him, Enock and Yves in midfield I thought could be helpful for us.’