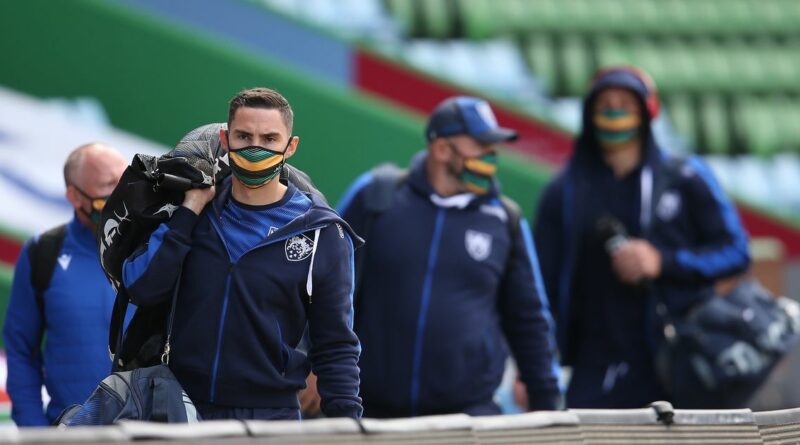 Simon Halliday has warned that rugby will need to rethink its entire season if the two European Cup competitions are suspended.

France has extended the closure of its borders to the UK in an effort to minimise the mutant strain of Covid-19.

The Macron Government will today announce whether or not its clubs can compete in the remaining pool rounds on the next two weekends.

Halliday, chairman of European Professional Club Rugby, said the decision would likely have a profound effect on the whole rugby calendar.

The former England star said: “If we do get shut down, if the French ministry hands down a decision that goes against the next two rounds, then I think it’s got broader implications for the game this season.

“We’re going to need to have a reset and take a look at it from the bigger picture perspective.”

Halliday’s concern is that a suspension of cross-border club competition could well impact the Six Nations, due to kick off on February 6.

That would plunge the cash-strapped sport deeper into crisis and spark a debate as to whether the Lions tour should give up its summer slot to the Six Nations in the hope that crowds by then would be able to attend.

Montpellier owner Mohed Altrad has already called for the plug to be pulled on the Champions Cup, whilst Bayonne are refusing to fulfil their fixtures in the Challenge Cup.

The French Government met with both its clubs and EPCR on Thursday.

Tournament organisers have updated their protocols in a bid to allay French fears after a number of Top 14 clubs voiced concern over testing processes in the UK.

"Notable updates to the protocols include the addition of matchday minus three testing, conforming to the new directives of the French government," said an EPCR spokesperson.

"These changes supplement the existing, meticulous contact tracing with all measures put in place with a view to limiting the risk of transmission and allowing the tournaments to continue in the context of the strong evolution of a new variant of Coronavirus.

"EPCR expects to receive a decision from the authorities in the next 48 hours."

In the meantime the Rugby Football Union has begun providing its Premiership clubs with a post-match video summary highlighting where ‘match behaviours’ need to be improved to allow the league to keep going.

This is on top of a spot check process which will take place at training and match venues each week.

“The intention is to encourage good behaviours and compliance with the standards,” said a spokesperson.

“But if clubs or players are consistently found to be not following the minimum operating standards the RFU, under regulations established by the PGB, will consider taking action in line with the disciplinary framework.”

Shame on those who stoop to the World Cup blame game

Leinster overcome Munster challenge to set up final date with Glasgow: As it happened

Thomas Tuchel provides early glimpses of change at Chelsea – and four other things we learned
We and our partners use cookies on this site to improve our service, perform analytics, personalize advertising, measure advertising performance, and remember website preferences.Ok