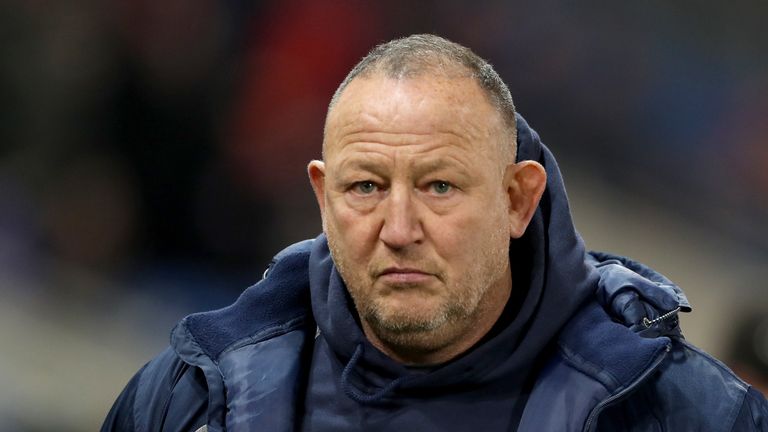 The RFU has confirmed that Sale Sharks have been cleared of any wrongdoing over the coronavirus outbreak at the club that forced the cancellation of the final game of last season against Worcester Warriors.

Sale were unable to fulfil their last fixture of the 2019/20 season against the Warriors in October after a total of 27 players and staff members tested positive for coronavirus.

The match was recorded as a 20-0 victory to Worcester, with that outcome seeing the Sharks miss out on the Gallagher Premiership play-offs.

Sharks director of rugby Diamond suggested earlier in the week that his side would be exonerated of blame and dismissed reports his players were partying and socialising throughout Manchester after their Premiership Rugby Cup victory over Harlequins on September 21.

The RFU say the independent compliance audit, which was conducted by Healthwork Ltd, concluded: “No evidence has been found to show that any player or member of club staff left the Carrington training ground and went to any other venue apart from their home.

“Currently, there are no grounds for any charges … against Sale Sharks or any individual associated with Sale Sharks in relation to events around the Premiership Cup Final.”

The report said the most likely source of the infection was outside the club environment, which supports the claims made by Diamond at a press conference on Tuesday, when he said the Sharks were also cleared by an investigation by Public Health England North West.

“Obviously we had a mass outbreak so they’ve got to have a look at it,” Diamond said.

“There was a natural spike in the region and put that together with we were given a false negative, they would have been contributory factors to the outbreak.”

The report produced a set of recommendations intended to reduce risk and protect the welfare of players and staff which have been approved by the Professional Game Board (PGB) for implementation ahead of the 2020-21 season which kicks off on Friday night.

Those recommendations include the mandatory use of Rugby Squad medical app for the screening of all players and staff, prompt access to GPS data for contact tracing, full availability of training footage and a formal process for the notification of players who are impacted by positive COVID tests.

RFU medical services director Dr Simon Kemp said: “The minimum operating standards have been agreed to ensure that professional rugby has been able to return.

“While PCR (polymerase chain reaction) testing is taking place on a weekly basis, it is critical not to forget the importance of maintaining social distancing, at all times when not training or playing.

“This, together with the wearing of masks and good hand hygiene will help both reduce the risk of transmission and the number of potential close contacts requiring to isolate should any positive cases arise.”

The RFU’s governance standing committee has approved changes to the Premiership regulations to give the PGB the ability to recommend the cancellation of a match.

The RFU says the final decision will rest with Premiership Rugby and any decision will be made on a case-by-case basis and not be determined by any specific number of positive Covid-19 tests.

Of 967 players and management from 12 clubs tested this week, seven were positive from three different clubs, five of them players and two members of staff.

Rob Kearney a doubt for Argentina clash as focus switches

Former Origin star loses case against Broncos after learning of replacement ‘via screenshot’
We and our partners use cookies on this site to improve our service, perform analytics, personalize advertising, measure advertising performance, and remember website preferences.Ok