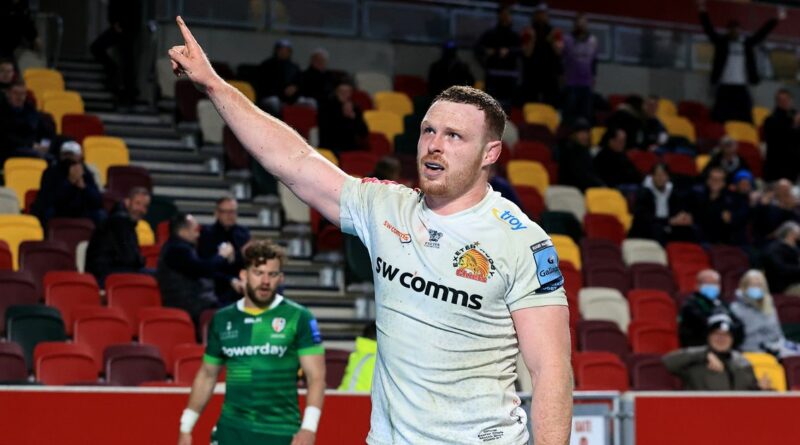 “I scored 19 tries in my career for Wasps and I thought I was a decent player,” said Dallaglio. “He’s scored that in one season!

“What a player, what a record, what an achievement." It took his tally to five in two games against the Exiles, with the rest coming against Harlequins (3), Bath (3), Leicester (2), Gloucester (2), Worcester (2), Newcastle and Sale.

“This means a lot to me,” he said as team mates serenaded him with the chant ‘Simmo is a Lion!”

Simmonds, who has not been capped by England since 2018, incredibly now has twice as many Premiership tries as his nearest rival.

“I turned up at Exeter at 18 not really knowing what position I wanted to play and about 85 kilos,” he added. “Some people probably think I’m still 85 kilos now.”

Whether that is a dig at England was unclear. One way or another Slammin’ Sam had the final say, diving over at the death for his 50th league try in just 66 games.