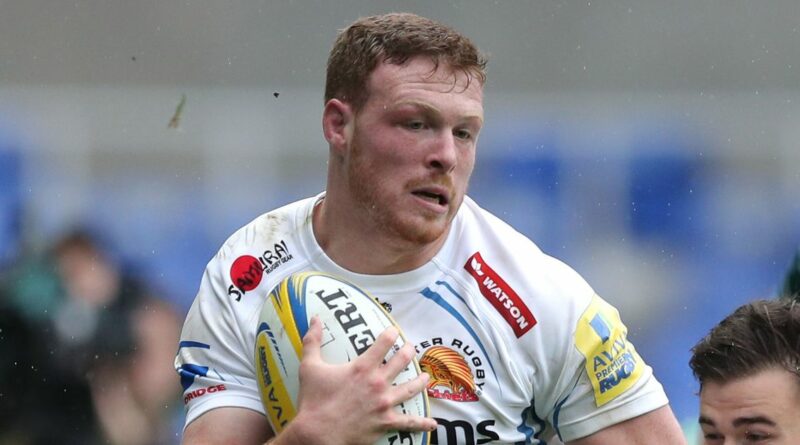 Sam Simmonds learns today whether he has defied convention and bypassed England to become a British and Irish Lion.

Head coach Warren Gatland has spent the year poring over international rugby to piece together a squad capable of the beating world champion Springboks.

Across the Autumn Nations Cup and Six Nations Championship he has reached conclusions based on individual displays at the top level of the game.

But all the while he has kept an eye on a player delivering week in week out away from the Test spotlight.

And at shortly after midday Simmonds, 26, will learn if his lung-busting efforts for Exeter Chiefs have been rewarded with the greatest recognition of all.

That is when Gatland takes to the stage in London’s Theatreland and announces the 36 players he is taking with him to South Africa.

There has already been disappointment for England prop Joe Marler, who revealed last night that he is not in the Lions’ plans despite being widely tipped to tour.

But No.8 Simmonds remains hopeful that steering Exeter to the Premiership and Champions Cup double in 2020 will earn him his spurs.

That being named European player of the year and leading this season’s Premiership try charts with 14 tries in 16 games is worthy of home union rugby’s highest accolade – even if Eddie Jones doesn't rate him.

“Earlier in the year Warren and I had a brief chat,” said Simmonds. “I wasn't playing in the Six Nations but he told me not to worry about that, to keep playing well for my club and that if I do, we'll see what happens.

“The Lions is the pinnacle of any professional rugby player’s career. It would be amazing to get that recognition.”

An eight-match tour set to take place in a bubble and be led by four-time Lions warrior Alun Wyn Jones will not be for the faint-hearted.

Indeed Marler wondered out loud whether his well publicised struggles with depression might have counted against him.

“If you are Warren Gatland, would you go: ‘It’s a pretty tight bubble, nine weeks away, it’s already tough enough as it is, do I need someone who’s got form of struggling mentally and away from home? Is that the right person to have on that tour?’ Probably not.”

But Simmonds, who won seven caps in 2017-18 before being discarded, insists he is ready to grasp the opportunity with both hands.

“What would I bring? Energy, whether impact off the bench or starting,” he said.

“I might not have the amount of carries of some of the bigger players, but I feel every time I touch the ball it’s an effective carry, whether in wide channels or through traffic.

“The South Africans are big lads and it’s always going to be a challenge for someone a bit smaller like me,” added the 6’2 star.

“But for me it’s never been just about bulldozing my way through, but finding other ways."

England train in the rain ahead of New Zealand clash