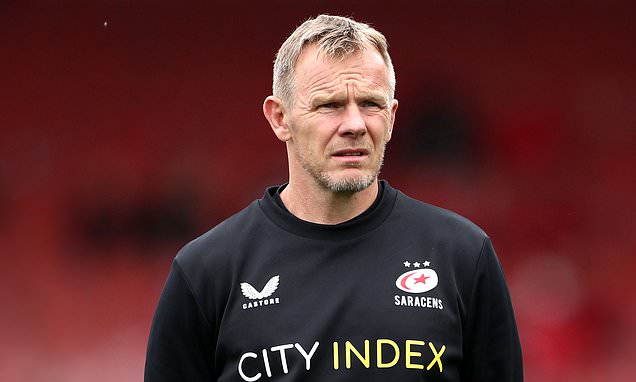 ‘It’s something we’ve been wanting and looking forward to’: Saracens boss Mark McCall delighted to be back in the Premiership play-offs after three-year absence amid salary cap scandal

Mark McCall admitted Saracens have waited two and a half years to feature at the business end of the Gallagher Premiership season as the countdown to Saturday’s play-offs begins.

Saracens accepted relegation to the Championship for breaches of salary cap rules in January 2020 before returning to the top flight for the start of this campaign.

They will host Harlequins in a mouth-watering semi-final this weekend with just two games now standing between them and being called champions of England once again. 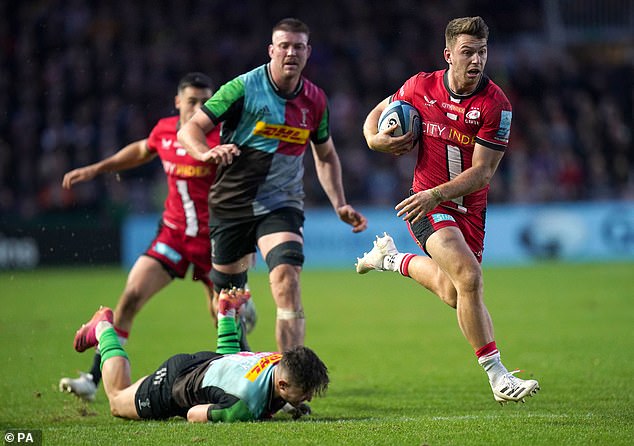 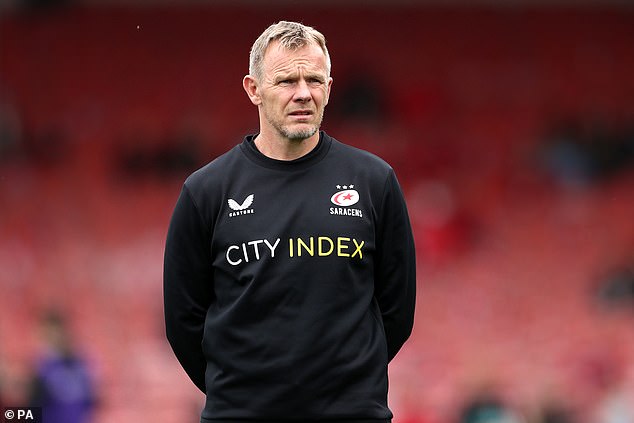 ‘Of course we’re looking forward to it. We’re playing against the reigning champions and they’re a high quality side,’ Saracens director of rugby McCall said of the Harlequins challenge. ‘They’re better now than they were 12 months ago.

‘They’re littered with high quality players, but it’s something we’ve been wanting and looking forward to if you look back two and a half years and see where we’ll be this weekend.’

Saracens rested their England stars for the trip to Gloucester this weekend with Harlequins in mind and their second string was hammered 54-7. But the side which takes on Harlequins will be totally different, with only wing Max Malins likely to retain his place. 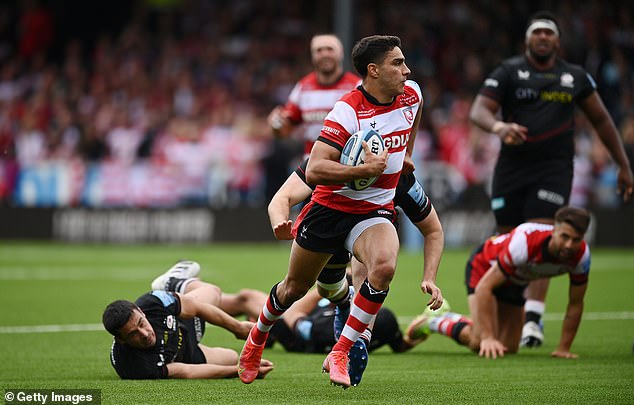 Harlequins warmed up for their visit to the StoneX Stadium with a 47-38 defeat at Exeter in which their first-choice stars all started.

Northampton’s demolition of Newcastle means they will travel to Leicester in the second of the semi-finals.

‘These are the games you dream of and watched when you were younger,’ said Northampton captain Lewis Ludlam, who scored the last of his team’s 10 tries in a 65-26 win. ‘We want to make our own story now so we’re excited by the challenge. 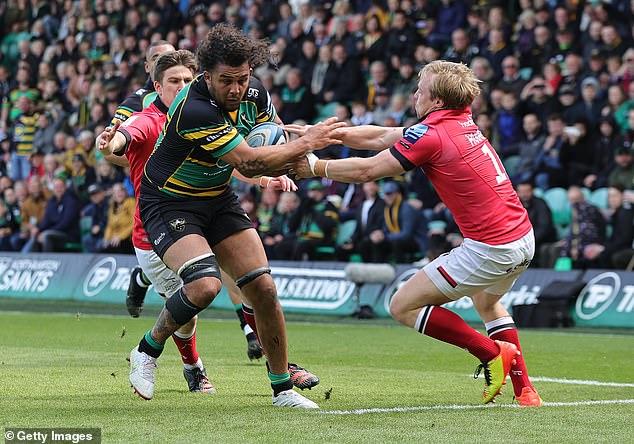 ‘Leicester are a fantastic side and there is a reason why they’ve been at the top of the table all season, but we’re focused on putting our game on the park.

‘We’re really good under pressure. They’ll be fired up. They’ve been fantastic all season, but we’re really looking forward to going down there as underdogs.’

Saracens and Leicester are the favourites to reach the final at Twickenham on June 18. But if one of the most competitive seasons in history has taught us anything, it is there is always plenty of room for an upset.

Harlequins and Northampton will hope that is the case.