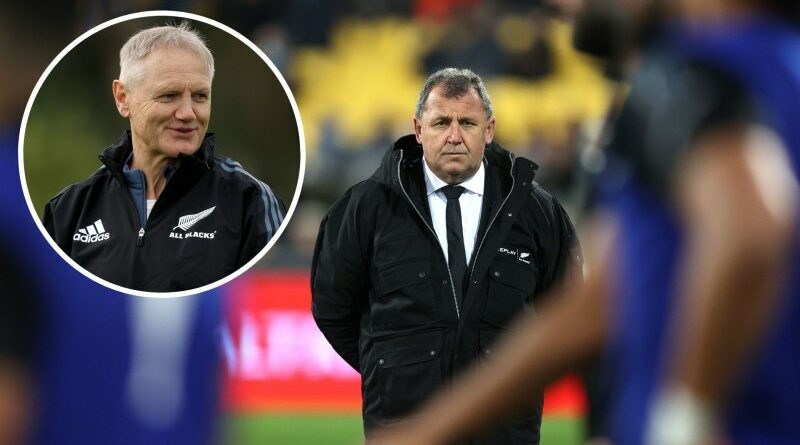 Scott Robertson’s right-hand man at the Crusaders, Jase Ryan, has been recruited to the All Blacks set-up, while Joe Schmidt’s influence has grown, in a major shake-up of the New Zealand coaching staff.

Head coach Ian Foster was spared the axe after the All Blacks’ historic series loss to Ireland this month, but New Zealand Rugby have sacked his two assistant coaches, John Plumtree and Brad Mooar.

It was announced on Sunday that Ryan, who has worked with Robertson at the Crusaders since 2017, would join the All Blacks as forwards coach. The pair presided over one of the most successful periods in the storied club’s history, winning six Super Rugby titles together.

Ryan will work with the side’s scrum coach, Greg Feek.

Foster will resume responsibility for attack, with help from former Ireland coach Joe Schmidt, who has also been appointed independent selector.

Schmidt stepped in to help the side when COVID-19 hit the squad and coaching staff at the start of the Ireland series. He will also fill an analysis role and advise on overall strategy. 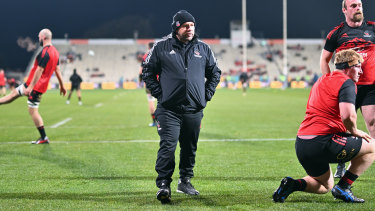 Jase Ryan has joined the All Blacks from the Crusaders after helping Scott Robertson take the team to six Super Rugby titles.Credit:Getty

The changes come on the eve of The Rugby Championship, which kick off with New Zealand touring South Africa for two Tests and Australia touring Argentina.

Foster has been under immense pressure to step down after the 2-1 series loss to Ireland, the first on New Zealand soil since France toured in 1994.

NZR held firm, retaining the experienced coach in the top job despite widespread public criticism and a push for Robertson – long the public’s choice – to take over.

Foster thanked Plumtree and Mooar for their service. 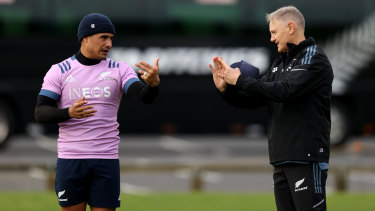 Joe Schmidt’s role in the All Blacks has been formalised and strengthened.Credit:Getty

“Right now, I am really feeling for two fine men who are great rugby coaches that made an enormous contribution to the All Blacks,” he said.

“I have no doubt both coaches will go on to great success and I want to thank them for their hard work.”

The Crusaders described Ryan’s departure as a “bittersweet” moment.

“He is an innovator, a leader in his field, and he has instilled a strong mentality in this team and organisation of ‘get better or get beaten’,” the club said in a statement.

Booted: Brad Mooar, right, has been sacked as All Blacks assistant coach, along with John Plumtree.Credit:Getty

“While it’s bittersweet for us, we want to take this moment to celebrate Jase’s success. We’re so proud of him and know that this is a massive opportunity to represent his country in a sport and role that he is so passionate about. We thank him for pouring his heart and soul into red and black and wish him all the best for his new role.”

Meanwhile, Tonga secured a spot at the 2023 World Cup with a 44-22 win over Hong Kong on the Sunshine Coast on Saturday.

Tonga, coached by Wallabies great Toutai Kefu, were down injured stars Malakai Fekitoa, Israel Folau and Charles Piutau, but will now play pool games against South Africa, Ireland, Scotland and Romania in the tournament in France next year.

Hong Kong have another chance to qualify later this year.

Watch every match of The Rugby Championship on the Home of Rugby, Stan Sport. All streaming ad-free, live and on demand.

Warren Gatland has gate named after him at Principality Stadium