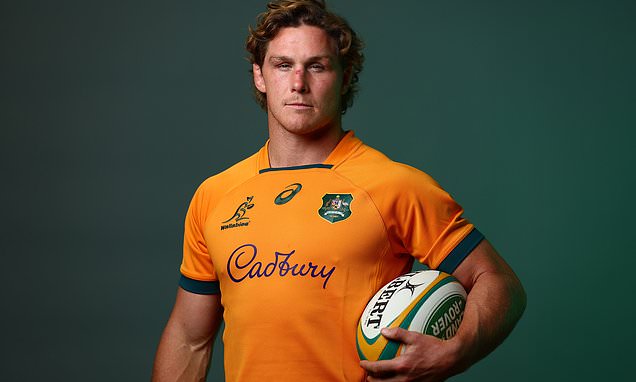 SHAUN EDWARDS: Michael Hooper is deadly…England must be on red alert and find a way to stop the Australian star if they are to emerge victorious from the Test series down under

There is one message I always give my players when we face Australia: stop Michael Hooper.

From five metres out from your try line, the flanker is one of the most dangerous players in the world. With his short physique and big strong legs, he is so good at scoring pick-and-go tries.

England will need to be on red alert when he is near the ball. We usually put a vest on a player in training to replicate him. You have to get low in the tackle.

What you don’t want is him charging at your pack close to your try line. You want to see your best forwards marking him. Guys like Courtney Lawes, Tom Curry and Sam Underhill.

If Hooper carries high then you can try to take him over your own try line to earn a goal-line dropout, but he rarely carries high. You just need to add five per cent of aggression to your tackle because the guy is an absolute warrior.

Australian teams are usually well-coached, with a lot of creative runners off nine and 10, but Hooper is as big a threat as anyone. We went on tour to Australia with France last summer and we tried to prevent his opportunities by competing at the breakdown. 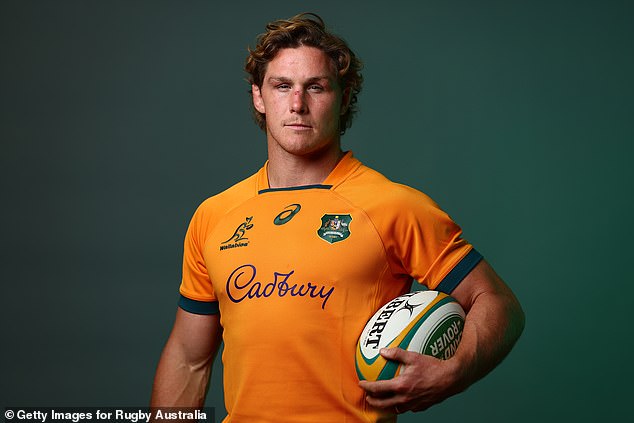 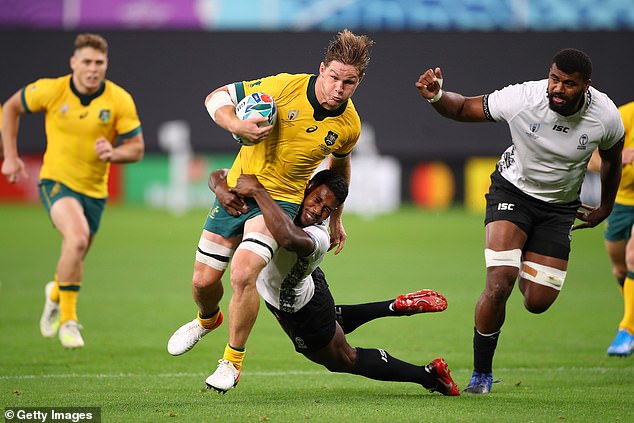 He scored twice in three Tests. You need to compete at the right time, only when the primary tackler has been able to quickly move out of the way.

One thing I noticed on that tour was how Australia have cut down on the number of risks they take. England have had a lot of joy in the past from interceptions, or suffocating the Wallabies when they consistently try to run the ball out of their own half.

Recently, they have become a lot more disciplined and seem to be waking up to the fact that defences are much better at international level. If you get a turnover in your own half, or have good numbers, then you should 100 per cent play. But when the defence is set and ready, it’s usually a better option to transfer the ball into the opposition half.

Care is a nightmare for opposition coach

England are clever in the way they attack from kicks. They usually attack off the second kick return because by then the defence is not set, so there is space to run. I would love to see Danny Care starting in the No 9 jersey because he is such a constant threat.

I’ve followed his career since he moved down from Leeds as a kid. It takes some guts to move down to London as a teenager. He’s won three Six Nations — 2011, 2016 and 2017 — and I’ve always been a big admirer of his. I would love to have coached Danny so it was a shame when he pulled out of the Barbarians a couple of weeks ago, but things have worked out for him. 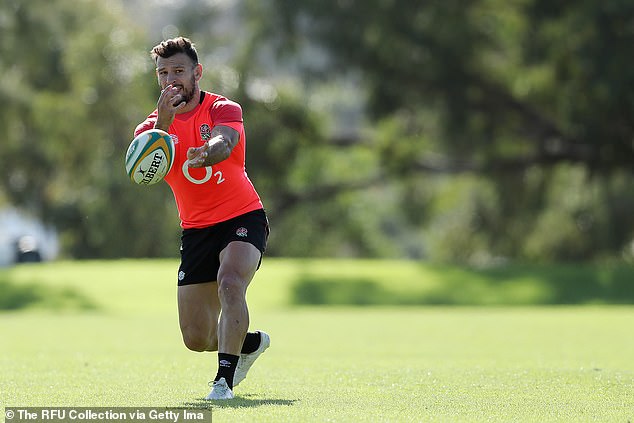 It’s great that somebody gets another chance at the age of 35. You want to pick the best player and for me, Danny would be in a British and Irish Lions matchday 23 with Jamison Gibson-Park right now.

He has been a nightmare to coach against over the years and that is the biggest compliment I could give him.

Everyone knows about his quick taps, support play and attacking kicks. All scrum-halves need an accurate box kick to get out of their own half, but Danny has so many different types of kicks. If you watch his show reel from the last few years playing for Harlequins, a lot of those kicks have led to tries. 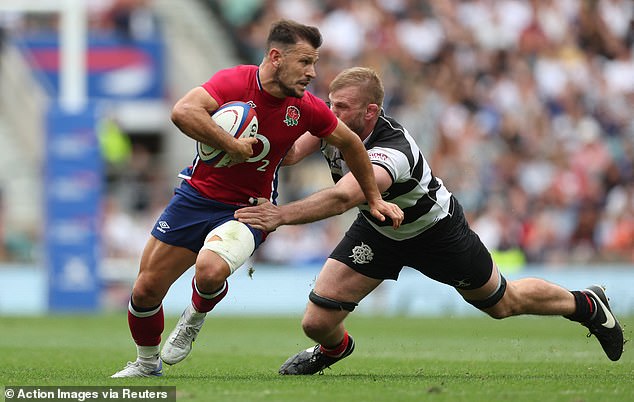 He’s the kind of player who doesn’t mind taking a risk. As a defensive coach, you try to envision what an opposition player will do against you and with Danny that’s difficult.

He’s played the game for so long now that he does not overthink things and makes decisions in a split second. You never know what he’s going to do next. That is hard to deal with. It’s box-office.

He’s an entertainer and it’s great to see him back in the England squad alongside Billy Vunipola. They are both proven winners for club and country.

Billy has the skills to play in the backs!

My appreciation of Vunipola goes back a long way. He was a couple of years above my son at Harrow School and I remember seeing him in a kids’ sevens tournament.

In sevens, the guy who scores has to kick the drop goal. I watched this big kid nail it from the touchline and then turn around laughing. His physical attributes were obvious but his incredible skillset stood out. 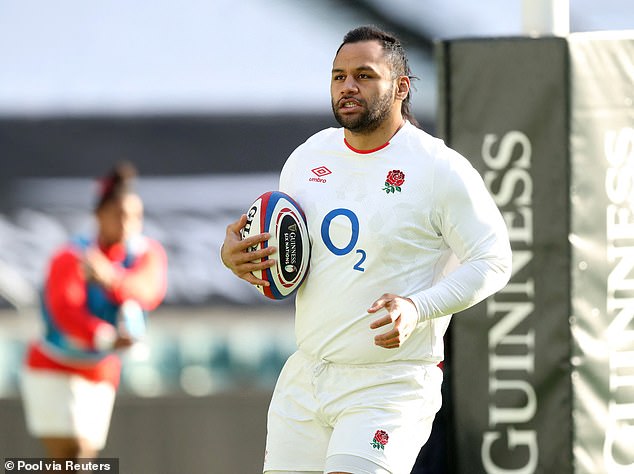 Not long after that, he signed for Wasps. It was obvious that he was going to be good and now he’s an England legend. His power game is right up there but it’s still that skill level that stands out for me. You could put him in the centres and he would have no problem with handling.

He has had injury problems but when you play as abrasively as he does, it’s rare to go through your career without that. There’s so much jackalling and big collisions. The time off, as well as the Saracens saga, maybe reminded him how much he loves rugby.

Unfortunately, I still have Covid so I’ve been stuck in my hotel room in Paris, while France are out in Japan. I’ve had plenty of time to analyse the Japanese team and there have been lots of Skype calls with the other coaches out there. 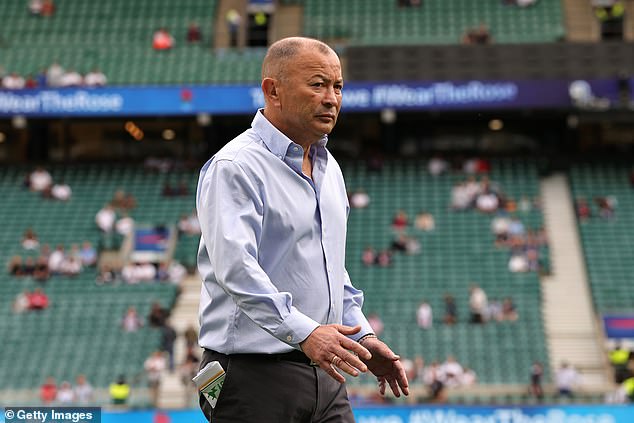 If I am still here over the weekend then I will watch my old team Wales take on South Africa in Pretoria.

It will be the ultimate challenge against the world champions at altitude. The South African clubs have been playing really well but if Wales play to the level they did against France during the Six Nations and front up to the huge scrummaging challenge then they have a chance.

It will also be great to see George North getting the ball in his hands after his long spell on the sidelines.

What do England, Leicester and France have in common? A real muddle

‘As much pressure as possible’: Wales aiming to make it a day to forget for Foley