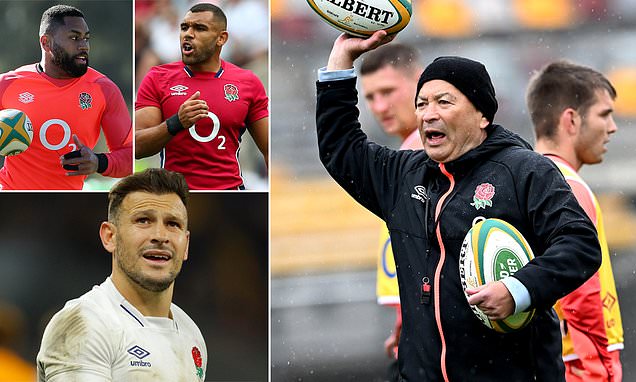 SIR CLIVE WOODWARD: Eddie Jones has picked another team with his fingers crossed. England’s selection is all over the place… it’s RIDICULOUS to be looking to the World Cup already and not the next game

Eddie Jones has picked another England team with all his fingers crossed.

After he named his side for the second Test with Australia in Brisbane on Saturday, Jones said: ‘This game is the perfect practice for the World Cup.’

Ridiculous. What does Eddie mean by that?

England are not on a development tour. You talk about the World Cup when it comes around. By constantly looking to the future and not your next game, it sets completely the wrong tone. 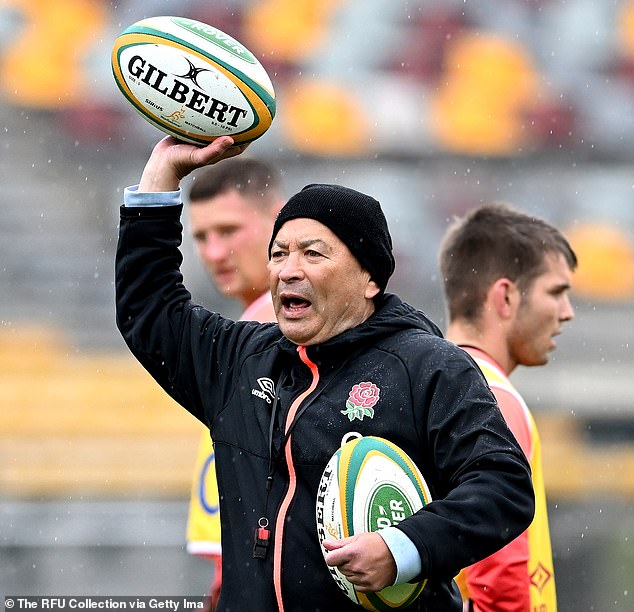 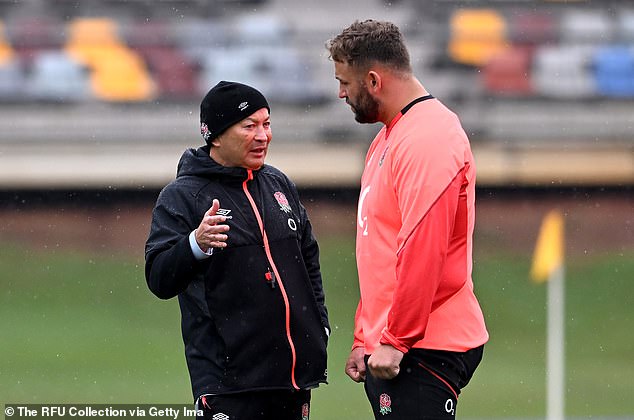 A three-match tour of Australia is as big as it gets. The same goes for Six Nations campaigns and, frankly, any time you run out for England. I don’t believe you can turn up at the World Cup and say, ‘Right, this is it’.

You learn to play under pressure and pull the best performances from your players by treating every opportunity as a World Cup final. That is how you grow and understand what your players can really do.

But no, Australia against England is now a dress rehearsal. That message seeps down to the players. It should be about today and not the future.

It’s not just England, other countries are at it, too. This is not what champion teams do. It’s a way for coaches to keep their jobs on four-year cycles, but constant talk of development and looking at the long-term picture has meant this England team have lost their edge both mentally and physically.

They need to toughen up — and quickly. 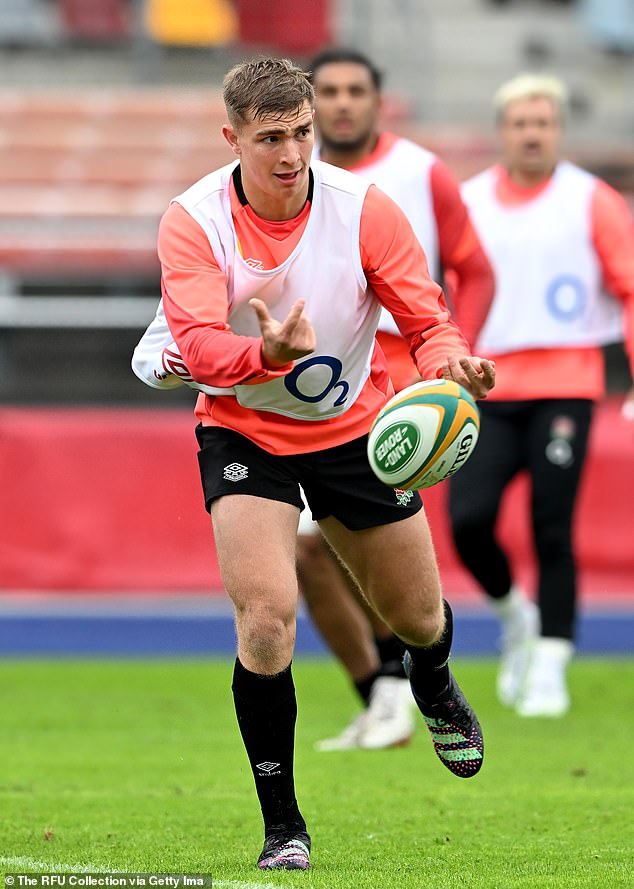 England got smashed by South Africa in the last World Cup final and since then we’ve had three years of nothing with this team because the focus has not been on winning the next game.

At the start of the week I urged Jones to go for broke with his selection for the second Test. He has done that with the choices of Jack van Poortvliet, Guy Porter and Tommy Freeman, but then watered everything down with one word — ‘practice’.

It will be tough to beat Australia in Brisbane but this is no vintage Wallabies team. This England side has the ability to win this weekend. The problem is we have yet another selection where Jones and everyone else with a passion for English rugby is just praying it goes well.

This is not an England team who will strike fear into the best sides in the world. On the face of it, there doesn’t appear to be any structure or method to the selection. One moment the back-line is about Joe Marchant and Joe Cokanasiga. The next, they’re nowhere to be seen and dropped for Porter and Freeman. 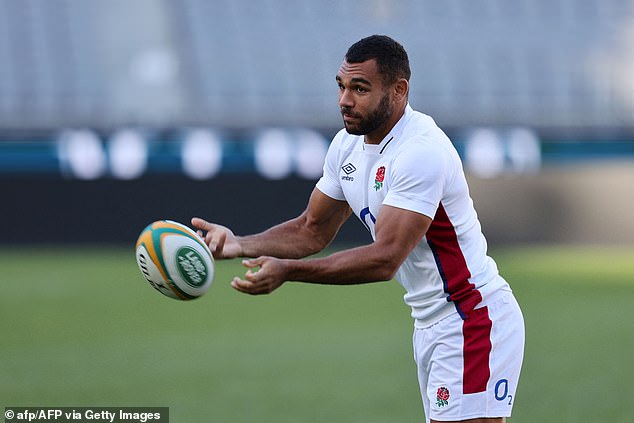 The way the team is selected is all over the place. I wonder what the players are making of the selection merry-go-round. Jones has more than 30 players in Australia and this will not be a happy group.

What is Danny Care thinking? He had four years in the wilderness, started the defeat in Perth, and has now been dropped.

He didn’t have the worst game — or the best — last weekend and I was keen on Van Poortvliet starting anyway, but the scrum-half conveyor belt sums up the team’s inconsistency. Harry Randall was picked ahead of Ben Youngs in the Six Nations and was vice-captain against the Barbarians. Now he’s kicking his heels and holding tackle bags, he must be wondering what on earth is going on.

The England back-line for Brisbane includes Van Poortvliet, Freeman and Freddie Steward, who are all 21. Then there is Marcus Smith, who is still only 23, and the 25-year-old Porter. These are young, exciting players but age is totally irrelevant. 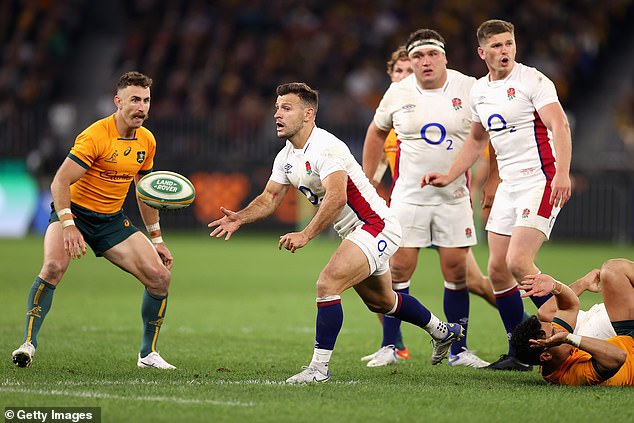 If they are the best players for the job they should be picked, although I would have started Henry Arundell. He is again on the bench despite his wonderful try in the first Test.

Talking of the bench — I think going with a six-two split is a big risk and one I don’t think you need to take. Care can only play one position, which leaves Arundell covering the rest of the back-line. England are only a couple of injuries away from being really stuck there.

Sam Underhill replacing Tom Curry is the only change in the forwards, but I’d like to have seen Jack Willis given a go. We have to get some pace into the back row and do a job on Michael Hooper.

The Australia captain was everywhere in the first Test and is such a nuisance at the breakdown. England need to stop him getting over the ball otherwise it could be another defeat and a series loss. 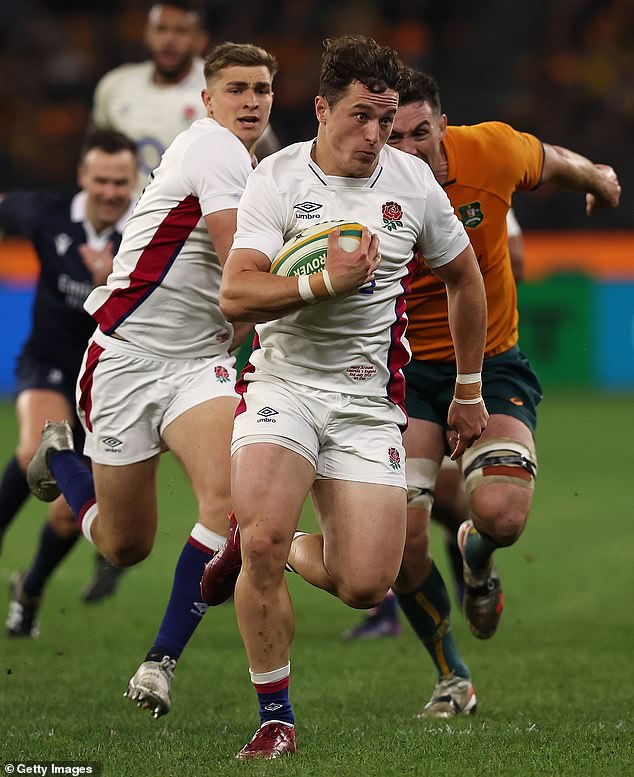 Australia will not be scared by this England team, especially after beating them with 14 men in the first game. In fact, no team in the world would look at Jones’s men right now and be intimidated. That is a big concern.

I said before England left for Australia this tour would be about finding out whether Smith and Owen Farrell can play together. I still have my doubts and maintain it should be a case of either/or, but we also have to give that pairing time to see if it can work.

It didn’t in the first Test. Let’s hope there is an improvement on Saturday. Farrell’s presence is also very important because there is so much inexperience elsewhere in the back division. At 30 and with 95 England caps, he needs to take control of the rookies around him and should be the captain.

Australia have also been forced into changes with yet more injuries and a suspension. But they have prop Taniela Tupou back which is a big boost for them. Tupou is some player and will give England plenty to think about up front. England are 1-0 down and up against it. 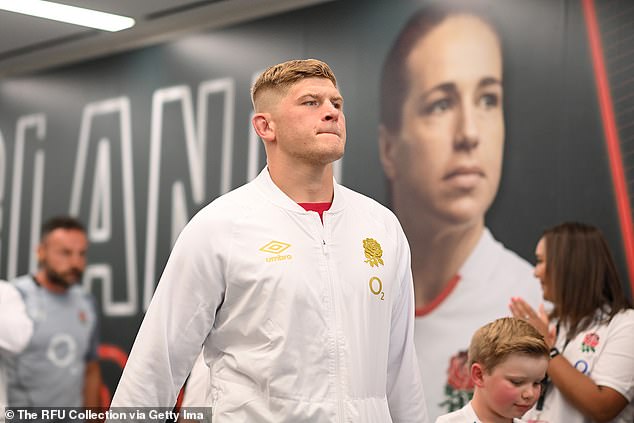 In many ways, they are lucky to be in Australia this summer and not South Africa or New Zealand. If they were facing the Springboks or All Blacks, it could be a lot worse than it already is.

Australia can pick quality players, but they are not world beaters. Not yet, anyway. Even so, they were still too good for England last week despite seeing Darcy Swain sent off in the first half. They have the momentum while England are swimming around for answers.

Jones’s selection might work, but once again we are crossing everything in the hope it does.

English rugby should be much better than that.