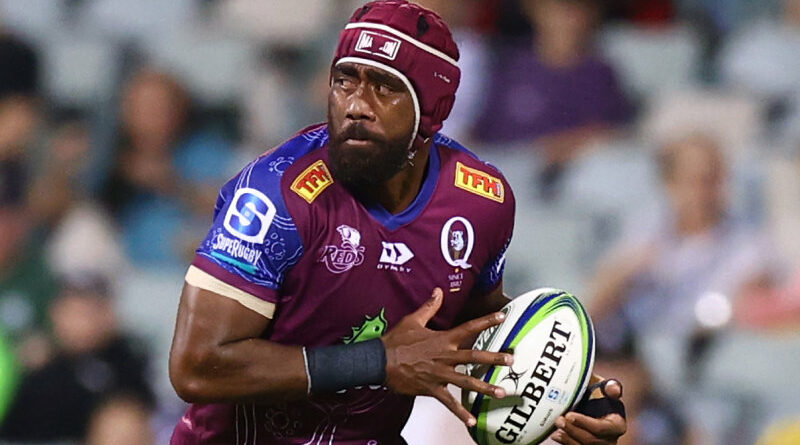 Grand finals are where big game players are made.

In Saturday’s Super Rugby AU blockbuster at Suncorp Stadium between the Queensland Reds and Brumbies, the microscope will be on the likes of James O’Connor, Jordan Petaia, Nic White and Allan Alaalatoa. 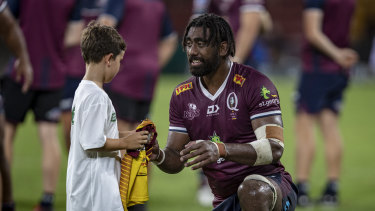 Seru Uru has been in excellent form for the Queensland Reds. Credit:Brendan Hertel/QRU

But those stars won’t be able to find time to shine without unsung heroes like Reds forward Serupepeli Uru, arguably one of the finds of the competition this year.

Reds coach Brad Thorn said Uru’s quiet work epitomises why this Queensland side is having a season to remember.

Four years ago, Uru was ready to begin a three-month course to become a prison officer in Fiji.

He’d applied to travel to Australia on the off chance of a professional rugby career, but his parents told him he’d be better staying in Lautoka and making money.

“I told myself, ‘nah, I’m not going to go. I want to play for Australia’,” Uru, who played three years of Fijian under-20s, told the Herald. “I ended up not going. A few days later my visa got approved and I came to Australia.”

In March, the softly spoken Fijian was picked to attend a Wallabies camp in Coogee after just five appearances and 279 minutes for the Reds as a busy second-rower and No.8.

Uru wants to convince Wallabies coach Dave Rennie to give him a gold jersey but for now, silverware with his adopted state is the primary objective. He has been named on the bench for Saturday’s decider.

Uru lives with Reds teammate Filipo Daugunu, who debuted for the Wallabies last year and was a police officer in Fiji before he too took a punt on the Australian dream. 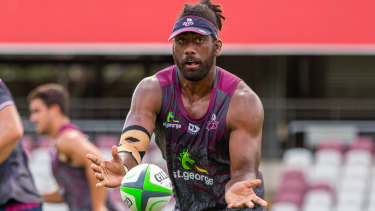 “Seeing a few Fijians running around in a Wallabies jersey, I wanted to be one too, representing this lovely country,” Uru said.

“When I got the message [I had made a Wallabies squad] I sent it to my family. They were really happy for what I achieved. They couldn’t believe it.”

Uru arrived in Melbourne in 2017 and had a short training stint with the Rebels but cut his teeth in club rugby for Box Hill. He then moved to Queensland, where he excelled in club footy for Easts before making a name for himself in the 2019 National Rugby Championship for Brisbane City.

He picked up a Reds contract at the end of 2019, played two games at the beginning of last season, but fell out of favour during the newly formed Super Rugby AU competition that kicked off in July last year.

While others thrived during COVID-19 lockdown, Uru struggled, unsure if he was cut out for the rigours of professional sport.

“I felt down,” Uru said. “I came to one point and I was like, ‘keep on fighting, be in the game and keep pushing’. I was hoping to get more game time.”

In February, that chance came.

In a trial match against the Waratahs in the rural NSW town of Narrabri, Uru had a blinder. He beat defenders, carried with purpose and was outstanding at lineout time. 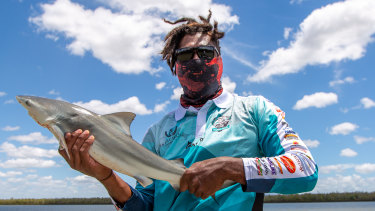 Seru Uru in Rockhampton earlier this year on the Reds to Regions tour. Credit:Tom Mitchell/QRU

A week later, with Liam Wright and Lukhan Salakaia-Loto out injured, Uru started in the Reds second row against NSW and had a first XV debut to remember, making a number of crucial lineout steals.

After favourable performances, former Wallaby Morgan Turinui put Uru at the top of his list of bolters who deserved recognition at the next level.

In front of more than 40,000 fans at Suncorp Stadium this weekend, Uru will cast his mind back to the streets of Fiji where he dreamed of being on the big stage.

“In the village in Fiji I had a cousin who lived next door and I’d play one-on-one rugby with him,” Uru said. “We try and be all the big names; Waisale Serevi, Joe Rokocoko and Rupeni Caucaunibuca.

“Thinking back to all the choices I’ve made, I know it was hard and tough, but things are paying off.

The Reds and Brumbies have made a number of surprise selections for this weekend’s grand final, with a handful of key stars ruled out through injury.

James O’Connor will captain the Reds in their first Super Rugby final since 2011, with regular skipper Liam Wright coming off the bench.

O’Connor filled in when Wright was injured during the year but will take the reins once again after the Reds lost to the Western Force a fortnight ago with Wright in charge.

Reds winger Suliasi Vunivalu was touch and go to return from a hamstring injury but Queensland officials have erred on the side of caution and left him out of the matchday 23.

With Super Rugby Trans-Tasman on the horizon and Wallabies Tests later in the year, the Reds didn’t want to rush the former NRL star back.

19-year-old Josh Flook replaces the injured Hunter Paisami at No.13, while Jock Campbell will start on the wing in place of Wallabies representative Filipo Daugunu.

Meanwhile, the Brumbies will be without injured stars James Slipper and Pete Samu.

Rob Valetini shifts to the back of the scrum to replace Samu, with Nick Frost wearing the No.6 jersey.

Scott Sio will start at loose-head prop, while coach Dan McKellar has named Lachlan Lonergan ahead of Folau Fainga’a at hooker.

“If you can’t get motivated for Saturday night you’re in the wrong game,” McKellar said. “We know Queensland are the favourites and deservedly so. We’ve just got to get our game right and go up there to enjoy what’s a really special occasion.”

Thomond 'cauldron' will be litmus test for this Leinster team – Tracy