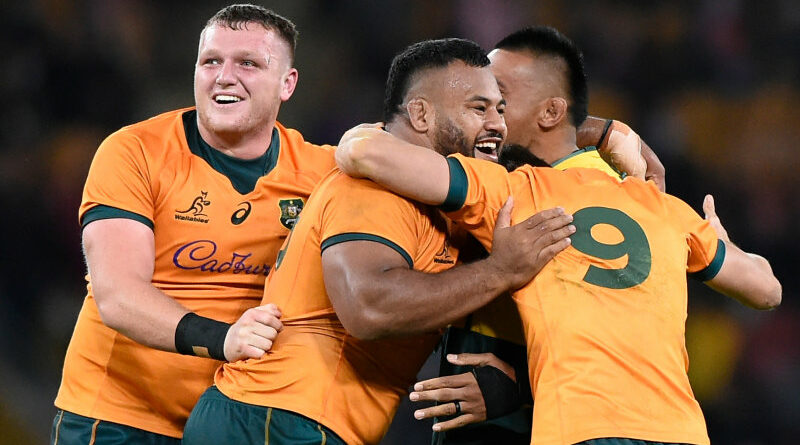 I’m a little surprised by the tone surrounding Australia’s 23-21 win over France on Wednesday.

Sure, Australia weren’t as cohesive as they would have liked to be, notably in the 9-10-12-13 channel where I think a certain player is out of position, but not for the first time in this column, I will remind everyone why beating France is no easy feat. 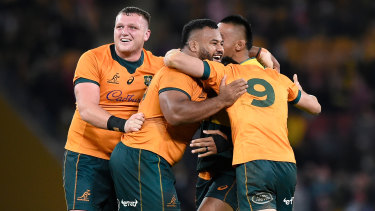 The Wallabies snatched victory after the final siren at Suncorp Stadium.Credit:Getty

While a lot of the guys in France XV who ran out at Suncorp Stadium won’t be household names here, they are back home.

It’s easy to write off France as not being a threat but the cold hard facts tell a different story.

Imagine if Australia had 30 professional rugby teams to pluck players from – more than one per player for a match day squad of 23.

There has been a calculated push to improve the quality of France’s depth, which was evident when they nearly beat England in the Six Nations with a second-string side.

When I was there from 2007 to 2013, I always felt there was so much wasted talent, but they are clearly managing that better now.

I think the Wallabies will be better for Wednesday night’s hit-out. They’ll throw everything into this game and France are disadvantaged being away from home.

Yes, they’re out of quarantine, but they may have been suffering a hangover effect being so far from home.

Then again, if any team in the world is able to turn things around and produce a performance that is completely at odds with their preparation and form, it is France.

In regards to Wallabies No.10 Noah Lolesio, the first Test was a really tough game to be a playmaker because Australia struggled to get consistent go-forward. France were very good at slowing down the ball. Most of the time it was legitimate but as we know, all teams profit at times from pushing the limits.

My message to Lolesio would be to keep playing your game and vary your kicks. The judicious use of attacking kicks will be important for the Wallabies, particularly in behind the line to stop France rushing up quickly.

At the same time, you don’t want to kick away too much ball.

Australia need to be more accurate with their cleanouts because giving Lolesio static ball is such a waste for a young playmaker.

Selection-wise, the Wallabies will be tempted to pick their best XV, despite the short six-day turnaround, and wrap up the series before going back to Brisbane.

I’d like to see this too because the 9-10-12-13 combination of Jake Gordon, Lolesio, Matt To’omua and Hunter Paisami really needs time to gel. You can’t expect them to be firing in the heat of battle straight away.

I still think Paisami’s better position is at No.12. I’ve heard reports Wallabies coaches had to do some work with him at training to get more vocal, so perhaps that’s being perceived as a hindrance at inside-centre. Maybe they want a communicator there at No.12, which To’omua is.

Meanwhile, I don’t think the French midfield is particularly threatening. They are big and physical but not really manipulators of space.

There will, however, be a fascinating selection debate when James O’Connor returns to full fitness and is available for the No.10 jersey.

If Australia plays well they’ll win and I’m tipping them to get the job done.

The last Test in Melbourne against France was a dour 6-0 result in favour of Australia. Let’s hope it’s a lively spectacle too with State of Origin the following evening, in order to keep the non-traditional rugby viewer glued to the box.

Andrew Mehrtens is a New Zealand rugby legend who scored 967 points for the All Blacks in 70 Tests. He is part of Nine and Stan Sport’s commentary team.