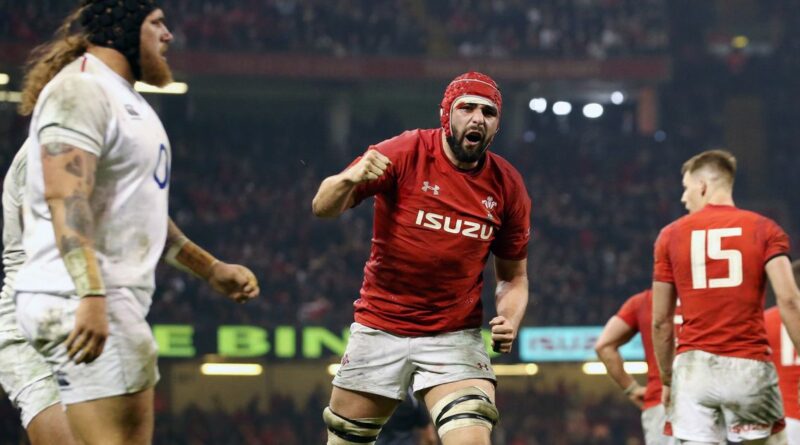 A woman has told how she and her children feared "somebody was coming to kill us" after three men attacked her home, one of whom was Wales international Cory Hill.

Sara—who has chosen not to disclose her real identity—said the "floor was shaking" under her feet when a group including Hill damaged her home in Rhondda Cynon Taf in May.

A representative for the Test-level lock said he had made 'a full and remorseful apology through Cardiff Rugby and the police' after the three men had targeted "the wrong property."

BBC Wales reported Hill was 'under the influence of alcohol' at the time of the attack, which left Sara and her children fearing for their lives.

"What I could hear was glass smashing against the upstairs windows and this most horrific banging sound at the front door," she said.

"The floor was shaking under my feet, I could feel the vibrations.

"It sounded to me, at the time, as if there was a sledge-hammer being taken to my front door. At the same time there was the sound of broken glass coming from the top floor windows, so it was really disorientating."

Sara ordered her eldest child to hide with her baby in the bedroom after being led to believe "something really horrific was going to happen," with the incident said to have lasted for around 15 minutes.

She added her youngest child was distraught while the older sibling asked: "Mammy, are there people trying to get us?"

Do you think Wales will retain their Six Nations title in 2022? Let us know in the comments section.

It's believed Hill—who has 32 caps for Wales and was part of the 2021 Six Nations -winning squad—was not responsible for throwing any of the glass bottles smashed outside the property.

A Cardiff Rugby spokesperson said earlier this year: "While clearly under the influence of alcohol – we have warned Cory around his future conduct and liaised with the WRU, who are aware of the incident, and he would like to unreservedly apologise to you."

South Wales Police are currently investigating the incident. However, Sara said the force made her feel like an inconvenience, suggesting some officers changed their attitudes after learning Hill was among those involved.

"That was when everything changed in terms of their response," she detailed.

"The police made it very clear to me that attempting to take this to court, attempting to formally arrest these men, was a waste of time.

"I was having the sense that it would be an inconvenience and ostensibly that nothing would happen."

Sara said she was given £100 by one of the men—which was observed by a police officer—who also made an effort to clean up part of the mess.

Two of the men involved apologised directly to the homeowner, although Sara said she was yet to receive a direct apology from Hill.

BBC Wales reported emails indicate the Welsh Rugby Union (WRU) and Cardiff Rugby—Hill's club at the time—were each aware of the incident in early June.

Hill was due to travel with Wales' summer Test squad but was pulled from the tour on short notice, and it was confirmed in June that he would join Japanese club Yokohama Cannon Eagles.

Sara accepted the actions undertaken by officers on the night in question, but she has made a complaint to the South Wales Police professional standards department and now believes the situation should have been handled differently.

"I feel like they minimised and mollified what had happened to us to such an extent that they treated this as if these grown men were a group of 15-year-olds, who had walked home from youth club one night and pushed my bin over in the street," Sara added.

She said her youngest child screams after hearing the sound of the door knocking, expressing concern that Hill is able to continue a "lucrative career in another country."

"The impact this has had on me physically and mentally has been quite significant," she continued.

South Wales Police said it was aware of Sara's complaint and would "work with her to address concerns and provide further context around officer actions and the restorative approach taken."