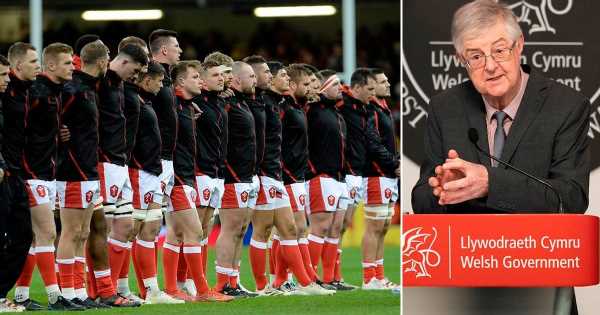 Wales has enforced the toughest crowd measures of any country competing in the Six Nations, with few signs of restrictions being lifted as the Omicron variant continues to spread.

Drakeford, 67, said on Friday that there are currently 994 people in Welsh hospitals battling Covid-19, a 43 per cent increase on the previous week and the highest tally of its kind since March 2021.

It's made for a frustrating contrast considering neighbours England are permitted full-capacity crowds at sporting events, raising the possibility that Wales' home games could be relocated across the Severn.

Welsh authorities have come under increasing pressure to ease Covid-19 measures ahead of the Six Nations—which begins on February 5—but Drakeford insisted restrictions will remain in place for the time being.

"We have to see the tide turn on the Omicron wave," he said during a Welsh government briefing. "We have to manage our way through the very difficult weeks that follow while numbers are still rising.

"If the model is accurate, we see the numbers coming down – reasonably rapidly as they have risen – then we will be in a position to see whether it is safe to see greater social mixing.

"The issue under the microscope is whether we can do that [allow fans into stadiums] safely, whether the number of people falling ill with the virus is so high that adding further to that risk would be a responsible thing to do.

"We won't know that – I know it's really difficult when you're organising a major event – for a couple of weeks."

Who do you think will win the 2022 Six Nations? Let us know in the comments section.

The ongoing uncertainty over where fixtures will be played is a major concern with less than a month to go until the tournament kicks off, not least for fans hoping to attend matches.

On one hand, there's a serious need to remain vigilant as we approach the two-year anniversary of the pandemic being declared, while organisations like the WRU seek to remain financially viable.

In England, supporters can attend games provided they can prove they're fully vaccinated or have returned a negative test in the last 48 hours, but the risk of viral spread is greater in and around packed stadia.

"We have put proportionate measures in place to help keep Wales open and keep Wales safe as we navigate our way through this Omicron wave," Drakeford continued.

"But we need everyone's help to do this. Over the next two weeks it will be more important than ever to keep on doing all those things which have helped to protect us all throughout the pandemic."

Wales' Health Minister, Eluned Morgan, recently told the BBC the government would be "disappointed" if the WRU decided to move fixtures to England, suggesting it would make financial support less likely.

Gloucester star Louis Rees-Zammit received a taste playing in front of Test crowds when full attendances were permitted at Cardiff's Principality Stadium during the autumn internationals.

Rather than see their fixtures played behind closed doors, he and Wales team-mate Josh Adams—who joined Cardiff from Worcester Warriors in 2019—would rather see home games relocated across the Severn.

Drakeford took a more sympathetic approach to the matter and told BBC Sport Wales he understood the organisation's need to explore alternative means of securing revenue.

"I think that is perfectly legitimate for them as a multi-million pound organisation that has to think about its business as well as its sporting interests," he explained.

It was estimated the WRU lost out on around £14million after they were forced to face Ireland and England behind closed doors during the 2021 Six Nations.

After seeing net debt rise to £114.4m in their most recent financial report published in September , Welsh rugby's governing body is under pressure to preserve its cash flow, raising dilemmas of doing so during a pandemic. 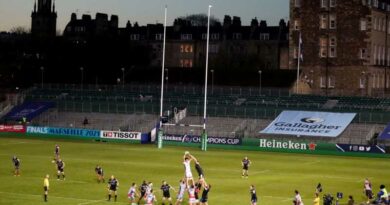 Rugby World Cup final: Who makes your combined England XV from 2003 and 2019 teams? 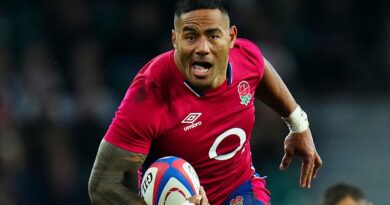