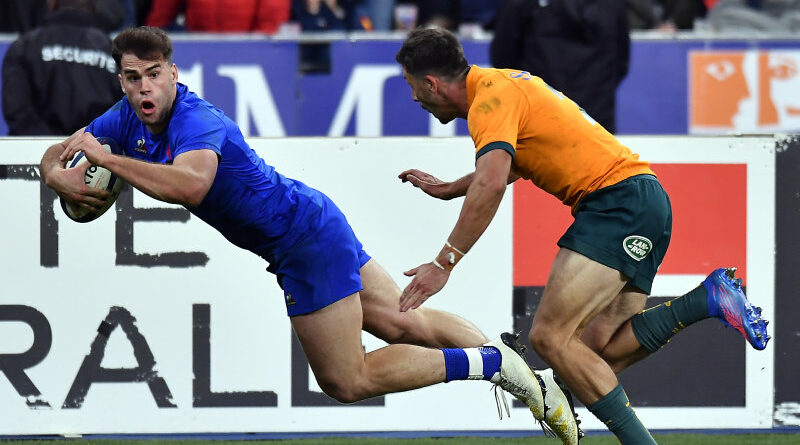 Paris: The Wallabies almost pulled off the most significant win of Dave Rennie’s tenure but will leave Paris feeling like they let one get away as France sneaked home for an energy-sapping 30-29 victory.

Leading 13-6 after 32 minutes, the Wallabies flipped the expected script to stun France, hot off a 10-game winning streak.

When replacement Reece Hodge slotted a 75th minute penalty, Australia led by 29-25 in the dying moments of an attritional arm wrestle at Stade de France.

However, a missed tackle from Wallabies fullback Jock Campbell on Damian Penaud down the right wing proved to be the decisive blow as the French winger crossed for a 77th minute match-winning five-pointer in front of a vociferous home crowd.

Australia had a late chance for victory but a crooked lineout throw from Folau Fainga’a and a breakdown penalty cruelled their hopes of a major upset on their second game of a five-Test spring tour.

Against the best team in the world, according to Rennie, the Wallabies finally produced the kind of resolve his coach has wanted to see all year. 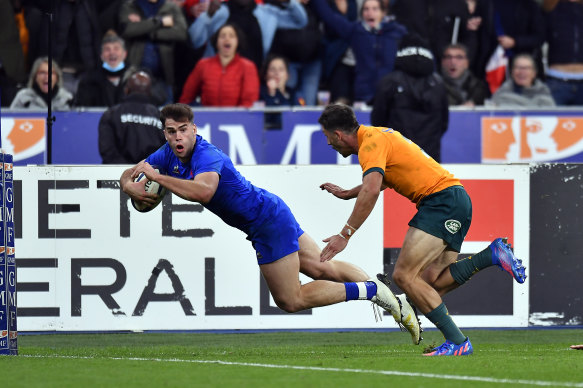 Damian Penaud’s try down the right wing proved to be the decisive blow.Credit:Getty Images

Skipper James Slipper knocked out a dogged 78-minute shift, winger Tom Wright had perhaps his best game for his country, while second-gamer Campbell scored a maiden Test try in a coming-of-age game despite his late error.

Of course, the result will sting, but it is worth remembering the Wallabies were without Marika Koroibete, Samu Kerevi, Rory Arnold, Quade Cooper, Angus Bell and other figures who will play key roles at next year’s World Cup.

Regardless, the Wallabies will be at Stade de France on September 9 next year, with the stadium in Saint-Denis set to be a sea of gold for Australia’s opening pool match against Georgia.

The big question is whether they’ll be in Paris on October 28, at a World Cup final.

On the evidence of Saturday’s performance, it’d be a bold call to write the Wallabies off completely.

They showed the rugby world on Saturday they are no easybeats.

All eyes were on Will Skelton as he entered the game in the 54th minute and he had an immediate impact.

After a nice carry, Skelton gave a clever inside pass to Taniela Tupou that gave Australia front-foot ball. Next phase, Campbell dived over for his first Test try after a floating left-to-right pass from Bernard Foley.

The No.10’s sideline conversion put the men in gold ahead 23-22 with 23 minutes remaining.

Another penalty made it 26-22 before France pinched the lead with three minutes remaining to make it 11 straight Test wins and break Wallabies hearts.

The play of the day though was a spectacular Wallabies try from Lalakai Foketi in the 18th minute that began on Australia’s five-metre line.

As the Wallabies shifted the ball left, Wright put the burners on to make a break around France’s line before Campbell gave off the final pass of a magnificent piece of running rugby to Foketi, who did just enough to sprint 40 metres for a try that’ll live long in the memory.

It was a profitable start for the Wallabies as Nic White set the tone with a sneaky hit on Antoine Dupont at the base of a ruck that turned over possession.

Australia won a confidence-building scrum penalty early through new starter Tupou before Foley banked three early points in a wake-up call for the home side.

With scores at 6-6, France had a five-pointer disallowed before Australia’s sensational team try gave them a seven-point advantage that few could have forecast.

Australia were forced to reshuffle their backline as Foketi came from the field in the 25th minute with a shin injury, moments after Foley missed a penalty chance that would have put Australia up 16-6.

Instead, with Hunter Paisami on the field in Foketi’s absence, France took a 19-13 lead into half-time, courtesy of a couple of penalties and a try against the run of play just like in Australia’s match last week against Scotland.

An errant Foley pass went to ground and France swooped, kicking through and finishing off the try close to the line through Julien Marchand right before the break.

It was a painful blow given the excellent first half of hard work.

France’s forwards were deadly at the breakdown and put Australia under immense pressure at every ruck with ball in hand.

Just as Australia looked like getting their first entry into France’s 22-metre zone in the 52nd minute, Folau Fainga’a’s first lineout throw missed the mark. His poor throw at the death was the killer blow and a reminder that set-piece perfection is needed in these parts of the world.

In a strange way, this loss is more significant for the Wallabies than last week’s 16-15 victory over Scotland. So close, yet so far. 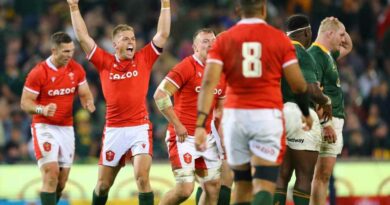