Chris Harris, Conor Murray and Mako Vunipola have been drafted into the Lions XV for the second Test against South Africa.

Warren Gatland has made three changes to his starting line-up that beat the Springboks last weekend, with Elliot Daly, Ali Price and Rory Sutherland dropped to the bench.

The tourists can seal the series in Cape Town on Saturday and Gatland has warned his players to get ready for a physical backlash. 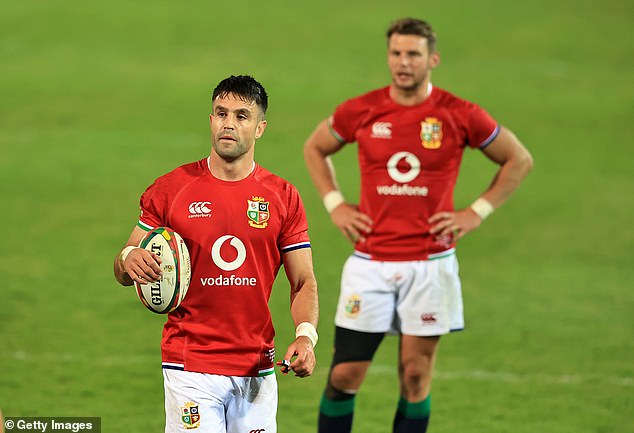 ‘As always, selection was incredibly tough,’ said Gatland. ‘However, we’ve made the changes we think are the right calls for the weekend’s game.

‘It’ll be another tight contest. We know the Springboks will be hurting and they’ll throw everything at us on Saturday, but I think there’s plenty more to come from us too. We feel we can go up another level from where we were in the first Test and I would expect us to improve.

‘It’s the biggest game on the Tour and we have to embrace the expectation that comes with it. As players and coaches, these are the games you want to be involved in. We’re relishing the opportunity to face the Springboks again on Saturday and potentially seal a Series win.’

Harris, who was playing for Northumbria University 3rd XV a few years ago, will partner Robbie Henshaw in midfield.

Murray will form a half-back combination with Dan Biggar, subject to the No 10 completing the return-to-play protocols before the weekend. 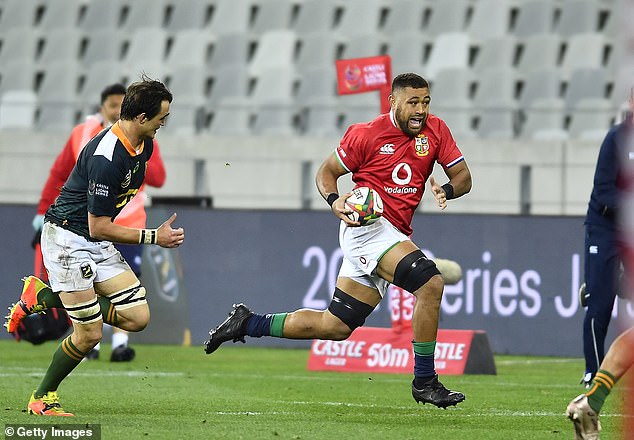 The back-three remains untouched, with Stuart Hogg continuing at full-back, in between wingers Anthony Watson and Duhan van der Merwe.

In the pack, Vunipola starts to shore up the front-row alongside Luke Cowan-Dickie and Tadhg Furlong.

Alun Wyn Jones will win his 11th successive Lions Test cap alongside Maro Itoje in the second row, with Courtney Lawes, Tom Curry and Jack Conan combining in the back-row.

On the bench, Toby Faletau has replaced Hamish Watson, while Liam Williams has been left out of the matchday 23.