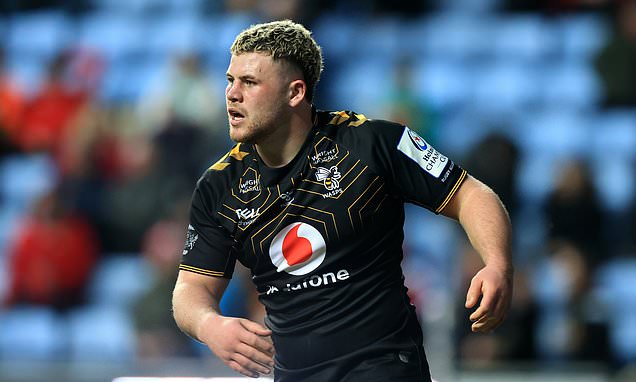 Wasps are desperate to keep their brightest young spark, Alfie Barbeary, shining as he returns from injury fired up for the festive season.

Barbeary burst onto the scene scoring a hat-trick on his first Premiership start against Leicester in 2020, but then injured his ankle soon after.

He has since struggled with hamstring trouble which has meant he has only played eight league games in the past season-and-a-half. 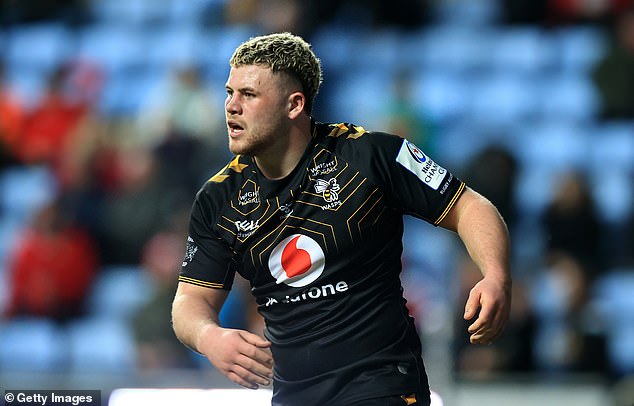 And that period out of the game has been hell for the 21-year-old, now back fit and ready for London Irish on Boxing Day.

‘I’ve never been too keen sat watching in the crowd so you can imagine how much these last eight months have killed me,’ said Barbeary who can play hooker but has decided, after a chat with England head coach Eddie Jones, to permanently play back-row, competing now in a crowded market.

‘You look at the back-row in England and there are so many talents and it does make you wonder but I know I play my best rugby if I’m in the position I want to play in.

‘I could go alright at hooker but I might not enjoy it as much and that might show in my game play so I thought, “I’ve got to do this for me”, and if things happen, things happen. 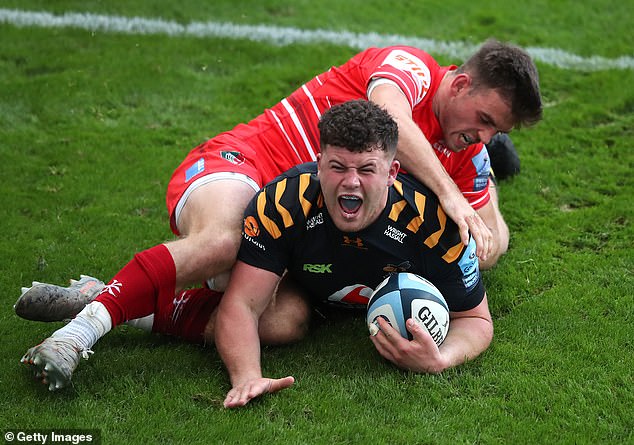 ‘I’ve got lots of enjoyment out of my ball carrying and trying to beat defenders. At hooker it’s a lot hard to get on the ball.

‘I was enjoying it a lot more (in the back-row), there was more freedom, so I decided to go ahead and stay there.’

Barbeary’s boss, Lee Blackett, has seen his player mature hugely over a frustrating year, and is sure he can now cope with the pressure of being tipped as a future star. 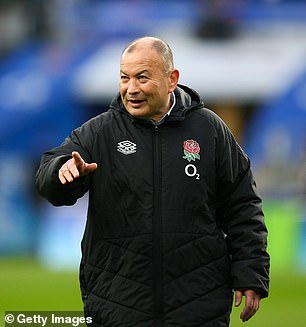 ‘I try to play him down quite a bit as all you’re doing is adding expectations, his family and friends expect him to be an England international, and a Lion,’ said Blackett.

‘It’s a lot on someone’s shoulders that – before he’s even done anything or played a Premiership game people are talking about which Lions series he’s going on.

‘That’s hard to live up to, considering we don’t know if he’s Premiership standard yet. He’s come through it well. He was someone who didn’t have many injuries, then come through a picked up a few and is frustrated.

‘These competitive people want to be out there all the time. If he was losing at Monopoly, Alfie, he’d flip the board! He’s that type of character. I know that as I’m exactly the same, and I’d flip the board too! I’d rather get called a cheat than lose!

‘I see that competitive side in him. When he can’t get out there he gets really frustrated. He’s definitely had to be managed. The last eight weeks he’s changed, his mindset, his professionalism has gone up another level. It’s just maturing.’

All Blacks ready for another World Cup shootout, but not planning on it

England's Billy Vunipola 'very likely' to be available for Australia