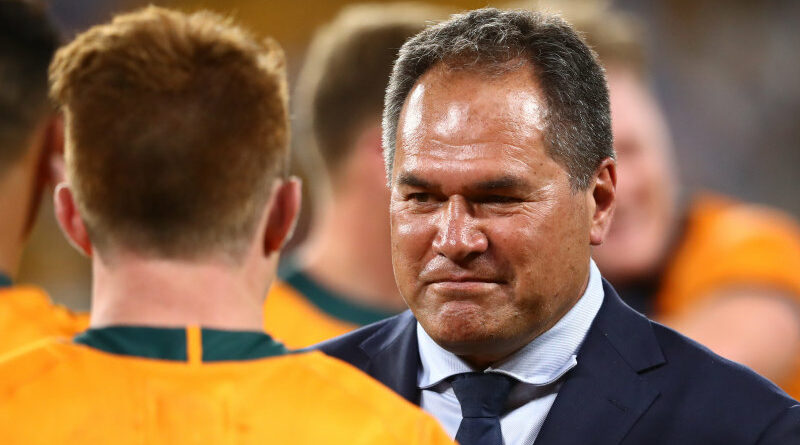 Dave Rennie alights from the golf buggy in shorts and thongs. It is the day before the Wallabies fly out for a four-Test tour of Japan and Europe.

After a three-year hiatus due to the World Cup and COVID-19, the familiar spring tour frisson is in the air. Though the squad will not assemble until they meet in Singapore, the scene will be the same. Passports, boarding passes, team managers with itineraries and furrowed brows. Players shifting uncomfortably in their number twos, some well-seasoned travellers but others heading north for the first time.

“The footy is tough up there, there’s a lot of arm-wrestles,” Rennie says. “A lot of our players haven’t played in the northern hemisphere and that’s where our World Cup is going to be in a couple of years’ time. It’s good for us.”

Back to the golf buggy. In case you missed it, Rennie is a paid-up member of the white shoe brigade now. After renting at Sanctuary Cove, on the northern reaches of Queensland’s Gold Coast, he and wife Steph bought into the affluent gated community at the mouth of the Coomera River.

They buzz around on golf carts, past the kangaroos grazing the development’s lush golf course and football fields, and around the marina with its expensive boutiques and jazzy wine bars.

If this sounds at odds with the image of the low-key Rennie with which rugby fans are familiar, the location is less an aspirational than a practical choice. With the 57-year-old touring for large chunks of the year and a three-year Glasgow chapter in the rear-view mirror, it was important for Steph to be close to family and friends. In an act of parental hopefulness, they also wanted a home and environs capable of luring over from New Zealand their three adult children. 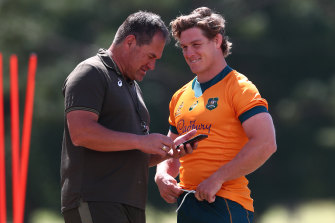 Wallabies coach Dave Rennie says he is ‘loving it here’ and is in for the long haul if Australia will have him.Credit:Getty

Still, the shorts and thongs are a comfort amid the kaftans and wellness cafes. You can take the coach out of Manawatu but you won’t get him into juicing.

“I’m loving it here,” he says. “It’s a really good challenge. We’ve got good men, the boys are working hard, we have outstanding staff. There’s a chance to create change, so it’s been enjoyable.”

It’s early days but the feeling is mutual. A series win over France in July and a run of four on the trot in the Rugby Championship has generated murmurs of a contract extension. Australia’s only other Kiwi coach, Robbie Deans, was the last man offered such a show of faith. Some will question whether it’s too early to extend the same to Rennie.

He has chalked up seven wins, six losses and three draws for an overall win rate of 43.75, lower than the 50 per cent records of his predecessors Michael Cheika and Ewen McKenzie. Backing up to beat the Springboks twice was a promising development but a Bledisloe Cup win has never felt further away. 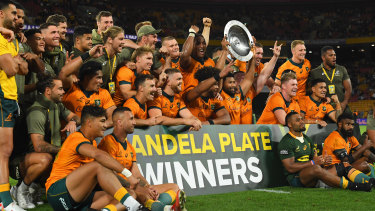 Silverware: the Wallabies backed up to beat the Springboks twice this year. Credit:Getty

There’s also succession planning to factor in, with former Brumbies coach Dan McKellar brought into the fold as the likely candidate. McKellar’s job title is forwards coach, but Rennie says the Australian’s experience as a head coach has seen him assume a senior assistant role.

“That’s been great for me,” Rennie says. “He’s driving various parts of our program, he’s a co-ordinator around our training program.”

He says there’s been no extension talk with director of rugby Scott Johnson but answers fast when asked whether he would commit for longer than his current agreement to take Australia through to 2023 World Cup. 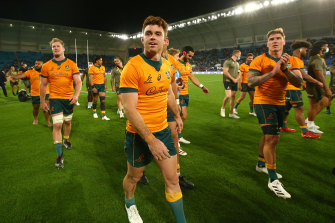 The Wallabies face Japan, Scotland, England and Wales before the end of the year.Credit:Getty

“There’s a balance around [succession planning] because I think that’s really important. All of the staff that we’ve got are doing a fantastic job, contributing massively. Those are things I’ve got to weigh up too. I want to make sure that we leave the game in a better place, so the timing based on who is there and keen and available, might influence that decision.”

The next five weeks will have some sway. The Wallabies play Japan next week, then fly to the UK to face Scotland, England and Wales. It’s a big tour that will decide whether the nascent positivity surrounding the Rennie era picks up pace or stumbles.

Fans will expect wins against Japan and Scotland and hope for triumph against Wales, who are under new coach Wayne Pivac, another Kiwi. But it will be their performance against Eddie Jones’ England that will attract the greatest scrutiny. England bundled Australia out in the quarter-finals of the 2019 World Cup on this weekend two years ago and next year they tour here for a three-Test series.

“He’ll know a lot about us and how we’re working. He’s a smart man and pretty well-resourced,” Rennie says of Jones. “He’s got an experienced side. They’re going to be tough. It’s really exciting for our boys, to play at Twickenham against England, with the squad they’ve got at the moment. It will be great.”

“I guess people are going to question whether they have the legs to be in the game in two year’s time. Well, we think so, but who knows.”

The trip will take Rennie and Johnson back to Scotland, where both were settled before the calls came to head south. Rennie, who coached the Glasgow Warriors, is still close to a good chunk of Gregor Townsend’s squad but insists it is no different to playing the All Blacks after coaching many of the players at the Chiefs and New Zealand under-20s.

In any case his focus is squarely on the Australian playing group, on and off the field.

The early signs are good. Quade Cooper and James O’Connor have made strong contributions. In Cooper’s case, the contribution was season-saving and made Rennie’s selection look like a masterstroke. Given border closures and injuries, there was also a fair flavour of needs-must.

The No.10 jersey remains one of the big question marks over the Rennie Wallabies as they build towards France in two years’ time. Brumbies youngster Noah Lolesio wilted under the All Blacks blowtorch while Cooper is in the winter of his career. Can Lolesio make the necessary strides in his development and Cooper go the distance? 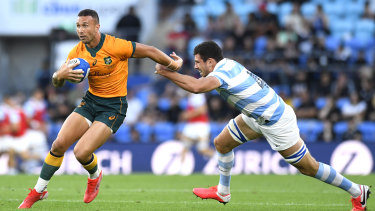 Quade Cooper turned around the Wallabies’ fortunes this year. Credit:Getty

“He’s (Lolesio) going to be a really good player, but we believe him staying home for this campaign is really important for his development,” Rennie says.

“The other two guys (Cooper and O’Connor), I guess people are going to question whether they have the legs to be in the game in two years’ time. Well, we think so, but who knows.”

Fullback and hooker are also key positions that remain up for grabs, while Rennie continues to probe options abroad. Second-rowers Will Skelton and Adam Coleman will join the squad in the UK, as will hooker Tolu Latu.

The last time the Wallabies set off on one of the traditional big tours was the 2019 World Cup. It was a poor campaign characterised by positional chopping and changing and a team and coaching staff who appeared to sulk and scowl through the experience. After Cheika resigned it emerged he and then-Rugby Australia boss Raelene Castle had rowed in public at an Australian Embassy function in Tokyo. ‘Brand’ Wallaby, once identified by Castle as Australia’s strategic advantage overseas, is in need of a rebuild.

Rennie knows this. You won’t see it on any match broadcast but a poster has hung in the Australian dressing room during each Test match under Rennie. There’s a large figure in a Wallabies jersey against a background of various symbols and images. The playing group named him “Wazza”. Representative of the perfect Wallaby, he holds a Test cap in one hand and a boomerang in the other. He is hard and abrasive on the field, he wants to win at all costs. But he understands where he comes from and who he’s fighting for when he crosses the paint on game day.

“For me it’s not about wearing flash suits or painting a picture of who we are … we’ll be judged around how we act and what we do,” Rennie says.

Wazza, they understand, can only take them so far. It’s up to the players to bring him to life. 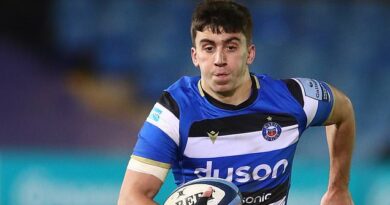