Eddie Jones has highlighted the damage caused by England’s injury crisis as Dylan Hartley and Co went through their final preparations for Saturday’s showdown with South Africa.

England begin their autumn international series against the Springboks at Twickenham before facing Japan, New Zealand and Australia later this month.

Jones has named a new-look side for Saturday’s clash, with Alec Hepburn making his first start in the wake of injuries to the likes of Mako Vunipola, his brother Billy and Courtney Lawes. 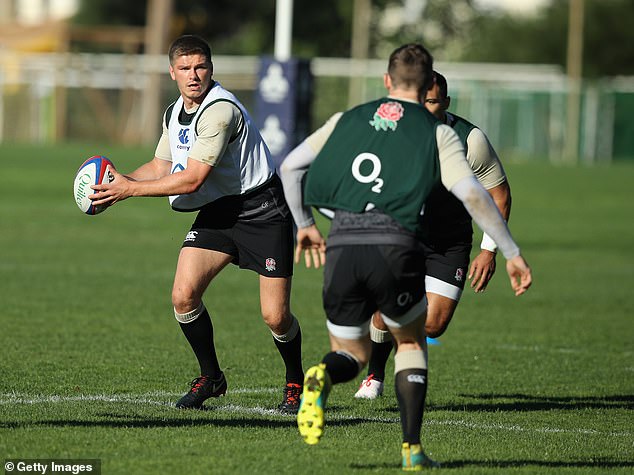 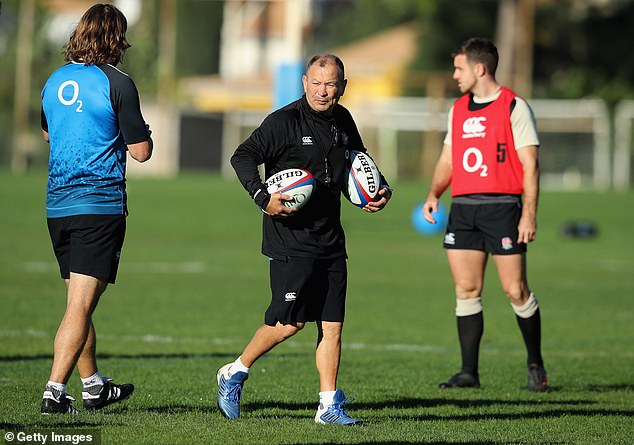 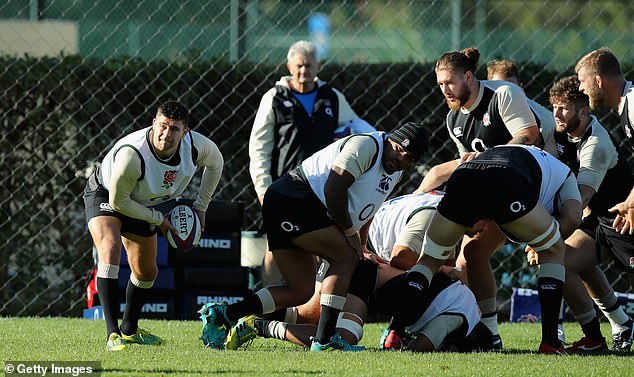 But the England coach is confident his squad retains sufficient depth despite the growing list of absentees.

‘We’ve lost 400 caps with the loss of the Vunipola brothers, Joe Launchbury and Courtney Lawes so that experience is hard to replace,’ Jones admitted.

‘But we’ve still managed to name a very strong bench of finishers with Jamie George and Danny Care who are outstanding players and they will lead the final charge.’

Jones put his squad through their paces on Thursday as the countdown continues to Saturday’s clash with the Springboks.

In the pack Hepburn comes in for Vunipola at loosehead prop, making his first England start and winning his third cap. 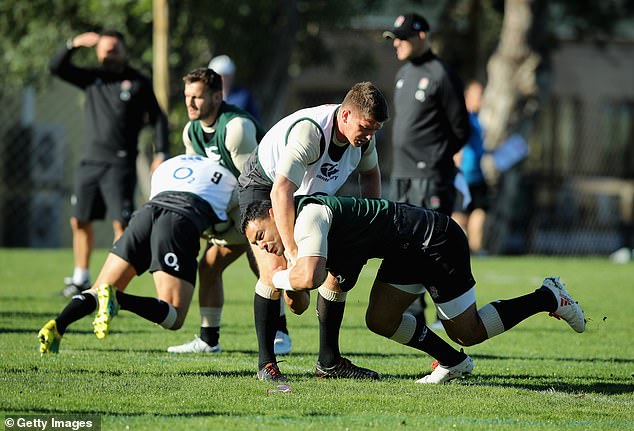 Farrell and Ben Te’o, who starts at No 12 against the Springboks, go through a physical drill 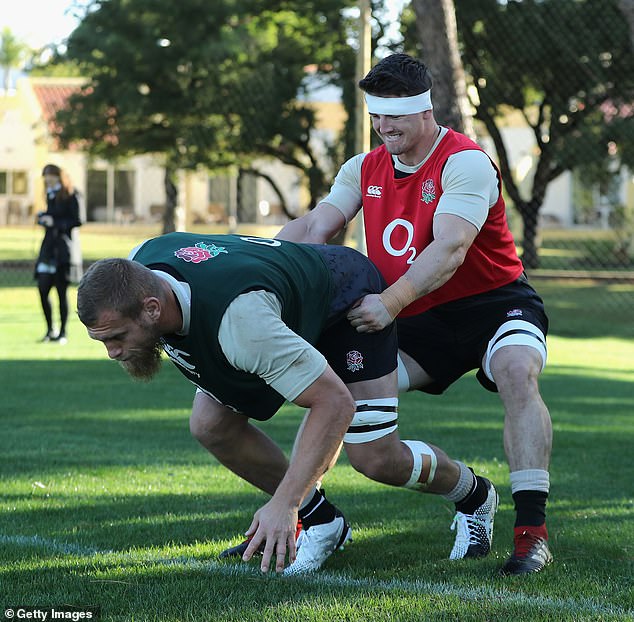 Brad Shields and Tom Curry, who will start in the pack on Saturday, are put through their paces

‘It was a really tight decision between him and Ben Moon, but the two of them will do a great job for the 80 minutes,’ said Jones. ‘Alec is a very vigorous player, good ball carrier, great chop tackler and plays with a high work rate.’

Jack Nowell was also named in the starting XV for the first time in nine months after he missed the summer tour in South Africa through injury.

But returning centre Manu Tuilagi has to settle for a place on the bench, while Chris Ashton missed out on the 23 altogether.

‘Jack is another work rate player, he has an incredible ability to find the ball and has great feet,’ Jones added. 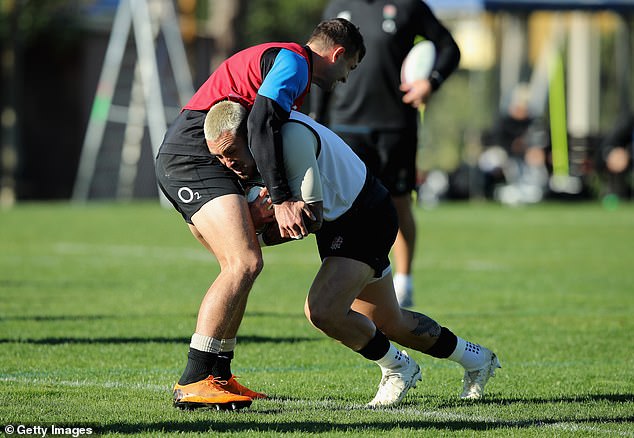 Wing Jack Nowell, here training alongside Jonny May, also makes his return to the starting XV 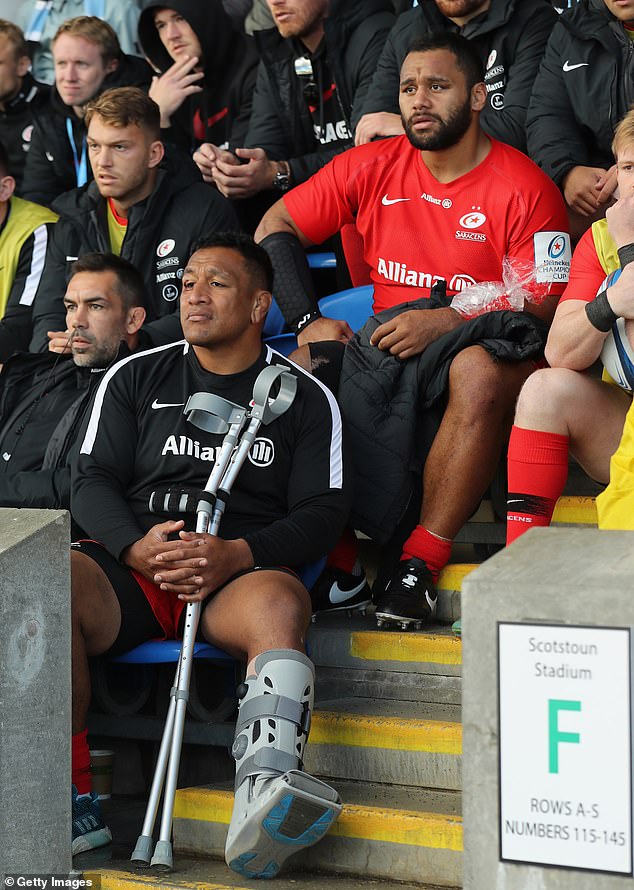 ‘It doesn’t get any worse’: Hunt says winless Waratahs must take good look at themselves 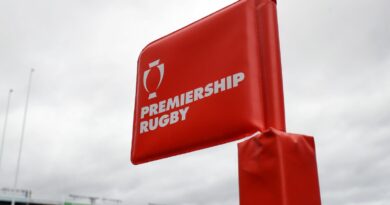