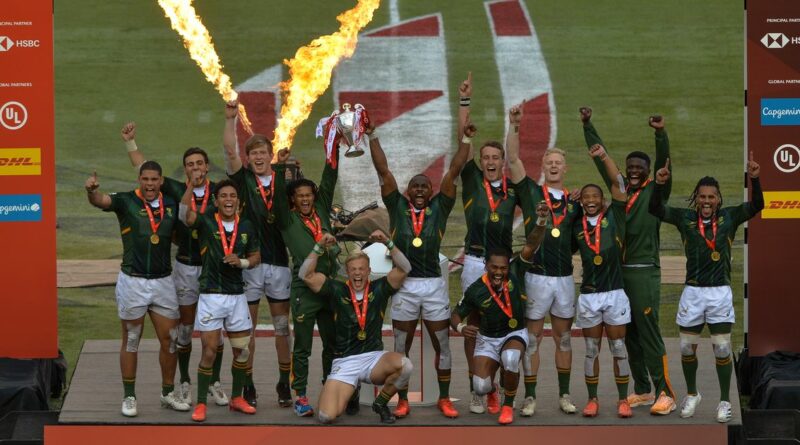 Sevens is set for a return to the sports calendar after World Rugby confirmed the 2022 season schedule, complete with three first-time host cities.

Spain will welcome the World Rugby Sevens Series to its shores for the first time as both Malaga and Seville prepare to host in January, while Toulouse in France will also make its debut as a venue.

Those sites will replace Sydney, Australia, and Hamilton in New Zealand as hosts after World Rugby said they would not return due to "logistical challenges associated with the Covid-19 pandemic in their region."

The tournament will feature 10 rounds of men's sevens and seven rounds in the women's competition, with the season set to kick off in Dubai over the weekend of November 26-27.

The first of two back-to-back weekends in Dubai will be played behind closed doors, but The Sevens Stadium will have crowds in attendance one week later on December 3-4.

The women's campaign will conclude on the weekend of May 20-22 in an all-inclusive event in Toulouse, with the men set to take centre stage as their season ends at London Sevens on May 28-29.

Sevens is hoping to capitalise after the sport went under the magnifying glass at the 2020 Tokyo Olympics, where Fiji and New Zealand emerged triumphant in the men's and women's events, respectively.

“Alongside popular and traditional rugby sevens venues it will be exciting to take the Series to new venues in Spain and France as the game continues to expand and captivate new audiences around the world with its fast, skilful and thrilling format. Rugby sevens is a key driver of global growth for our sport, particularly in emerging nations, and it firmly remains a top priority for our organisation.

Who do you think will emerge as Sevens Series champions in 2022? Let us know in the comments section.

“A lot of hard work has gone on behind the scenes to ensure we can announce a full Series schedule today and we thank HSBC, the host organisations, unions, commercial and broadcast partners for their unwavering support and spirit of collaboration as we navigate the challenges of the global COVID-19 pandemic together."

Traditional hosts Hong Kong will welcome the competition back for the first time in two years on the first weekend of April 2022, with their stage having become somewhat synonymous with the Sevens Series over the years.

Singapore will then hosts a men's only stage across April 9-10 before Langford, Canada, stages the penultimate women's weekend beginning April 30.

The 2021 Sevens Series was scrapped in its usual format as a result of the coronavirus pandemic and replaced by two mini tournaments held on back-to-back weekends in late September.

Great Britain beat the competition to win the women's 'Fast Four' tournament in Canada, while their male counterparts finished second to South Africa.

A hectic year for the sport won't end with the touring series, however, as Gilpin also previewed the competitions set to follow later in 2022.

“We now look ahead to the return of the HSBC World Rugby Sevens Series at full throttle ahead of what promises to be a very busy and exciting year for sevens with the Commonwealth Games in Birmingham and Rugby World Cup Sevens in Cape Town following the Series," he added.

“As ever, the health and welfare of players, fans and wider society continues to be our primary concern and we will work closely with all stakeholders to ensure the safe delivery of the Series.” 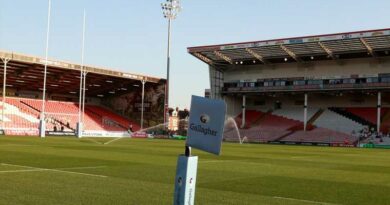