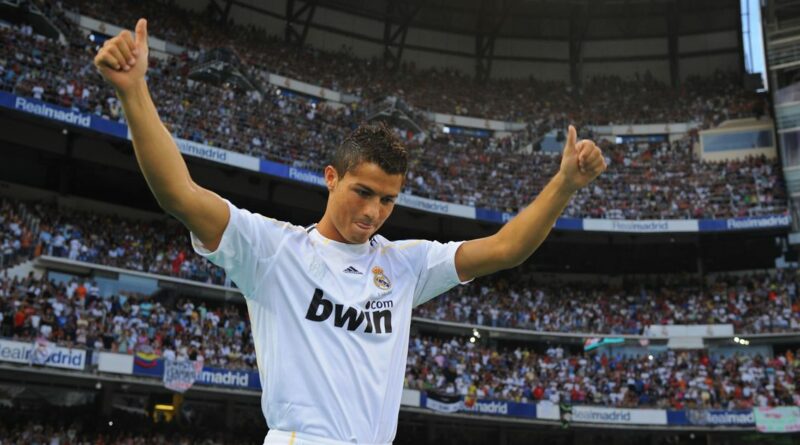 The fairy tale of Cristiano Ronaldo’s career looks to have reached its final chapter after the Portuguese forward returned to Manchester United this summer after leaving in 2013.

He left the club for a world record fee in 2009 but has since returned for just £20m on a two-year contract, which can be extended a further year.

United are known for selling players at high prices in order to fund big-money transfers.

But have they sold some players too soon? Should they given said players one more season to prove themselves at Old Trafford?

Let’s look at United’s ten most expensive departures, and how they faired after leaving the club.

In September 2014, having come through the United academy, Danny Welbeck was sold to Arsenal.

He spent five seasons with the Gunners, scoring 22 times in 88 league appearances. The England international’s time at the Emirates was hindered massively by injuries which led to his contract not being extended in 2019.

The 30-year-old then spent a season at Watford before moving to Brighton, where he remains currently as he attempts to revive his career.

Sir Alex Ferguson has since admitted his departure was a mistake, but in 2001 Jaap Stam was sold to Lazio.

The Dutch defender still possessed plenty of quality after departing Old Trafford, but ultimately he failed to win the league at Lazio, AC Milan and Ajax and retired in 2007.

Many felt that Memphis Depay was sold too soon by United. He went to Lyon and became a fan’s favourite with the Ligue One club.

The Dutchman scored 63 in 139 league appearances for Les Gones, though he never managed to win a trophy with the club.

This summer, the 27-year-old joined Barcelona on a free transfer on a two-year contract with a £342m release clause, he is expected to soften the blow of the Lionel Messi departure.

Now playing under former manager Jose Mourinho, Chris Smalling ended his ten-year spell with the Red Devils and made his loan move with AS Roma permanent last year.

The English defender is yet to make an appearance this season due to an injury but he featured regularly last season.

Now with Raphael Varane on United’s books, Ole Gunnar Solskjaer will not be rueing the sale of Smalling.

He struggled to hold down a position in the Toffees midfield in four seasons at the club under several different managers and often looked like the club would sell him and try and cut their losses.

Ahead of the 2020/21 campaign, Schneiderlin joined Nice in the Ligue One and he has been a regular inclusion in the team.

Should United regret any of these sales? Comment below.

This summer, Dan James left Manchester United in favour of a move to Leeds United.

The Welsh winger struggled to impress at Old Trafford and the arrival of Cristiano Ronaldo means that he will fall further down the pecking order under Solskjaer.

Leeds manager Marcelo Bielsa has been openly keen on bringing James to Elland Road, especially following his failed transfer from Swansea City, so is expected to play a major role at his new side this season.

Beckham became a Galactico when he joined Real Madrid in 2003 for £30m, despite almost signing for FC Barcelona earlier that window.

Madrid had plenty of talent in their side during Beckham’s time in Spain, including Zinedine Zidane, Roberto Carlos, Ronaldo and Luis Figo, but they only managed to win the La Liga once whilst the Englishman was on their books before he moved to LA Galaxy.

Beckham made his mark in America and secured himself the opportunity to co-own a club, Inter Miami, before moving to AC Milan and then going on loan to Paris Saint-Germain to round off his career.

After flopping at United, Di Maria saved his career by joining PSG.

At the French club, he has been a revelation, winning four league titles in seven seasons so far and scoring 52 goals along the way.

The Argentine has showcased all the ability that justified him being one of the most expensive transfers of all time when he signed for United initially.

Now of Chelsea, Romelu Lukaku has become one of the best strikers in the world.

The Belgian forward prevented his career from declining by moving to Inter Milan, where he was able to be the main centre forward and work on his fitness.

Lukaku scored 47 in 72 at the San Siro outfit, helping them to the Serie A title last season before moving back to Chelsea for £97.5m.

Many United fans will regret their club selling Lukaku, but he may not have been given the time, patience and opportunities to become the striker he is today if he stayed in Manchester.

Ronaldo left United for Real Madrid for £80m in 2009 and, as well as the most expensive player ever at that time, he became one of the greatest ever.

Ronaldo won two La Liga’s and four Champions Leagues at Madrid, scoring 450 in 438 at the club. He recently became the all-time international top scorer too.

The five-time Ballon d’Or winner left in 2018 for Juventus, where he broke numerous records too. 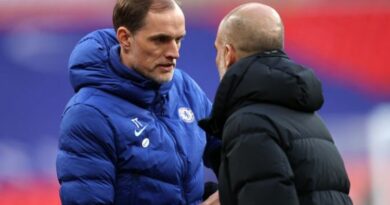