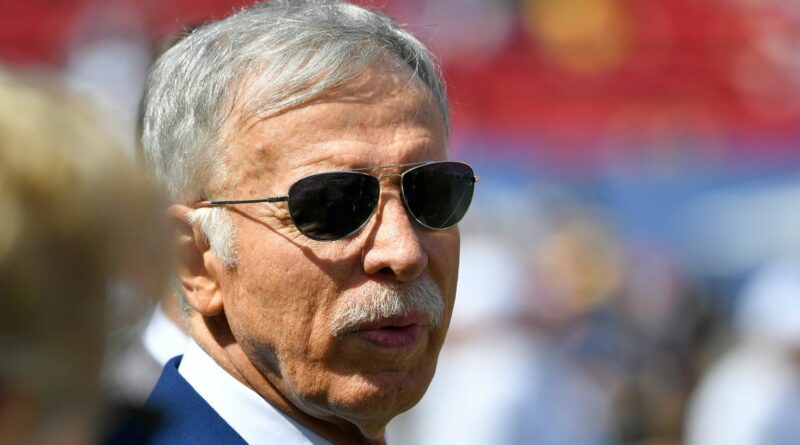 There is plenty of money set to be up for grabs in the European Super League though most owners of the clubs involved are already billionaires.

Twelve giants of the European game have launched a proposal for a breakaway division with six of them coming from the Premier League.

The ‘big six’ as they are cumulatively known are already backed by mega-rich owners with the likes of the Glazers and Roman Abramovich not short of a few bob.

Abramovich has owned Chelsea since 2003 and is worth over £10billion.

He took Chelsea from a club chasing the Champions League places to a regular in Europe’s top competition.

The Russian still splashes the cash with the Blues spending £200m on the likes of Timo Werner, Kai Havertz and Hakim Ziyech last summer.

Kroenke first got involved with Arsenal in 2007 before taking a majority share in the Gunners four years later.

He only gained complete control in 2018 after buying out remaining shareholder Alisher Usmanov's stake in the club.

Many fans are frustrated at the way Kroenke runs the club with finances seemingly constantly limited despite his near £6billion net worth.

Fenway Sports Group took over at Anfield in 2010 and have guided Liverpool to plenty of success on the field.

The Reds are reigning Premier League champions though fans are clearly not happy with the European Super League idea.

Liverpool worked so hard to be crowned kings of England again, and supporters want John W Henry and FSG to keep them there.

There have been plenty of protests against the Glazers by Manchester United fans but the American family are still in charge at Old Trafford.

The club’s astronomical debt has worsened during the coronavirus pandemic, though the family are still believed to be worth over £3billion.

United have not won the Premier League since 2013, and it has been even longer since Champions League success.

While chairman Daniel Levy pulls the strings at Spurs, the money comes from Joe Lewis.

Lewis took over from Lord Alan Sugar in 2001, though Tottenham are now without a trophy for 13 years.

They get the opportunity to break that duck when they take on Manchester City in Sunday’s Carabao Cup final.

Sheikh Mansour is worth over £15billion and he has not been afraid to plough his billions into Manchester City.

Since taking over in 2008 City have been constantly battling at the top of the Premier League, though are yet to win the Champions League.

Sheikh Mansour is popular at the Etihad, though demonstrations on Tuesday prove fans want no part in the European Super League.

The Agnelli family have been in control in Turin for almost a century, and have made Juventus Italy’s most successful club.

They have won 69 major trophies, with fellow European Super League founders AC Milan a long way back in second with 48.

Andrea Agnelli is a vice-chairman of the ESL having previously been ECA chairman too.

Barcelona are one of four La Liga clubs owned by supporters. Each year, 144,000 people pay membership fees and vote on key decisions.

Joan Laporta was recently named new president at the Nou Camp for the second time, and he is in charge of sorting contracts with players and staff.

Real Madrid are another of the member owned clubs in Spain, though a lot of anger is being directed at president Florentino Perez.

He is also the chairman of the European Super League, and has regularly been speaking on favour of the new division.

Though Los Blancos decisions are down to their 90,000 members, who each have their own vote.

American firm Elliott Management Corporation only took in 2018 with AC having their best season under the owners this year.

They have a new stadium potentially on the horizon and things look bright for those in red and black.

AC Milan will always be regarded as European giants, so it’s no surprise they were involved in Super League talks.

The Chinese group took over in 2016 with Inter enjoying a purple patch on the pitch and looking almost certain to win the Serie A title.

Though financial worries surfaced in February with Suning-owned Chinese Super League champions Jiangsu FC having been forced to 'cease operations'.

The European Super League will certainly help ease those fears given the income that it is expected to generate.

Miguel Angel Gil Marin is one of three owners at Atletico though he has 51 per cent.

It’s Israeli businessman Idan Ofer who accounts for £4.6billion of the Atleti owners' £5billion net worth though.

Atletico have shone in recent years and are pushing for their 11th La Liga title this season.

READ MORE: From Rocket to Tubes: Where are Soccer AM's cast and crew now? 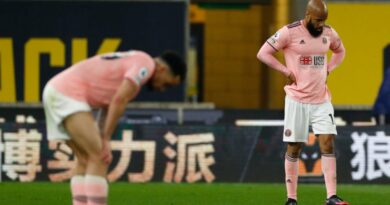 Sheffield United relegated from Premier League after defeat by Wolves