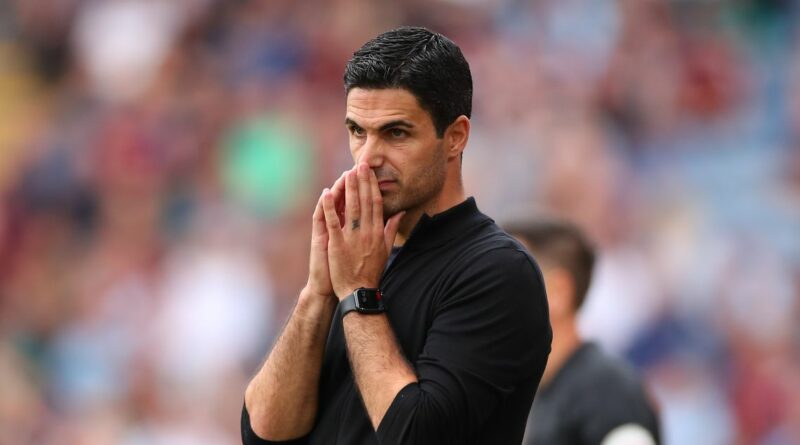 Arsenal host Tottenham on Sunday in the seasons first north London derby, and with both sides experiencing inconsistent starts to the campaign, the stakes are as high as ever.

The Gunners endured their worst ever start to a Premier League season, losing their opening three games without scoring a single goal.

Mikel Arteta's side have turned things around though, and recorded back-to back 1-0 victories against Burnley and Norwich to get off the mark.

Although results have picked up, Arsenal are yet to have that breakthrough performance, and Daily Star Sport takes a look at four players who must step up against Tottenham.

Pierre-Emerick Aubameyang scored Arsenal's first Premier League goal of the season as he bundled in an effort against Norwich at the Emirates, and if the Gunners are to have any success this season, it's crucial that the Gabonese striker performs.

At the opposite end of the field, Tottenham will have Harry Kane threatening the Arsenal goal, so Arteta will need his striker to be firing on all cylinders on Sunday.

Aubameyang is the main main at Arsenal, and scored a hat-trick in the Carabao Cup to prove he is still hungry for goals, but Arteta will be hoping that he can convert this in the Premier League.

The 32-year-old was rested for Arsenal's midweek tie against AFC Wimbledon, whereas Tottenham's game against Wolves went all the way on Wednesday.

Ben White was Arsenal's big summer signing, as the defender signed from Brighton and Hove Albion for a deal worth £50million.

White's career at Arsenal didn't get off to the best of starts, as he was bullied by Brentford's Ivan Toney as the Gunners lost their opening fixture 2-0, but the defender has helped Arteta's side to two clean sheets since returning from illness.

This will be White's first north London derby, and there will be no better chance to impress Arteta and the fans if he can keep Kane quiet.

The 23-year-old has a bright future ahead, but faces a difficult test against Tottenham.

Will Ben White be a future star at Arsenal? Comment below

Thomas Partey has featured in Arsenal's midfield for the past three games after missing the start of the season through an injury he sustained against Chelsea in pre-season.

The midfield is an area that Arsenal have lacked consistency, but Partey's introduction appears to have stabilised things while Granit Xhaka has been serving a suspension.

The game against Tottenham will likely be won or lost in the midfield, so Arteta needs Partey to step up and run the show from the centre of the Emirates turf to stand a chance of winning the derby.

Partey is yet to majorly stamp his authority since arriving from Atletico Madrid in 2020, but Arteta will be hoping that this is his year.

Kieran Tierney has been involved in every Premier League game for Arsenal this season, and the pacey Scotsman will be put to the test against Nuno Espirito Santo's counter-attacking style.

Tierney arrived at Arsenal from Celtic in 2019, and has undisputedly held down the left-back role since signing for the club, although injuries have hampered the defender's success.

Arsenal signed young full-back Nuno Tavares this summer, so Tierney now has a threat waiting in the shadows for if his form dips, meaning that the 24-year-old must remain consistent to keep his place in the side.

Tierney is a threat out wide, and Aubameyang will be hoping that his teammates deliveries are spot on throughout the north London derby.