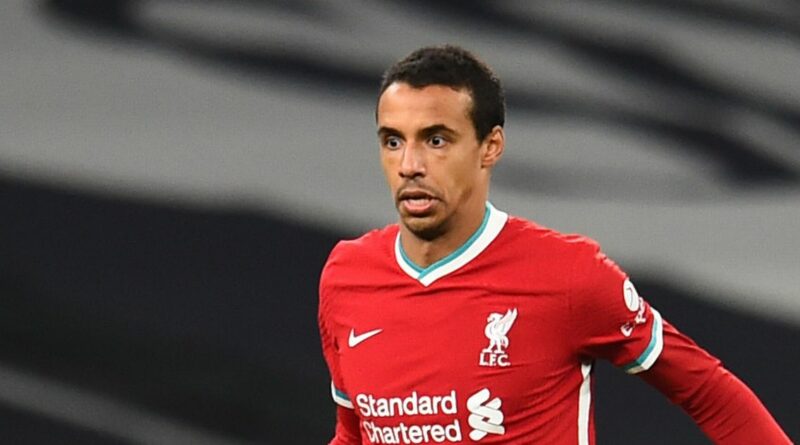 Liverpool may have to turn to an emergency signing in the current transfer window.

It comes after losing Joel Matip against Tottenham to injury, who suffered a serious ankle damage.

Jurgen Klopp is now left without a single senior centre-back, made worse by Fabinho missing out on Thursday night as well.

Rhys Williams and Nat Phillips could fill in but both are vastly inexperienced and the German manager has admitted he could do with a signing.

"If you have a centre-half available at a reasonable price, and one with the quality we need, then send me a message," Klopp said after the match.

"We thought [about making signings] and we think the whole time but it's about doing the right thing.

"We need to find the right player. It's incredible what's happening in the defensive line."

But who could Liverpool turn to with time running out in the transfer window?

Klopp knows Subotic well from his time at Borussia Dortmund, where the Serbian was a staple of his side.

He was released from Turkish outfit Denizlispor this month and at 32 is hardly over the hill just yet.

If Klopp wants a quick fix, Subotic could be the answer – he knows the Liverpool boss and his tactics, has vast experience and would not demand silly money.

Another free agent is Garay, who was released from Valencia last year and is yet to pick up a new club.

The Argentine has been linked with a move to the Premier League in the past with Manchester United interested.

At 34, his age could be a problem, as well as potential wages, but could lend a hand to the youngsters with his experience.

Zinedine Zidane has his favourites at Real Madrid and that means for any fringe player, it is quite the task to break into the starting XI.

That is the situation Militao finds himself in, who has played just three La Liga games this season.

A loan away would benefit all parties and Liverpool could do with the 23-year-old, who has been tipped for stardom.

A shock addition with Arsenal desperate to rid themselves of the Germany international.

But Mustafi could be the right answer for Klopp, with the former Valencia star's passing somewhat ignored.

With Liverpool more than likely to dominate possession against the smaller teams, the 28-year-old could be a decent stop-gap.

Of course, there is the option to just go all out and try sign RB Leipzig star Upamecano.

The Frenchman is on Liverpool's radar, as well as almost every elite European side, with a £36m release clause set to come into effect this summer.

But if they make an offer that gazumps the upcoming release clause, the Bundesliga outfit may be tempted as to avoid losing the defender for way below his market value.

That remains a longshot at Anfield, who are already looking to trim costs because of the pandemic.